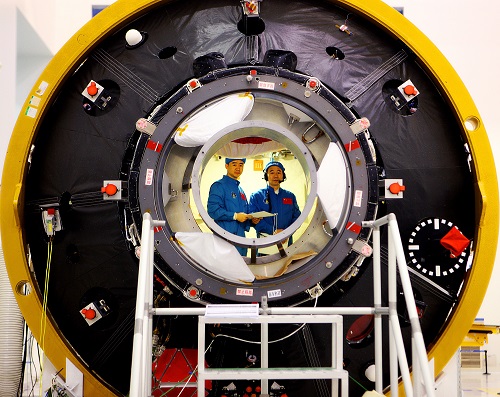 The tests were conducted in the western suburb of Shanghai, by the 801 research institute of CASC 6th Academy. The main components of the experiment module’s propulsion system were installed to work in space. The engines and parts all performed well in the trial and no malfunctions were recorded, further proving the accessibility of the design.

Engines for a space station experiment cabin must work for at least 15 years. Besides guaranteeing the longevity, designers must strictly abide by the total weight restriction of the 36 engines required.

For instance, scientists had to devote great time and effort to reduce the weight of one engine unit from the designed 16 kilograms to 10 kilograms in order to make it perform better. The final product passed the trial without issue.

The propulsion system will be manufactured according to the current design. According to the country’s manned space program, Chinese scientists will launch a core cabin of the space station in around 2020. The experiment module will be sent into space in 2022.