CHINA Expert: Hebei outbreak can be contained in a month

Expert: Hebei outbreak can be contained in a month

The ongoing COVID-19 outbreak in Shijiazhuang, Hebei province, can be contained within a month, if not sooner, a renowned epidemiologist in Shanghai said on Monday. 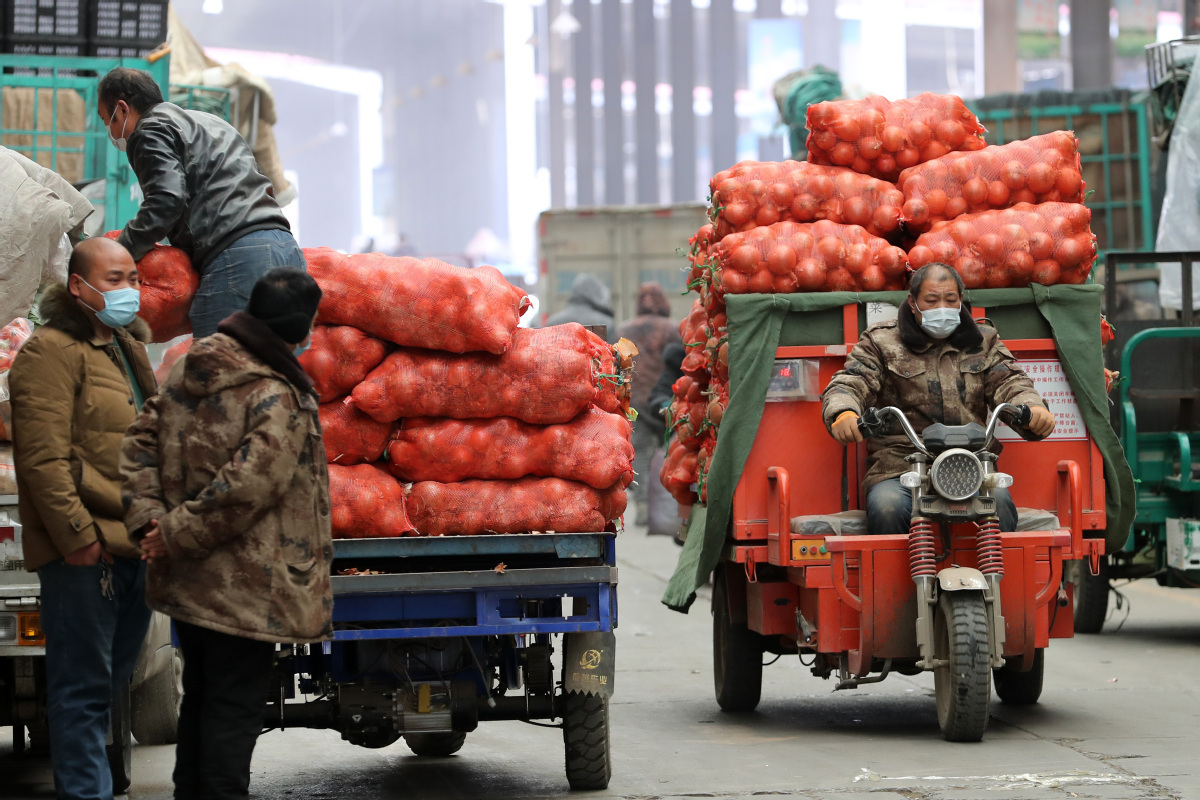 Vegetable dealers transport produce at a wholesale market in Shijiazhuang, Hebei province, on Monday. The market will guarantee an ample supply of vegetables and fruit despite the recent COVID-19 outbreak, officials said. (Photo: China Daily)

Zhang Wenhong, director of the infectious diseases department at Huashan Hospital affiliated with Fudan University, said the spread of the novel coronavirus usually obeys the rule of three developing phases: sporadic infections, outbreak in clusters and wide spread in the community.

Zhang said the outbreak in Shijiazhuang, the provincial capital, has shown features of the second stage, but the public has no need to panic as China has seen progress in building the capacity to diagnose and isolate potential carriers since last year.

He made the remarks on Monday while participating in an online anti-epidemic forum.

The optimism came as the city races to roll out a second round of nucleic acid testing starting on Tuesday for its more than 10 million residents. The new round is scheduled to be completed within two days, city officials said.

The province reported a total of 281 confirmed cases and 208 asymptomatic carriers as of noon on Monday, with the majority of cases detected in rural areas.

In a previous testing drive, which concluded on Saturday, 354 people tested positive for COVID-19, said Gao Liwei, head of the Shijiazhuang Center for Disease Control and Prevention's microorganism department.

The province recently became a hot spot for COVID-19 after Shijiazhuang and the nearby city of Xingtai began reporting locally transmitted infections over the year's first weekend, triggering a lockdown in Shijiazhuang that started on Thursday.

As part of a concerted effort to ensure people's livelihoods amid the lockdown, a car-hailing service owned by Amap, a navigation platform, teamed up with a local partner to roll out a fleet of cars to help deliver food, medicine and other essential supplies.

The companies said they will also help drive patients with fever to hospitals if necessary, and ferry health workers between their homes and workplaces in Shijiazhuang.

The city also allowed couriers and other delivery personnel to return to work on Sunday.

Eleven other communities and villages have been designated as medium-risk areas, bringing the number of the province's medium-risk areas to 39 as of Monday night. Shijiazhuang's Gaocheng district is the country's only high-risk region.

In Beijing, rural areas in the city's Shunyi district have been placed under lockdown to curb the spread of the virus starting on Monday, said Zhi Xianwei, executive deputy head of the district.

"Everyone in Shunyi's rural areas will be under lockdown until the testing results come out," he said, adding that the second round of mass nucleic acid testing has started in the district.

Beijing has also tightened the management of transportation, requiring passengers to register their health code via a smartphone application when taking a taxi or using car-hailing service.

Operation of taxi companies or car-hailing platforms that fail to meet epidemic control and prevention requirements will be suspended, said Xu Hejian, a spokesman for the Beijing city government, on Monday.

Beijing had previously reported three confirmed COVID-19 cases among drivers who work for a car-hailing company.

As of 10 am on Monday, the county reported 20 asymptomatic carriers, said Li Yuefeng, secretary-general of the Suihua government. Li said at a news conference on Monday that mass testing covering all the county's residents will be finished within three days.

The Chinese mainland had reported 103 confirmed COVID-19 cases in the 24 hours that ended at the end of the day on Sunday, according to the National Health Commission, making it the steepest increase in a single day in more than five months.

The last time the commission reported a three-digit rise in 24 hours was in July 2020, with 127 confirmed cases.