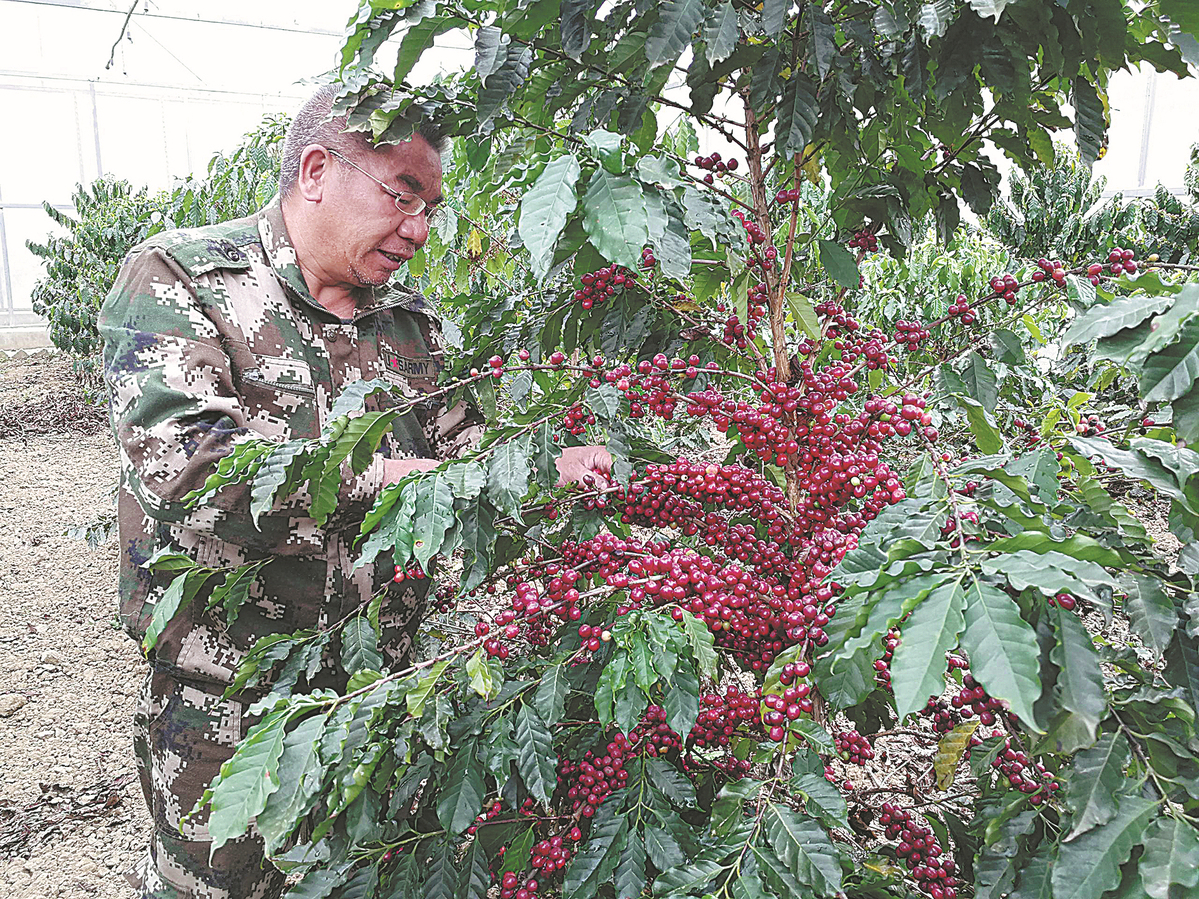 Coffee shops are popping up on nearly every street corner in urban China. When office workers grab a cup of coffee to energize themselves from places such as Starbucks and Costa, it is unlikely to occur to them that the brands from overseas use beans grown in Southwest China's Yunnan province.

Last year, Yunnan produced over 98 percent of the roughly 120,000 metric tons of coffee beans produced in China, while people nationwide consumed 252,000 tons of the beans, according to the Coffee Engineering Research Center of China.

Huang Jiaxiong, a researcher at the Yunnan Academy of Agricultural Sciences' Tropical and Subtropical Cash Crops Research Institute, said domestic production is not yet enough to fill the supply gap, which will continue to increase. He said the gap is due to Yunnan's sales of raw beans both at home and abroad, and the price of those unprocessed beans is easily affected by the price of international futures. The fluctuating price has led to fewer farmers willing to grow the beans.

According to the Ministry of Agriculture and Rural Affairs, coffee bean production hit its peak in 2016, reaching 160,300 tons that year. Since then, production has hovered around 100,000 tons annually.

"To make Yunnan coffee popular and grab a share of the growing market, it is necessary to develop specialty coffee whose price is not affected by futures prices," Huang said.

Specialty coffee is more expensive. For example, ordinary coffee can be sold for 30 yuan ($4.44) per kilogram, while civet cat poo coffee can go for up to 3,000 yuan per kg, he said. "It would be a major task to boost specialty coffee production and improve deep processing technology to increase the market share of such products," he said.

Decades ago, Chinese people seldom drank coffee. It's hard to believe that Yunnan, better known as the birthplace of Pu'er tea, has become the country's largest coffee production area. Yunnan has a tropical inland mountain climate, sufficient sunlight and big temperature swings between day and night, conditions that are favorable for growing coffee, Huang said.

Huang, who has been researching coffee-producing technology for nearly 40 years, said that in the 1980s, coffee was generally produced for foreign markets in order to establish trade relationships. "All the 11 graduates who worked with me left the institute," he said. "What made me stick to this career was the desire to increase farmers' incomes."