BEIJING, Jan. 16 (Xinhua) - Experts have called for efforts to streamline China's collection system of e-waste and crack down on illegal disposal of unwanted household appliances, the China Daily reported Wednesday. 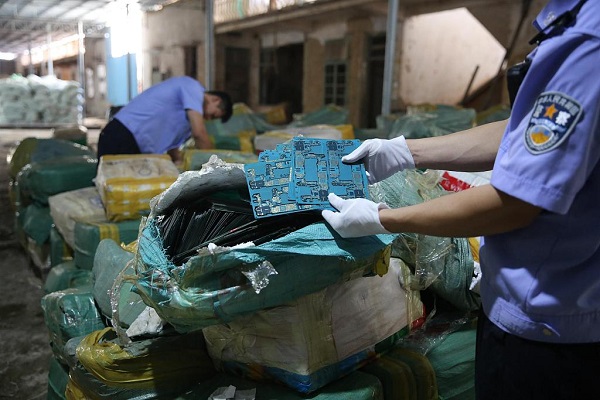 A large quantity of electronic waste in China is collected by small businesses before being sold and dismantled illegally by unqualified companies that spend little on pollution control, said the report.

The existence of such trade link is criticized by experts for making the cost of recycling e-waste by licensed recyclers too high and leaving the companies who are willing to treat the waste properly much lower profit margins than illegal recyclers.

Yu Keli, secretary-general of the electronic products division of the China National Resources Recycling Association, suggested setting up public collection points where families could leave their home appliances to be sent directly to licensed recyclers, according to the report.

In addition to crackdowns on e-waste being dismantled illegally, manufacturers are expected to play a bigger role in upgrading products to make them more recyclable and investing in green businesses.

Consumers are also urged by experts to change mindset on making money on the e-waste they intend to discard, the report said.