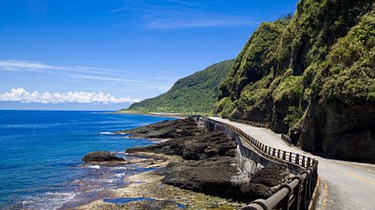 TAIPEI, Dec. 17 (Xinhua) -- More than 70 cross-Strait academics and businessmen called for increased cross-Strait cooperation in environmental protection, at a forum in Taipei Monday.

Peng Bin, deputy secretary general of the Chinese Society for Environmental Sciences (CSFES), said that strengthening ecological protection was the "common choice" of the Chinese mainland and Taiwan, hoping more consensus would be reached at the forum.

Chang Pen-Tsao, chairman of Taiwan federation of commerce, said that Taiwanese companies should shoulder due responsibilities on environmental protection when they invest and set up plants on the mainland, adding that such consciousness and actions would be beneficial in the long term.

Chang said that he hoped the environment would be well protected while the economy developed through cross-Strait cooperation.

Liu Chunxin, an environmental protection expert from the mainland, suggested that cross-Strait scholars conduct more research on the risk of using drugs in soil restoration, citing the rapid development of the industry.

The forum has been held alternately on the mainland and in Taiwan since 2012.