CHINA Experts close in on origins of Hebei cases

Experts close in on origins of Hebei cases

Experts estimate that patient zero, the first patient in the Hebei province coronavirus outbreak recently, would have been infected before Dec 15, based on gene sequencing and an epidemiological survey. 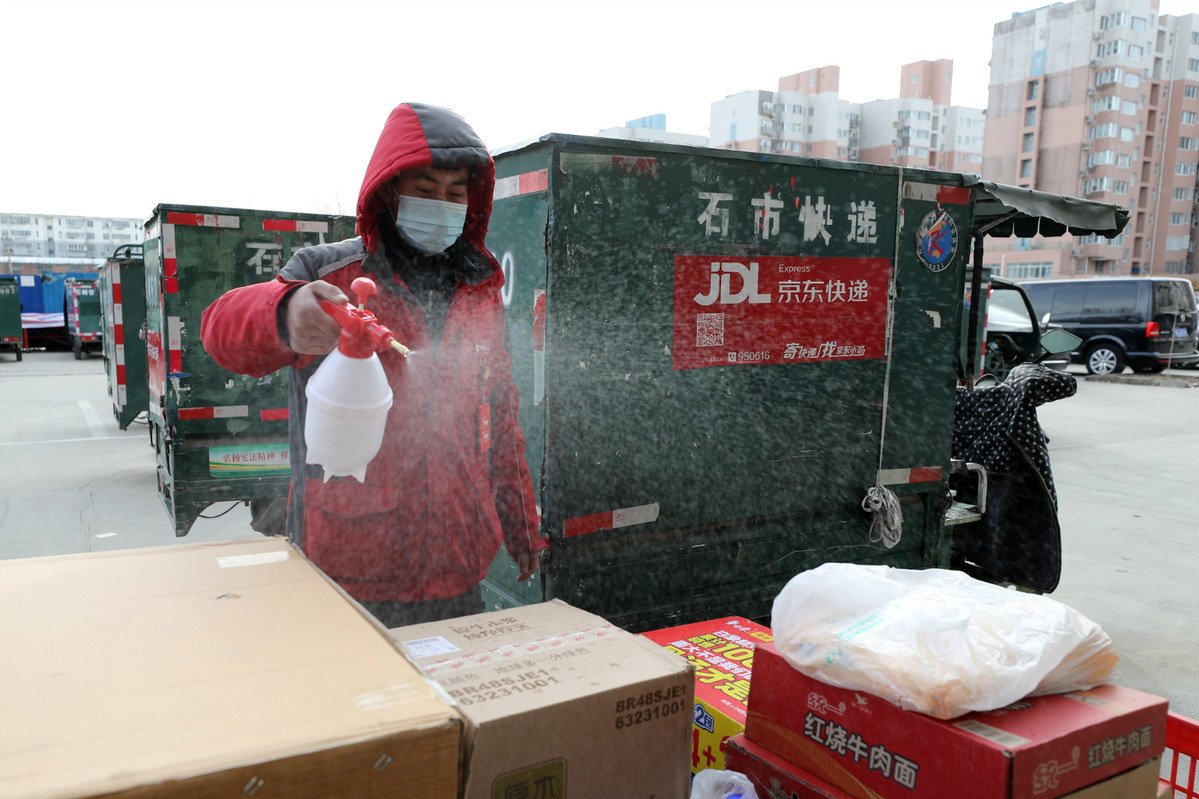 A courier disinfects parcels before delivering them in Shijiazhuang, Hebei province, on Sunday. The city's delivery service resumed to help replenish residents' stocks as people are restricted to their homes to curb the virus spread. (Photo: China Daily)

"The risk of further spreading (the virus) still exists, and the work to trace its origins are underway," Shi Jian, head of the Hebei Provincial Center for Disease Control and Prevention's emergency management office, said on Sunday, adding that the outbreak still hasn't reached a peak.

Genetic sequencing of the virus found in confirmed cases in Shijiazhuang and Xingtai cities in Hebei also showed the coronavirus strain is a European one and is not related to the recent domestic outbreaks, Shi said. He added that the Hebei virus was not a variant of those discovered in the United Kingdom or South Africa.

According to Shi, as of 2 pm Saturday, 119 people who had close contact or secondary contact with confirmed cases in Hebei have been located in 20 provinces. Their COVID-19 tests were all negative.

Both the provincial capital of Shijiazhuang and Xingtai, where all the cases have been found, were placed in lockdown last week to contain the virus spread. Members of the public have also been barred from making unnecessary trips.

However, couriers and other delivery personnel in Shijiazhuang were allowed to resume work on Sunday after their test results were negative. Authorities have put a number of measures in place to ensure residents' daily needs are met.

Over 25,000 delivery personnel have completed a second round of nucleic acid testing, said Ma Yujun, acting mayor of Shijiazhuang.

Zhao Qi, head of a logistics station in Shijiazhuang's Xinhua district, said most of his delivery workers had returned to their jobs after finishing two rounds of testing.

Li Qing, one of the deliverymen, said he was a bit worried when he was told to stop working and quarantine at home late on Tuesday.

"But now I am relieved, because our jobs are in urgent demand during the lockdown, " Li said.

"To restore the courier service is to guarantee people's well-being," he said.

To further contain the spread, Nangong city in Xingtai has begun a second round of mass nucleic acid testing. Shijiazhuang will start citywide testing and expects to be finished in two days, which is faster than the first round, the deputy mayor of the city, Meng Xianghong, said on Sunday night.

Its construction was completed late on Friday in less than 20 hours.