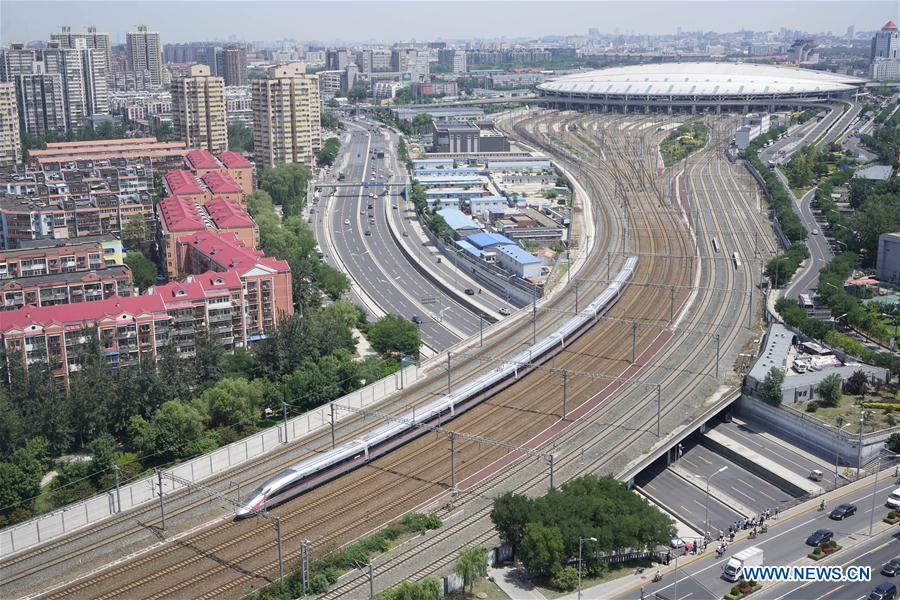 The sessions of the National People's Congress and the National Committee of the Chinese People's Political Consultative Conference take place at a time when China marks the 100th anniversary of the founding of the Communist Party of China (CPC) and the start of the 14th Five-Year Plan period (2021-2025), embarking on a new journey to fully build a modern socialist country.

George Tzogopoulos, director of EU-China programs and senior research fellow at the International Center for European Studies, a think tank based in Nice, France, said this year witnessed China's victory against absolute poverty. The Greek expert expressed his belief that the "two sessions" will further demonstrate China's determination and measures to build a new development pattern.

Alexander Pevzner, a researcher at the Institute for National Security Studies and the founding director of Israel's Chinese Media Center, told Xinhua that he pays great attention to the "two sessions."

The year 2021 is the centennial of the establishment of the CPC, he said, adding that he hopes to see positive signals from China that would demonstrate a way forward for the benefit of mankind.

The Israeli researcher said he hopes that the 14th Five-Year Plan will bring opportunities for Israel and China to strengthen cooperation, especially on climate change and food security.

Zarko Obradovic, a member of the Serbian parliament and president of the Friendship Group with China, said China is fostering a new development pattern featuring "dual circulation," in which domestic and overseas markets reinforce each other, with the domestic market as the mainstay.

He noted that it would help China take advantage of the development of the domestic market and make China an ideal economic partner.

Moreover, China's victory against absolute poverty is of extreme importance not only for China, but also for the rest of the world, said Marios Mavrides, a Cypriot economist and an accounting and finance associate professor at the European University of Cyprus.

Boga Thura Manatsha, senior lecturer at the Department of History of University of Botswana, said that China needs the world for its economy to continue growing and the global economy also needs China to make a sustained comeback.

"It is basically a win-win scenario," he said, noting that as the whole world, especially developing countries, has been hit hard by COVID-19, China has a critical role to play in reviving the world economy.