Experts explain cause, duration of rainstorms 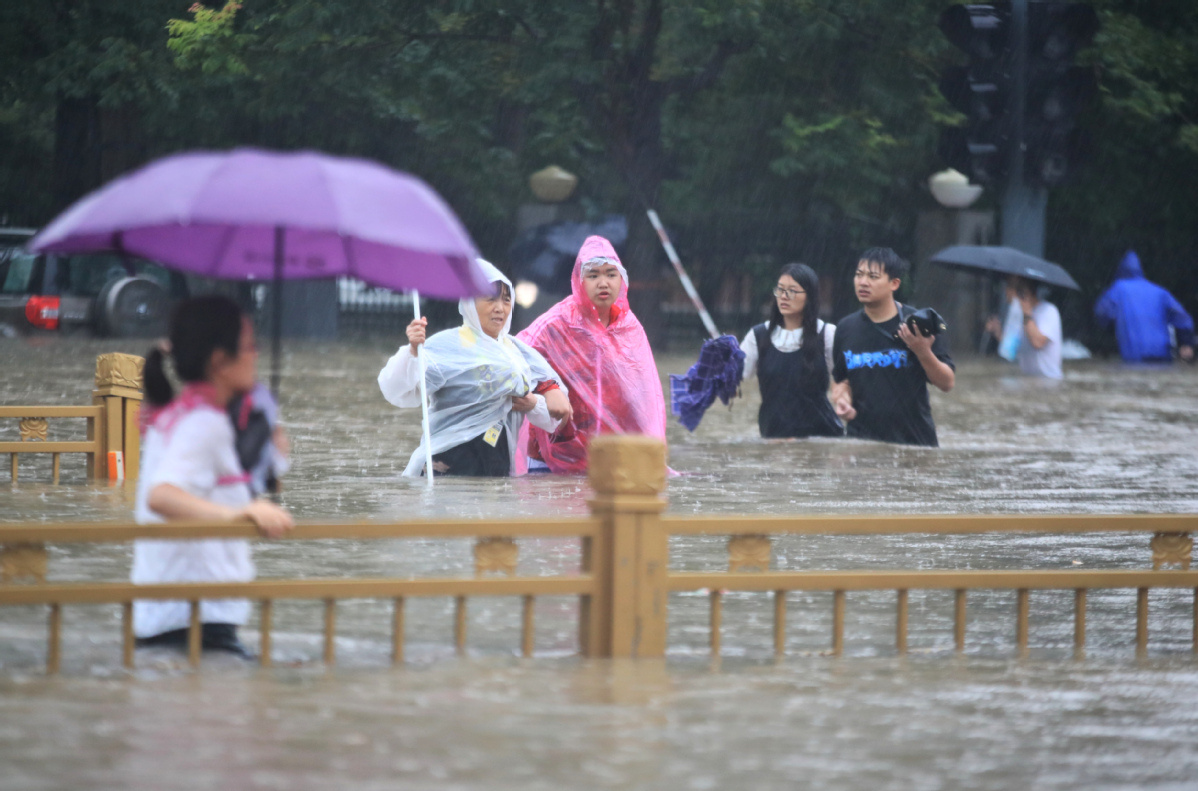 How heavy were the recent rainstorms in Henan?

The cumulative rainfall in the province during the four days was the highest since the province has records, the provincial meteorological service said.

The rain was heaviest in the provincial capital, Zhengzhou, for a short period on Monday and Tuesday. Northern, western and central parts of Henan also experienced downpours, the service said.

Zhengzhou's biggest one-hour precipitation — 201.9 mm between 4 and 5 pm on Tuesday — was also the highest on the Chinese mainland. The previous record was 198.5 mm in the village of Linzhuang in Zhumadian in August 1975, the National Meteorological Center said.

The city's precipitation during the four days exceeded that of its average annual precipitation, the center said. 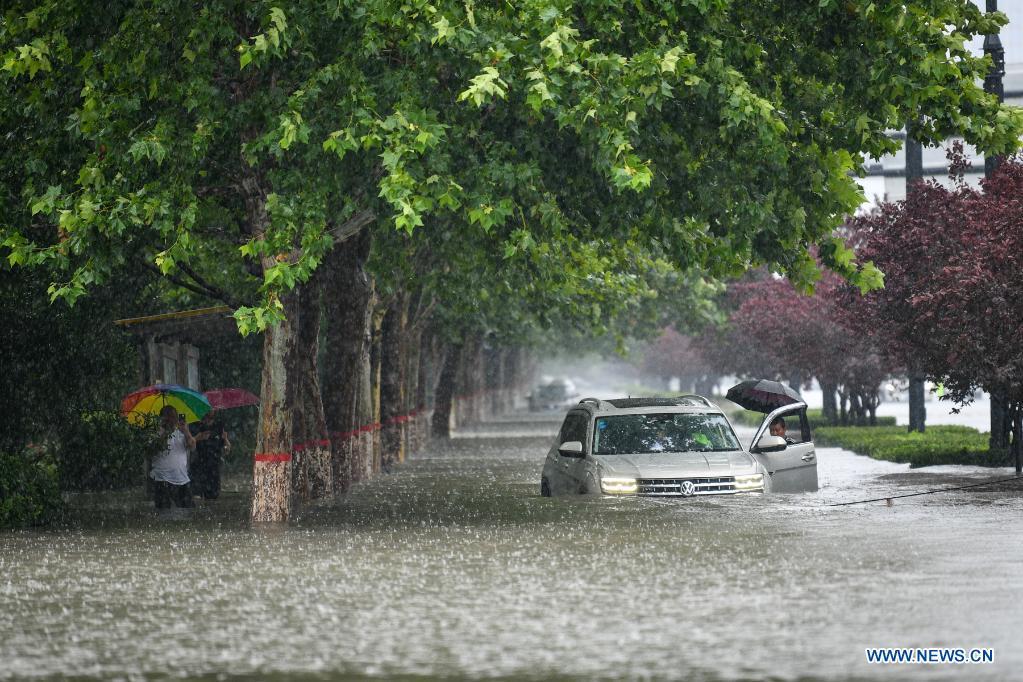 Why did strong rainstorms hit Henan this time?

"Partly affected by the typhoon, large amounts of water vapor have been transported to China's inland areas, including Henan," he said.

Su Aifang, chief forecaster at the provincial weather service, said the province's Taihang and Funiu mountain ranges facilitated the gathering and rising of the airflow, which caused rainfall zones to remain over western and northwestern parts of Henan.

In addition, small and medium-scale convective weather — the vertical movement of heat and moisture in an unstable atmosphere, especially via updrafts and downdrafts — moved from the Funiu mountains to Zhengzhou, causing strong, continuous rainfall in certain areas, Su said.