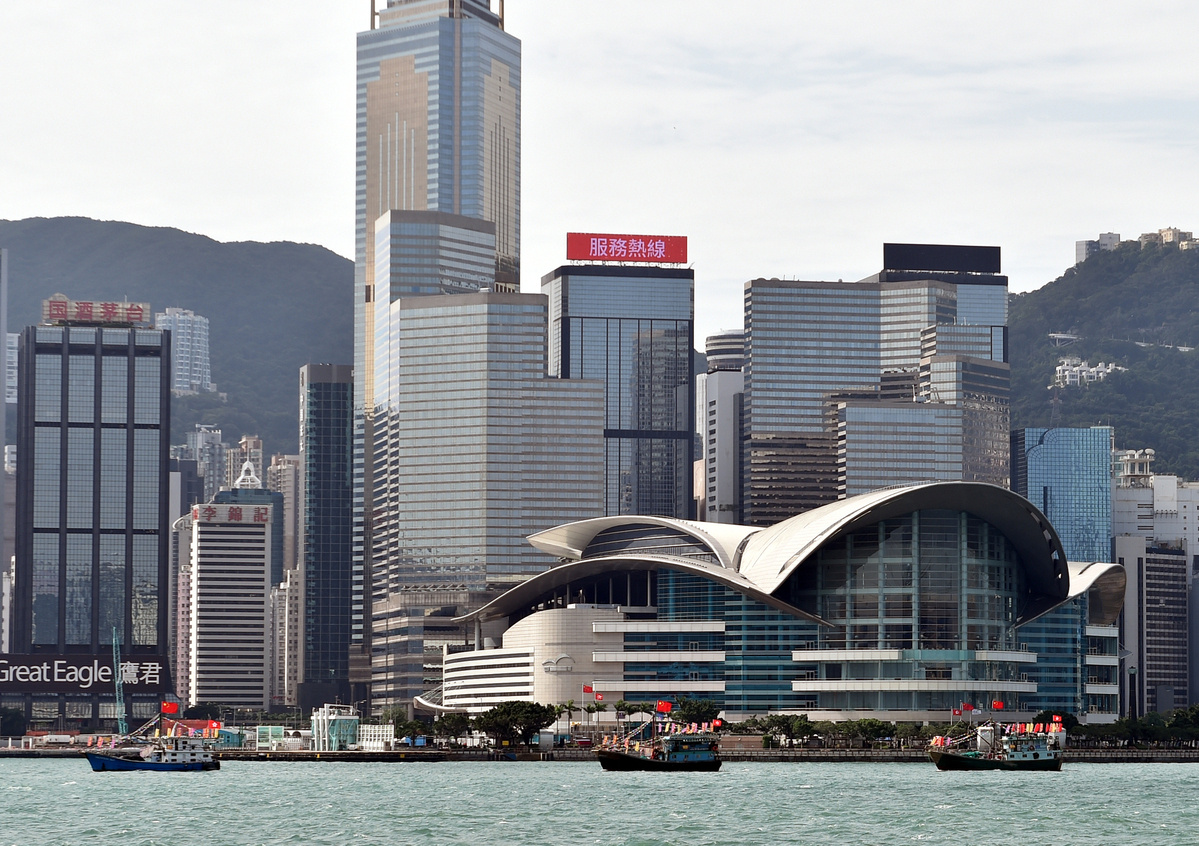 A view of the Victoria Harbor of Hong Kong. (Photo: Xinhua)

Hong Kong's legal sector stands to benefit from the nation's staunch support for the city in the next five years in boosting its international standing in sectors such as shipping and aviation, a senior political adviser said on Monday.

Leung Chun-ying, vice-chairman of the National Committee of the Chinese People's Political Consultative Conference, said that the opportunities go beyond what's listed in the special chapter dedicated to the Hong Kong and Macao special administrative regions in the nation's 14th Five-Year Plan (2021-25).

He made the comments during a webinar discussing the opportunities that the 14th Five-Year Plan offers to the legal sector.

Professional legal services are in great demand as the city develops as a global financial, shipping and aviation hub, Leung said.

In addition, China is rapidly developing itself into a large shipbuilding, shipping and aviation nation, Leung said and this will also produce enormous demand for legal services.

He urged the city's legal sector to keep an eye on the development of these ascendant industries in order to leverage its advantages and meet the country's needs.

With the Chinese mainland forging closer economic ties with the international community and attaching great importance to the rule of law, Leung said there's an urgent need to improve the quality of legal services on the mainland, which also means many opportunities for Hong Kong's mature legal service market and its legal professionals.

A number of legal heavyweights also weighed in on the topic during the webinar co-organized by the Department of Justice and the Law Society of Hong Kong.

Hong Kong Secretary for Justice Teresa Cheng Yeuk-wah said at the webinar that the Department of Justice will put more effort into cooperating with the legal sector to explore opportunities under the plan, consolidate Hong Kong's status as an international legal hub and promote the city's further integration into the nation's overall development.