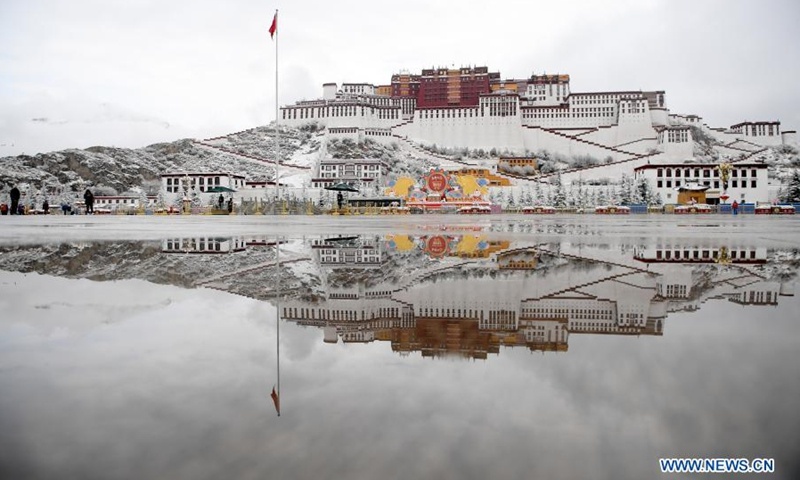 Chinese and foreign experts hailed the achievement China has made in preserving Tibetan culture and poverty alleviation work in Tibet Autonomous Region at an online forum this month.

The forum on poverty-alleviation and cultural protection in Tibet was hosted by the China Society for Human Rights Studies, China Tibetology Research Center, and several other organizations which attracted lively discussions on how the innovational poverty-alleviation work was practiced in Tibet as well as the practices of the preservation of traditions in the region.

Zhaluo, director of the Institute for Social and Economic Research Studies under the China Tibetology Research Center, shared the method of setting up cooperatives that many villages in Tibet adopted for poverty-alleviation. By the end of 2019, Tibet has set up 13,729 agricultural cooperatives and 165,000 families had joined these cooperatives. Through the consolidation of resources, specialized production, and large-scale operations, low-income groups lift themselves out of poverty.

Xiao Jie, a deputy director at the Institute for Contemporary Tibetan Studies under the China Tibetology Research Center, said the claims made by some Western scholars that there was "forced labor," "forced" militarized vocational skills training in the poverty alleviation work in Tibet and Tibet's modernization development is tantamount to the "death of traditional culture" are fallacious and purely ideology-driven.

In fact, Tibet's development has won full support from the Central government as well as support from other developed regions. The fight against poverty in Tibet and other parts of China is not only about poverty reduction, but also shows that respecting national realities, putting people at the center and the collective development among different regions and ethnic groups is a viable way for human society to continue to prosper.

Elaine Robson, a researcher at the University of Bristol, at the conference introduced her work of translating The Lion, the Witch, and the Wardrobe, the world-known children novel by British writer C. S. Lewis, from English to Tibetan language. The Tibetan-version of the book has been published in China.

Previously (before the democratic reform), in Tibet, regular people would be compelled to make offerings to noblemen and the government; but from Tibet eliminating absolute poverty in 2020, we can see that now it is the government that is feeding the people in Tibet, Lin Guanqun, Chair Professor at the Chinese Culture University in the island of Taiwan, addressed during the event.

"A seismic change has manifested in Tibet. The achievement in poverty alleviation and cultural protection is touching," he said.

Some Western forces have smeared the modernization in Tibet as "sinicization," Lin said. "But the fact is life is much improved in Tibet and people are living better lives. China has to follow its current road, and the smear tactics from outside will collapse."