CHINA Experts have heated discussion over reunification with Taiwan

Experts have heated discussion over reunification with Taiwan 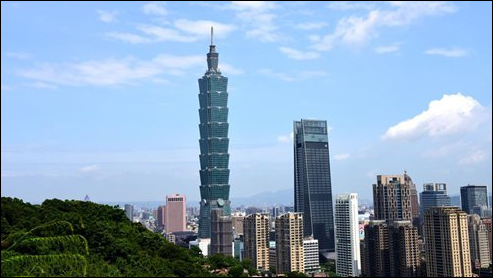 Focusing on whether 2020 is a crucial year for the reunification of the Chinese mainland and Taiwan and if this will be realized via a peaceful process or armed conflict, many experts across the board from both the mainland and Taiwan had an ardent and erudite discussion, during the annual Global Times forum on Saturday.

Wang Hongguang, a retired lieutenant general of the People's Liberation Army (PLA), said at the forum the year 2020 will be a crucial juncture for the reunification of the Chinese mainland and the island of Taiwan since pro-independence forces in Taiwan now have greater influence in the island. The damage will be irreparable if the reunification is delayed by five to 10 more years.

No matter which party in Taiwan wins the election slated in 2020, they dare not declare the independence of Taiwan.

While the incumbent Taiwan leader Tsai Ing-wen once said reunification is not the only choice for Taiwan, the reality is that reunification is the only remaining choice for Taiwan, said Luo Yuan, executive vice president and secretary-general of the China Strategic Culture Promotion Association and also a retired Major General. The critical question is if a peaceful approach to achieve the goal is the only choice, he noted.

Chang Ya-chung, a professor from the National Taiwan University, believes the Chinese mainland should firstly discuss ways to end the confrontation of the two sides and promote the unification work, before tackling other issues.

Chang said realizing reunification by armed forces might be a plausible option but he is also worried the US may sacrifice Taiwan and use it as a leverage to deal with China.

The US may incite Taiwan to engage in armed conflicts with the Chinese mainland and end up turning Taiwan into another Afghanistan, Chang cautioned.

"Sacrificing Taiwan may not be a big deal for the US, but China may fall into the US trap," said Chang.

Chang and Wang had a heated discussion on the suitable means to deal with the current cross-Straits relations. Wang insisted realizing reunification is of utmost urgency as he believes that many people in Taiwan are swaying away from the one-China principle and do not consider themselves as Chinese anymore.

Chang noted it is more important to bridge the gap between people across the Straits and win the support of the Taiwan residents.

The closing remarks of Wang Zaixi, former deputy director of the Taiwan Affairs Office of the State Council, was thoroughly applauded by the audience.

He said winning the heart of the people in Taiwan is still an important work and if "we have not done a good job, we should introspect."