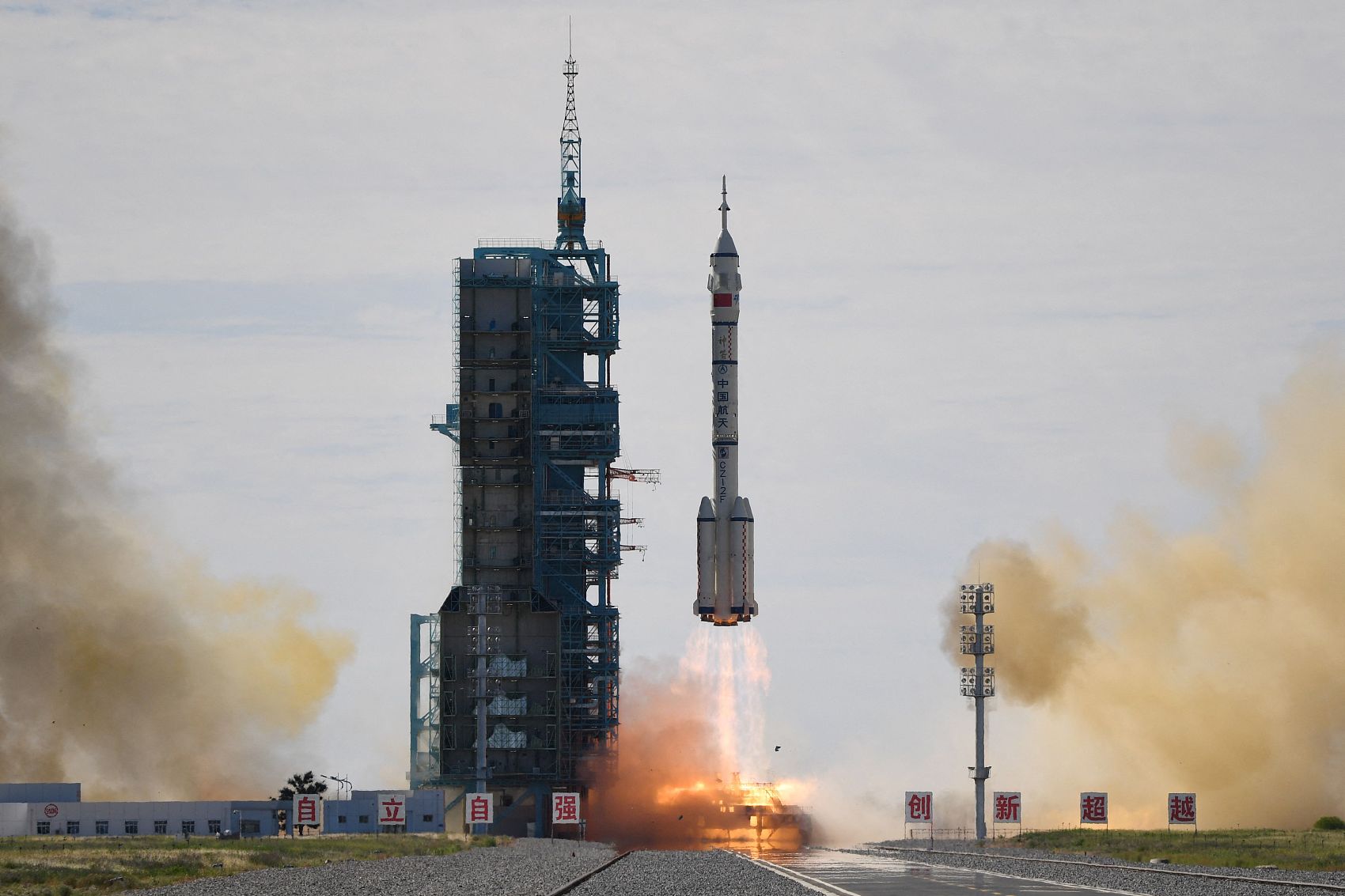 Nie Haisheng, Liu Boming and Tang Hongbo, members of the three-man space crew, are scheduled to stay in orbit for three months, the longest in China's manned mission to date, to build the country's space station.

"This is a great moment," said Philippe Coue, a French space expert, when commenting on the Chinese astronauts' rendezvous with the station's core module.

"And I am extremely amazed at the speed of development. There is a real dynamic in China, it is very impressive," he told Xinhua on Thursday.

In recent months, the world has witnessed the fruitful results of China's building of the space station and the country is moving steadily forward in this regard, said Vitaliy Egorov, a Russian journalist and popular writer about space research, adding that he believed China's space research will advance to a new stage.

China has made great efforts in the field of aerospace and has "managed to excel" in the realm, said Ali Sarosh, associate professor with the Institute of Avionics and Aeronautics at the Air University in Islamabad, the capital of Pakistan.

"The successful launch of the Shenzhou-12 manned spaceship is another big achievement made by China in the aerospace field," he said.

A SPRINGBOARD TO DEEP SPACE

In recent years, China's space program has had a very successful series of launches and landings, The New York Times reported on Wednesday. "These successful endeavors have added to the likelihood that China will keep to its proposed timelines for other deep space missions," an article in the newspaper said.

"Keeping the station up and running smoothly involves much detailed and complicated work, as we saw on the International Space Station during its early days," Chen Lan, an analyst at GoTaikonauts, an online news portal about China's space program, told the AFP on Tuesday.

The astronauts will aim to "get their new home in space kitted out and ready to use," said Jonathan McDowell, an astronomer at the Harvard Smithsonian Center for Astrophysics. "It's a practical goal rather than a groundbreaking one," he told AFP reporters.

"They build a space station, go to the moon, and probe Mars because they want to demonstrate China's technological advancements to its (the Chinese) people and the international community," Kazuto Suzuki, professor of space security at the University of Tokyo was quoted by a Nikkei commentary as saying.

A PLATFORM FOR JOINT VENTURES

Coue said the project will provide fresh opportunities for international cooperation, as "there are countries that China naturally cooperates with that I think will join the station."

"That can be an important vector of cooperation," he said.

Egorov noted that Russia's space authority has laid out plans for cooperation with China, whose success in aerospace will also help Russia's research and development in the field.

Any scientific achievements will ultimately benefit mankind as a whole, he said, adding that China's success also contributes to enhancing humankind's understanding of the surrounding world, the universe and even humankind itself.

The successful launch of Shenzhou-12 "is going to be a great benefit to the country in the future, as it will act as a platform for the country to carry out various experiments in space, besides acting as a launch pad for astronauts for research on the moon and space," Sarosh said.

In the coming years, "many of the existing and new experiments will be shifted to the Chinese space station, which will promote China's cooperation with international partners in conducting experiments in space," he added.