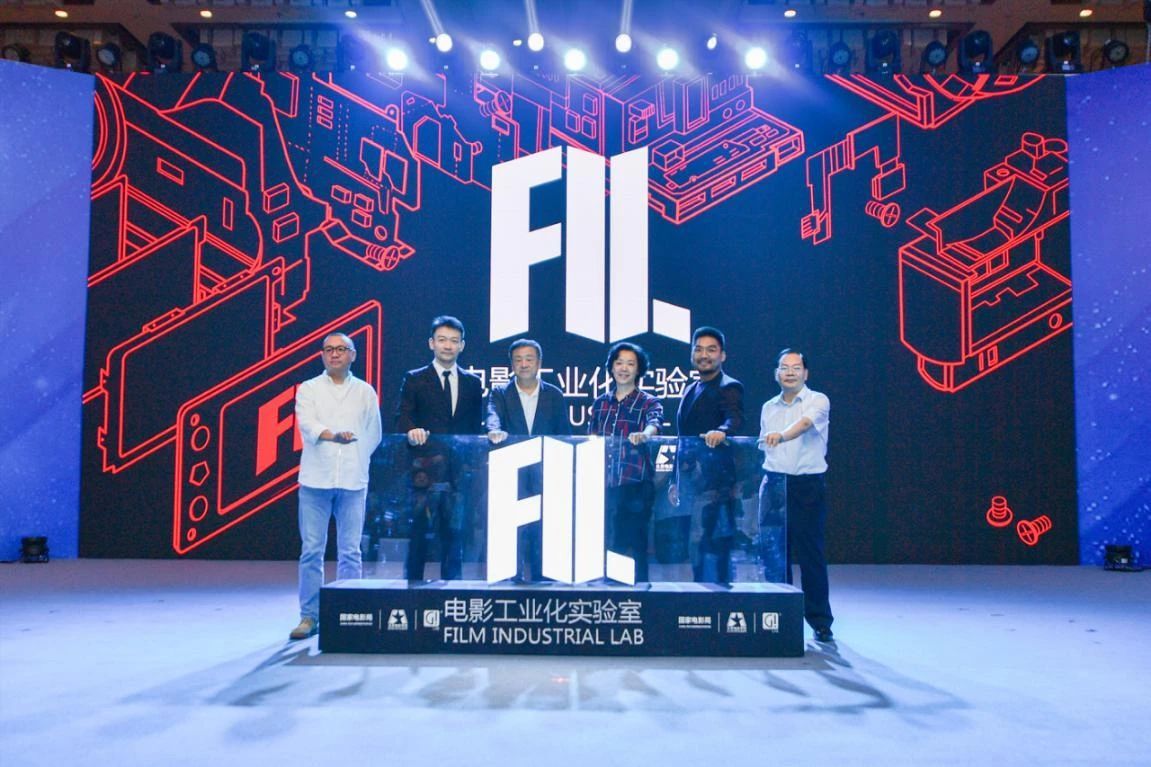 Experts and filmmakers launch the Film Industrial Lab at a forum held during the 10th Beijing International Film Festival, on Aug. 26, 2020. (Photos courtesy of BJIFFF)

Experts and filmmakers explored how the 5G era will shape the film industry and filmmaking during the 10th Beijing International Film Festival (BJIFF).

Zhang Wei, president of the China Research Institute of Film Science & Technology, discussed what the trend of changes within 5G itself and its transmission, featuring ultra-high speed, very low latency, wide-area link, and high mobility, can bring to film production, distribution, release and other traditional industrial processes.

According to Zhang, technological development and support is one of the core factors for China's transformation from a big filmmaking country into a world film power, while in the sector of commercially available 5G, China has a leading edge. Therefore, 5G's contribution to China's film industry is full of imaginative possibilities.

Gong Yu, founder and CEO of iQiyi, provided a meticulous and creative imaginative view of the impact of 5G on the entire film industry chain as well as the changes in the relations between film creation and the audience in the 5G era.

Gong believed long-form videos will be turned into light applications, which will stimulate the market and create a new round of business growth; and that video websites will evolve into virtual pipeline platforms where content and viewers can directly conduct C2C e-commerce transactions.

Correspondingly, these platforms will provide paid financial services and technical support for creation. In addition, a new audio-visual form, "video game film" will appear within five years, enabling audiences to directly get involved in the films to enjoy a super interactive experience.

Therefore, in Gong's view, the 5G era will be a brand-new period reflecting the most artistic audio-visual experience in movies, and the perfect combination of art and technology will herald the rebirth of films.

Starting from the essence of interactions between film art and technology, Yin Hong, a professor at Tsinghua University, spoke about the film industry in the 5G era. Yin thought the application of 5G will lead to the self-innovation of films, and the emergence of more visualized, experience-based, screen-oriented and connected movies in the near future.

At the same time, he also felt demand and satisfaction will determine the pace of technological innovation. The application of 5G in the film industry requires solid industrial practices as a foundation, with the presentation of stories through films an eternal artistic pursuit. Amid changing and unchanging environments, technology and civilization will help each other move forward, showing dynamic progress of the times. 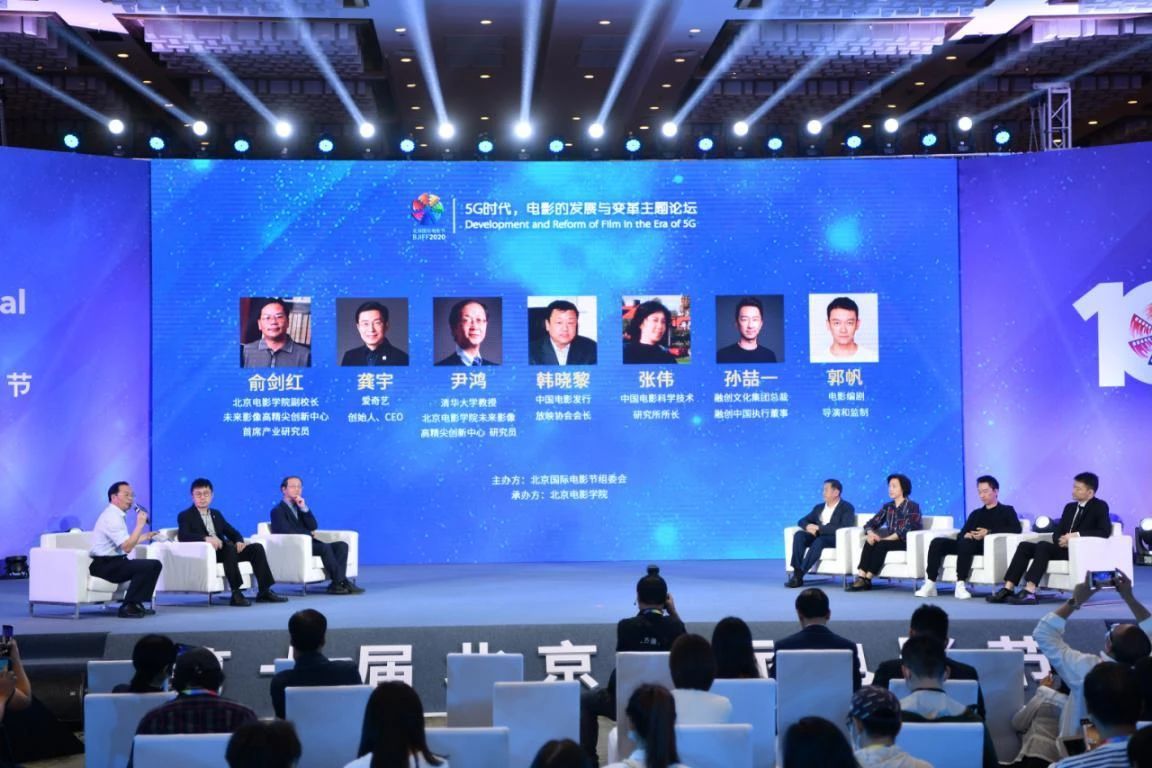 Experts discuss "the Development and Reform of Film in the Era of 5G" at a forum held during the 10th Beijing International Film Festival, on Aug. 26, 2020.

As a pioneer in national new infrastructure, 5G is opening up a new era for the Internet of Things. With ultra-high speed, ultra-low latency and ultra-broad connection, 5G is certain to bring in a new round of revolution in the data industry and have a huge impact on many industries.

Facing the new technical environment and future trends, exploring the multi-dimensional impact of 5G on the film industry and the changes it will bring about are of great epochal significance.

Professor Hu Zhifeng, vice president of Beijing Film Academy (BFA) and director of the Beijing Advanced Innovation Center for Future Visual Entertainment of BFA, regarded the empowerment of Chinese films with 5G as a key step in the upgrading of the Chinese film industry.

Hu continued, "By fully giving rein to the leadership role of the film authorities and the leading effect of leading film companies, we must invigorate the industry's innovation capabilities, fuel coordinated development within the industry, and constantly inject new vitality into the continuous development of the film industry upwards and forwards, so as to accelerate bridging the gap with the film powers in the world."

As for the reform in distribution and release with 5G, Han Xiaoli, president of the China Film Distribution & Exhibition Association, believed that "for meet-and-greet activities during road shows, live streams with the cast and crew can be added in cinemas, and even the scope of business of the cinema can be expanded by making the best of the theaters that are not in use through the organization of stage installations, concerts, large-scale events, sporting events, and video game competitions."

The experts were attending a forum on "Development and Reform of Film in the Era of 5G" at the film festival on Aug. 26.

The lab, jointly established by the Beijing Advanced Innovation Center for Future Visual Entertainment, BFA and Frant Kwo Studio, was launched in line with Hollywood standards and in light of the developmental status of films in China. It is created to sort through a set of production standards with Chinese features for China's film industry, and has made steady progress in the two aspects of "advanced development of film in the future" and "research on film infrastructure."