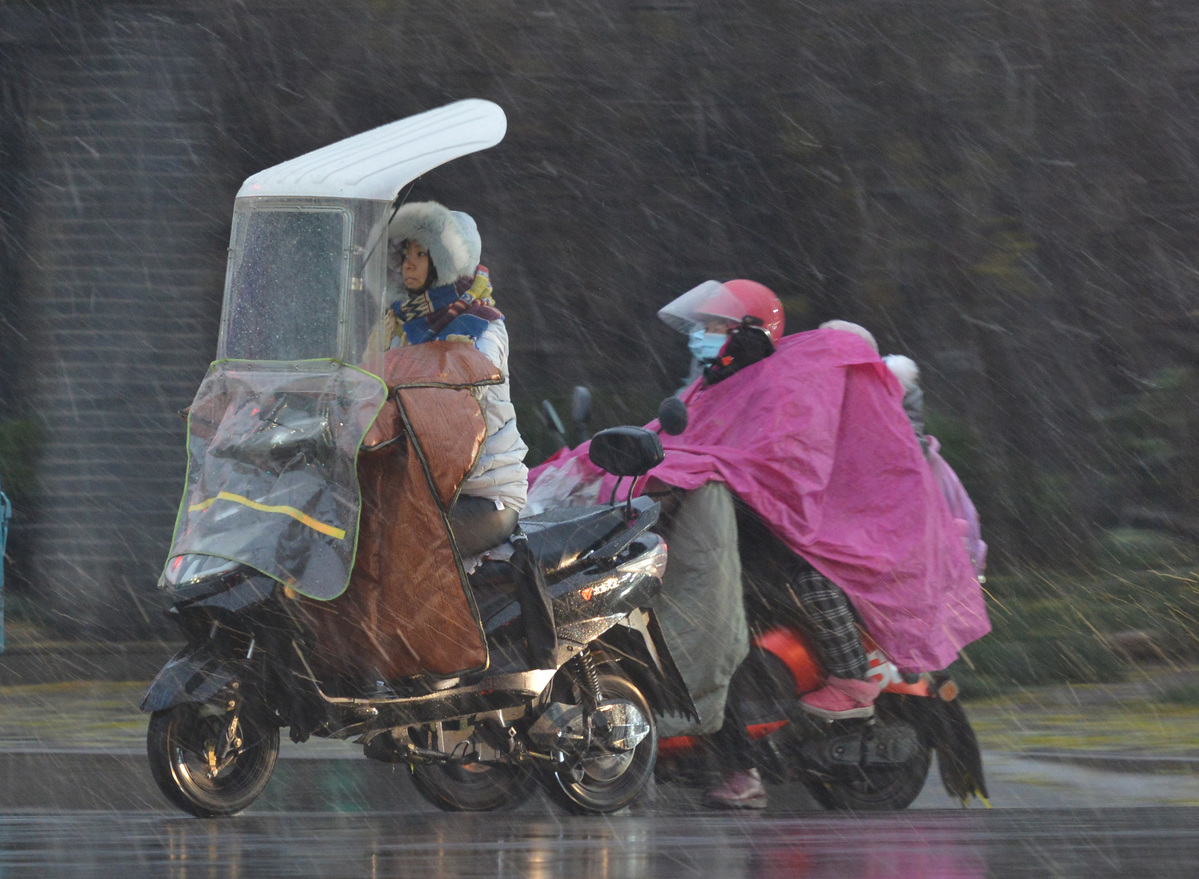 Coldfronts will continue to affect China, but not in such a drastic way as it did last week, experts said, adding extremely cold weather is not likely to occur at a large scale in January.

For the first week of the new year of 2021, cold spells will bring temperatures down 4 to 6 C in regions north of the Yangtze River, the National Meteorological Center forecast on Thursday.

Wei Li, deputy head of the center, said: "New cold air will come to influence the country from Jan 1 to 15. However, except in North and Northeast China, extreme weather caused by cold fronts will not occur nationwide."

Last week a round of cold air mass triggered a nationwide orange alert, the highest tier for cold air issued by the center. The last such warning occurred in 2016.

Chao Qingchen, deputy head of the National Climate Center, said despite the cold subsiding, temperatures in January will be lower compared with normal years due to La Nina, a phenomenon that describes the cooling of ocean surface water in the Eastern and Central Pacific Ocean.

"With the influence of this phenomenon, most parts of China will experience a colder winter. Parts of South China vulnerable to cold will be more likely to suffer icy and snowy weather," she said.

However, she added La Nina is just a small fluctuation of sea air interactions and will not reverse the process of global warming.

"Both China's and global average temperatures lie in historic high levels and are still on an upward trend," she said, quoting research stating by 2050 the heat waves caused by climate change will cause up to 20 times economic loss than the current situation.