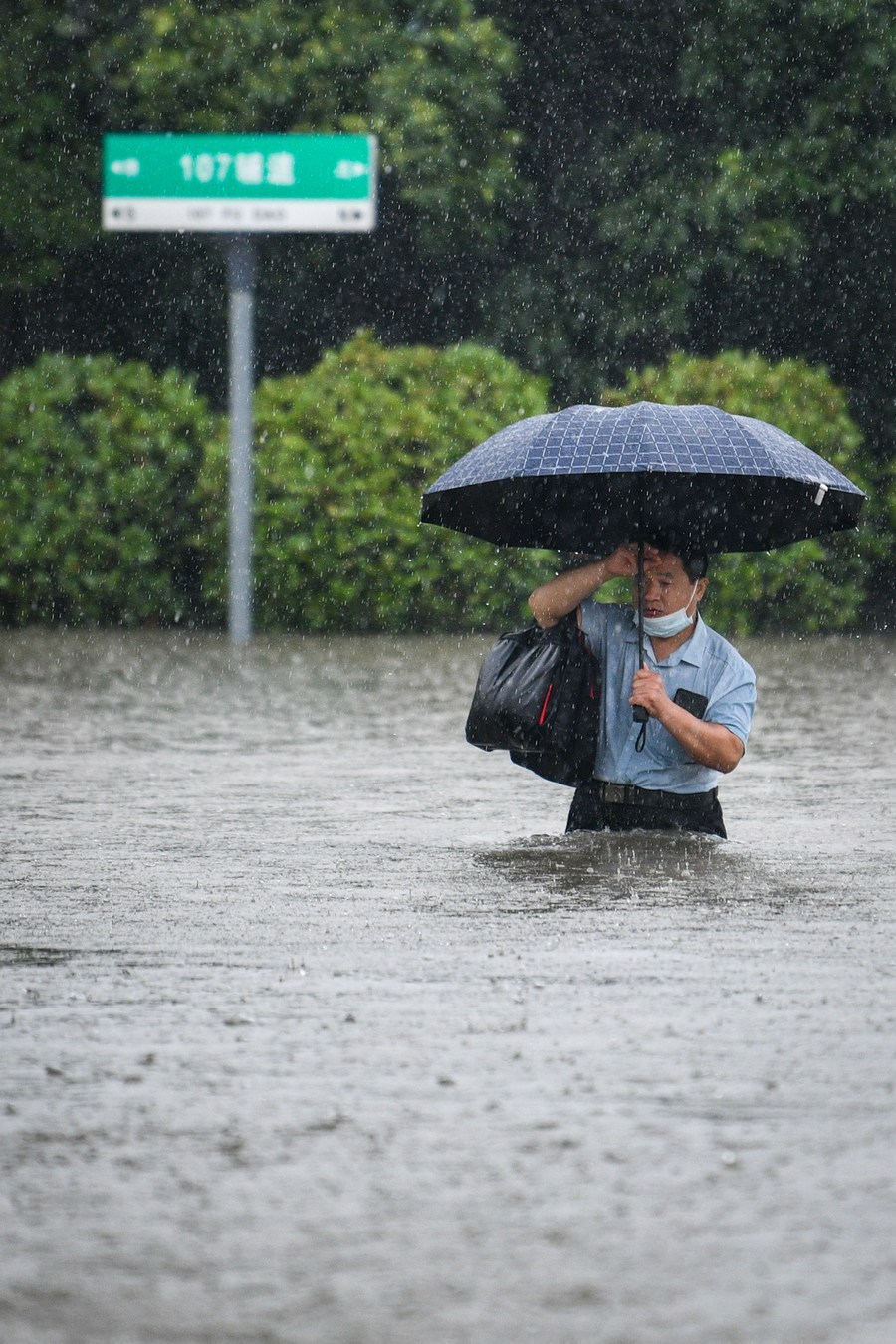 They refer to such extreme weather conditions as "mesoscale weather", which can last for several hours but cover an area less than 200 kilometers long.

Chen Tao, chief forecaster at the National Meteorological Center, said such conditions can be forecast up to two hours in advance, but meteorologists still do not fully understand how these weather patterns develop.

The difficulty lies partly in a lack of observation data, because extreme weather events, such as the rainstorm in Henan, are rare occurrences, Chen said.

Henan has experienced just six extreme rainstorms since 1949, according to the provincial meteorological service.

Liang Xudong, director of a key laboratory at the Chinese Academy of Meteorological Sciences, compared extreme weather conditions to the crested ibis, a rare bird species, and "normal" bad weather to a sparrow.

He said it is easy to find a sparrow to observe, but locating a crested ibis for observation may take dozens of years.

Even worse, these rarely seen weather systems change faster than scientists can familiarize themselves with them, Liang said.

"Mesoscale weather systems alone cannot lead to such extreme weather unless rare atmospheric conditions are encountered, as in this case."

At the same time on Tuesday, a low vortex, a kind of mesoscale weather system, formed in Henan.

"It is normal for such a vortex to form, but abnormal under such conditions," Chen said.

Liang compared the weather pattern seen in Henan to small fish and the number of weather monitoring stations to fishing nets.

"A fish is sometimes so small that our nets are not dense enough to catch it," he said.

A convective weather process can last from a few minutes to several hours, with a range varying from just a few kilometers to hundreds of kilometers, but there is not always a station to monitor it, he added.

China's meteorological institutes are continuing to research such weather systems and are looking for solutions, Chen said.

"We believe that as the technology improves, we can better forecast these events," he added.