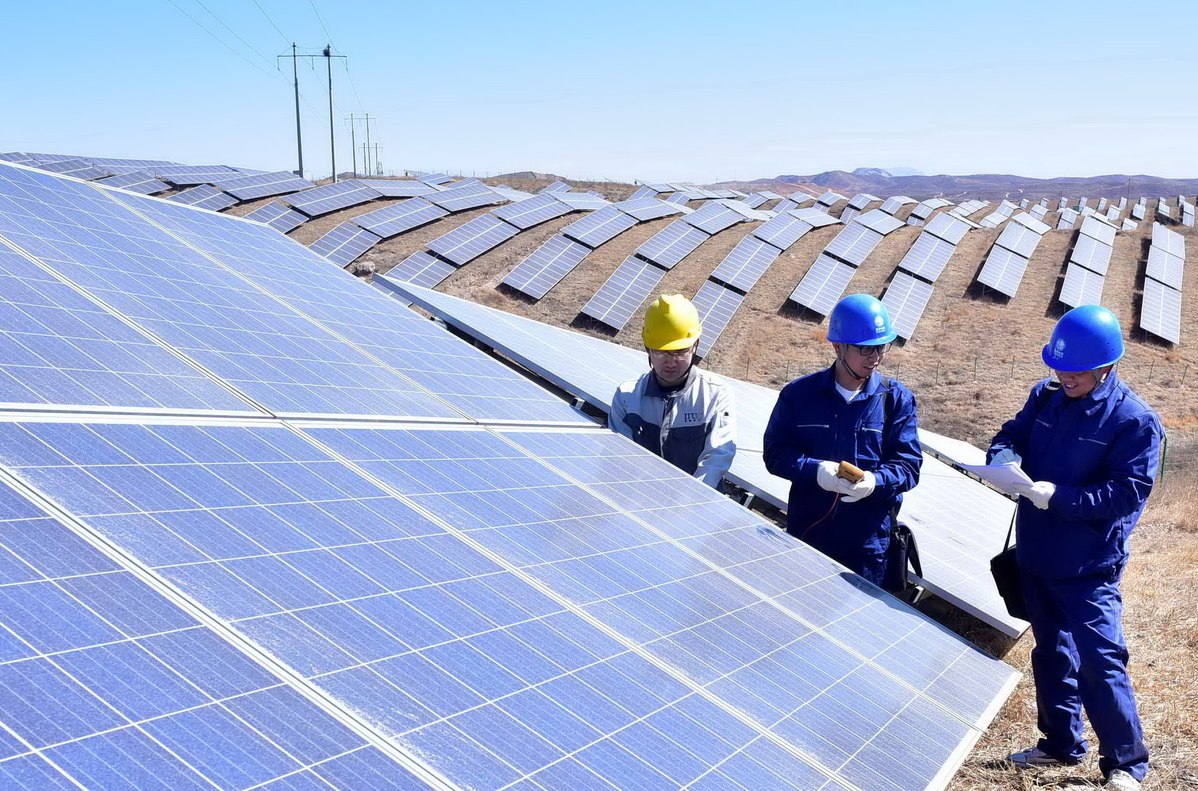 Experts and business leaders have hailed the Chinese government's new guideline on building an economic system with accent on green, low-carbon and circular development.

The policy will promote overall green transformation of the economy. It will also stimulate high-quality development, helping reach the goal of peaking carbon dioxide emissions before 2030, said Lin Boqiang, dean of the China Institute for Studies in Energy Policy and also a professor at Xiamen University.

By 2025, industry, energy and transportation systems will see noticeable improvement in this direction as manufacturing, economic circulation and consumption systems embrace the new philosophy, experts said.

According to the guideline, as of 2035, the endogenous power of green development will be intensified, the scale of green industry will advance to a new level and the economic ecosystem will be fundamentally improved. The goal of building a beautiful China will have been achieved by then, the circular said.

A statement released after the annual Central Economic Work Conference in December said that China will seize time to formulate an action plan for peaking carbon dioxide emissions before 2030. The country will support areas with favorable conditions to peak the emissions ahead of the schedule.

The goal was first made clear by President Xi Jinping during his speech via video link at the general debate of the 75th session of the United Nations General Assembly in September. Xi said China will aim to peak carbon dioxide emissions before 2030 and achieve carbon neutrality by 2060.

The Feb 22 guideline stressed that production lines in industries like iron and steel, petrochemicals, construction materials and paper should move toward green transformation.

It also underlined the need to accelerate the green transformation of the services sector and nurture a number of enterprises specializing in the green industry.

In particular, it underscored the need to incentivize small and medium-sized enterprises to improve their core competence in developing green industries.

"For China, peaking carbon dioxide emissions before 2030 will be achieved with the current government efforts, yet carbon neutrality by 2060 is quite a challenging goal because China's energy consumption structure has fossil energy taking a proportion of 85 percent. It will take considerable time and effort to achieve carbon neutrality by 2060 as it requires efforts to transform the entire energy consumption system," Lin of Xiamen University said.

The task is particularly challenging as China's consumption in energy is still growing, he said. "The country must make concrete changes in its energy consumption structure from now on."

Premier Li Keqiang said in the Government Work Report delivered on March 5 that the government "will ensure that China meets the targets for its intended nationally determined contributions in response to climate change by 2030".

He said the government will expedite the transition of China's growth model to one of green development, and promote both high-quality economic development and high-standard environmental protection.

Lin said incentives are needed for enterprises in certain identified industries to make efforts and fund such transformation. "But businesses with a vision, which see the green industry as an important future trend, will take the initiative to make such efforts with or without policy incentives in place."

Energy-based businesses may need to spend some money and work more on technological innovation and upgrading, he said.

In just a few weeks after the guideline was released, some energy-based businesses began preparing for the new transformation.

Xu Guanju, chairman at Transfar Group and also a deputy to the 13th National People's Congress, said the private-sector diversified company lays great emphasis on green transformation as per the new guideline.

He said Transfar is more than willing to make such upgrading, not only because such transformation is required by the circular but because "increasing the proportion of green industry points to the future trend".

Agreed Yang Liyou, general manager of Jinergy, a PV manufacturer and clean energy provider. The company has started technological research on reducing energy cost for the photovoltaic industry, he said.

"As an enterprise in the PV industry, it's important for us to seek a more optimized path in integrating new energy and other kinds of energies to grow together and make our own contribution to China's efforts to achieve carbon neutrality," Yang said.

Dany Qian, vice-president of JinkoSolar, a solar module manufacturer, said the firm is pursuing innovation and technological upgrade for a greener economy.

The firm is making efforts in blending its PV products with big data so that all consumption data in the power industry can be digitalized.

Qian also said PV plus new energy vehicles is a future trend. "Our goal is to keep carbon emissions as low as possible so that energy will be healthy and accessible everywhere at an affordable cost."