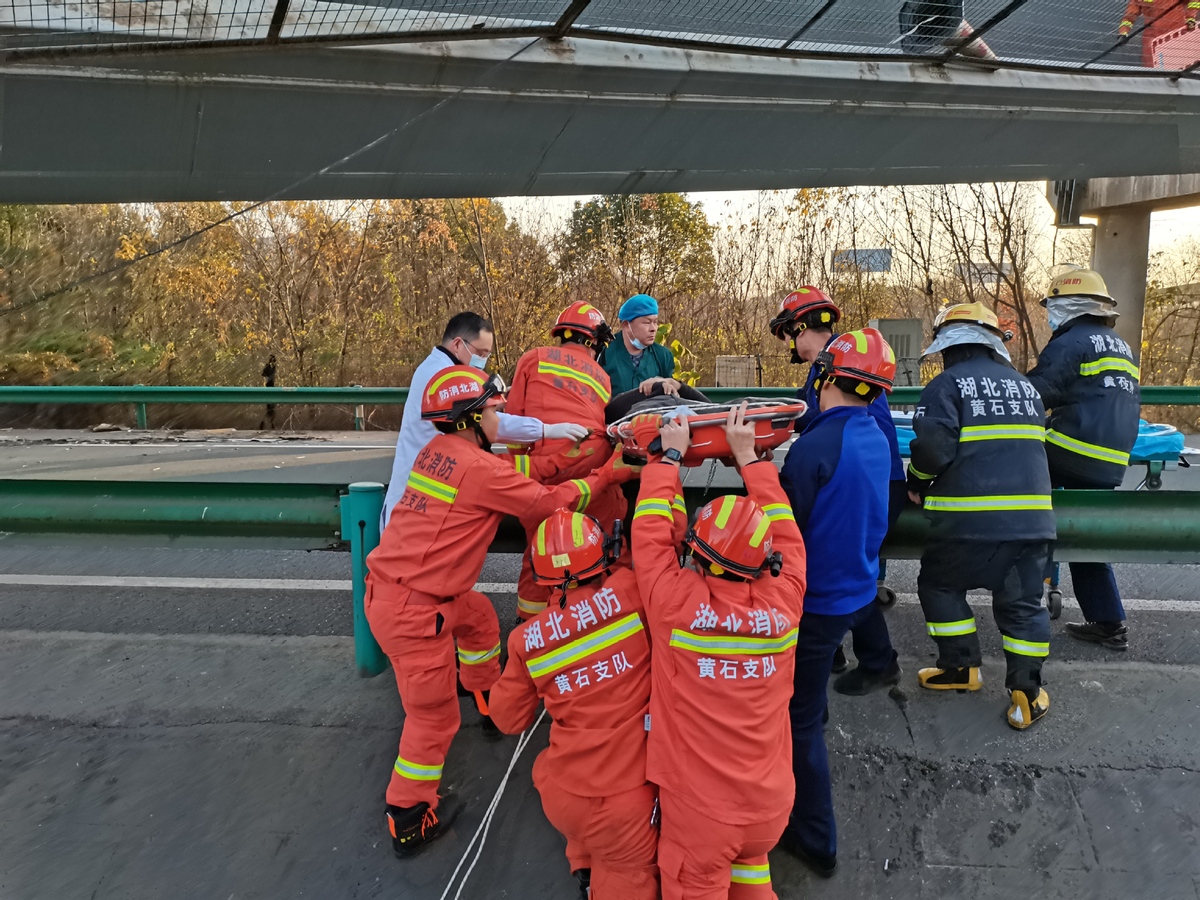 BEIJING - China's Ministry of Transport said on Saturday that it has dispatched bridge experts to Central China's Hubei province to assist following the partial collapse of a ramp bridge.

At around 3:36 pm Saturday, part of a ramp bridge in the city of Ezhou collapsed, killing three people and injuring four others, according to the provincial transport and police departments.

Immediately after the accident, the MOT instructed local transport departments to check the situation and conduct emergency rescue work.

The collapsed ramp bridge connects the Shanghai-Chongqing expressway and Daqing-Guangzhou expressway. Starting operation on Sept 28, 2010, the bridge is 731.08 meters long and 13 meters wide.