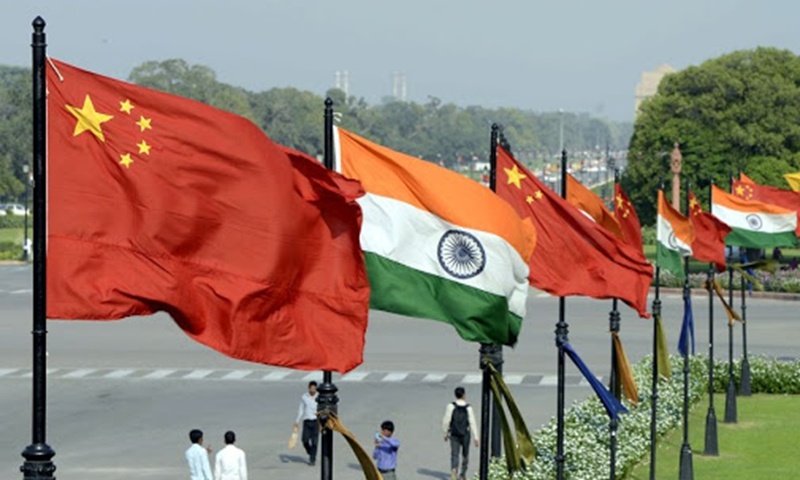 The Chinese Embassy to India lodged strong representation and firm opposition over an Indian media interview advocating “Taiwan independence,” which Chinese experts said was India’s latest move intended to use the Taiwan question as a bargaining chip in border negotiations with China.

The moves came after Indian Today TV on Thursday aired an interview with the head of the leader of the external affairs authority of Taiwan Joseph Wu, who openly advocates “Taiwan independence” during the interview.

Wu’s interview encourages India to seriously violate the one-China principle, which is contrary to the Indian government’s long-standing position on the Taiwan question and provokes China’s bottom line, Ji Rong, counselor of the Chinese Embassy, said in a statement posted on the embassy’s website on Friday.

“We urge relevant Indian media to take a correct stance on issues of core interests concerning China’s sovereignty and territorial integrity, adhere to the one-China principle, not provide a platform for ‘Taiwan independence’ forces, and avoid sending wrong messages to the public,” Ji said.

In the statement, Ji noted that the DPP authority in Taiwan has been working hard to gather foreign support and collude with external forces in its push for “Taiwan independence” secessionist activities, which have seriously damaged the well-being of the people of Taiwan, undermined peace and stability across the Taiwan Straits, and jeopardized China’s national sovereignty, security and development interests.

According to Indian media, hundreds of posters wishing China’s Taiwan island “a happy national day” were hung along streets in front of China’s Embassy to India in New Delhi on October 10. Wording on the posters show they were arranged by Delhi Bharatiya Janata Party (BJP) leader Tajinder Pal Singh Bagga.

Indian media’s recent moves provoking the Taiwan issue are related to the Indian government. Given the two countries’ confrontation on their border, the BJP is attempting to use the Taiwan question to threaten China and win concessions for China during border negotiations, Hu Zhiyong, a research fellow at the Institute of International Relations of the Shanghai Academy of Social Sciences, told the Global Times on Saturday.

Hu said the Indian government has seriously violated the one-China principle and Chinese government is certain to take firm countermeasures.

As the island of Taiwan actively attempts to improve relations with India, Hu warned that China’s shipping safety on the Indian Ocean could be endangered.