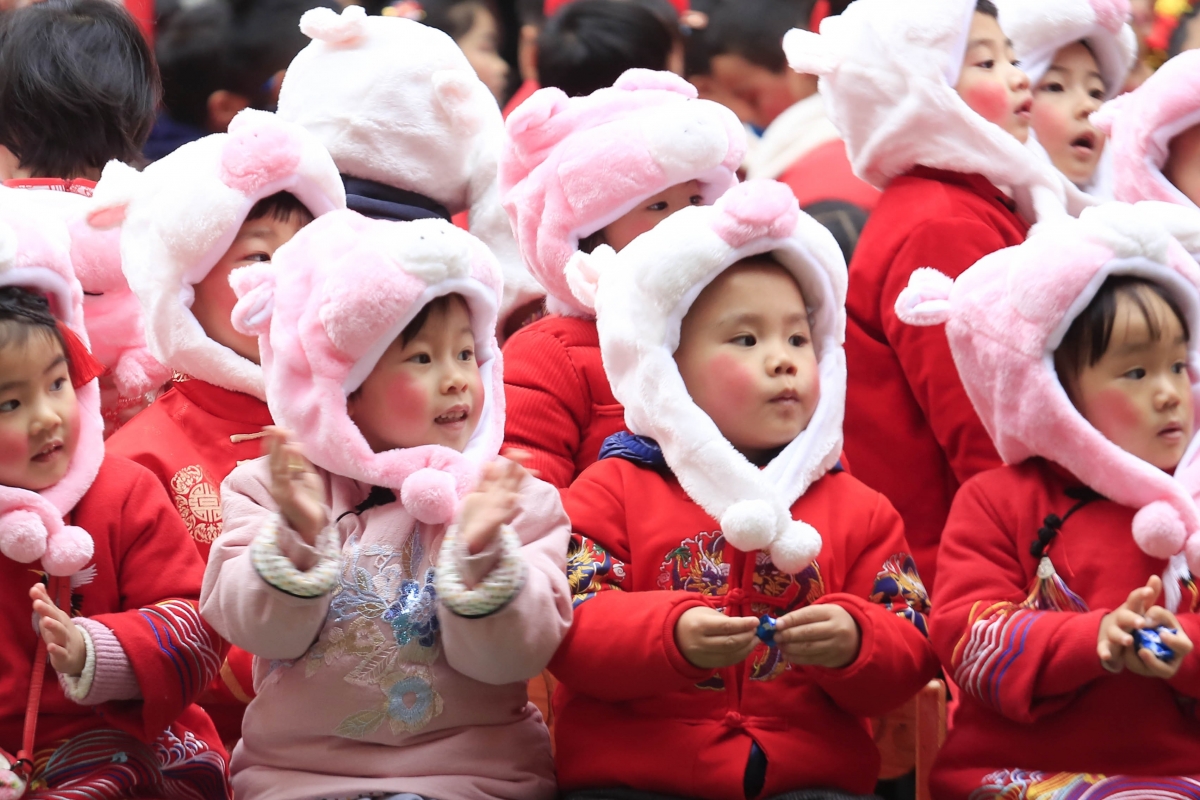 With China’s population expected to begin shrinking in the next 10 years, more research should be done to prepare for the challenges caused by a rapidly aging population and a dwindling workforce, according to demographic experts.

“The decrease will result in accelerated changes of the population’s structure, and the problems of an aging population will become prominent,” said Zhai Zhenwu, president of the China Population Association. “An increasing number of people that need to be taken care of will have an impact on economic development.”

China’s population will peak at 1.44 billion by 2029 and then start decreasing, even if the fertility rate rises slightly, according to a report released by the Chinese Academy of Social Sciences in early January.

If the fertility rate remains unchanged over the next decade, the population will start to decrease from 2027, and be less than 1.2 billion in 2065, equivalent to the level of 1990, the report said.

“Lasting population decreases coupled with an increasingly aging population will result in serious social and economic consequences,” the report said. 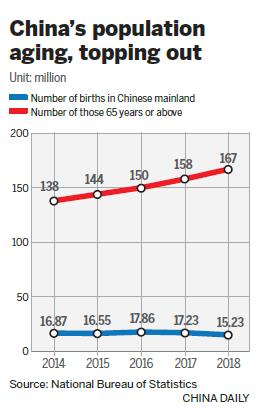 The number of births in China will continue to decline over the next few years, despite the adoption of the universal second-child policy in 2016, due to a rapidly decreasing number of women of childbearing age and a lack of willingness among people to have more children, Zhai said.

He said China witnessed a birth peak between 1985 and 1990, with annual births as high as 25 million. But births have decreased since the 1990s. That meant fewer women had been born after 1990 that are now of childbearing age.

“The trend that the population will start to see decreases over the next 10 years is unavoidable,” he said. “What we can do is to slow the decline to minimize the impact on society and on the economy.”

Wang Guangzhou, a population and labor economy researcher at CASS, said that with the population decreasing, the proportion of seniors will increase rapidly over the next few decades.

People aged 65 or older will account for 30 percent of China’s population in 30 years, up from around 10 percent at present, he said.

“Rapid aging of the population will place great pressure on the pension fund and the workforce, and family members will face unprecedented pressure to take care of the elderly,” he said. “The whole of society should also be prepared to face challenges to social security.”

Yuan Xin, a professor of population studies in Nankai University, said the overall population decrease and aging will see the number of people of working age — between 15 and 59 — fall to around 700 million by 2050, from the current level of around 900 million.

But there will not be a shortage of labor even then, he said, due to changes in the structure of the economy. Also, a solution would be to delay the age of retirement from 60 to 65, which would increase the workforce by 100 million, he said.

“With the disappearance of the advantage of a massive cheap workforce, which played a very important role in China’s rapid economic development over the past four decades, China should not continue to rely on labor-intensive industries for growth,” he said. “We should focus on scientific and technological research and development, and keep improving the quality of the workforce to make up for the decline in numbers.”