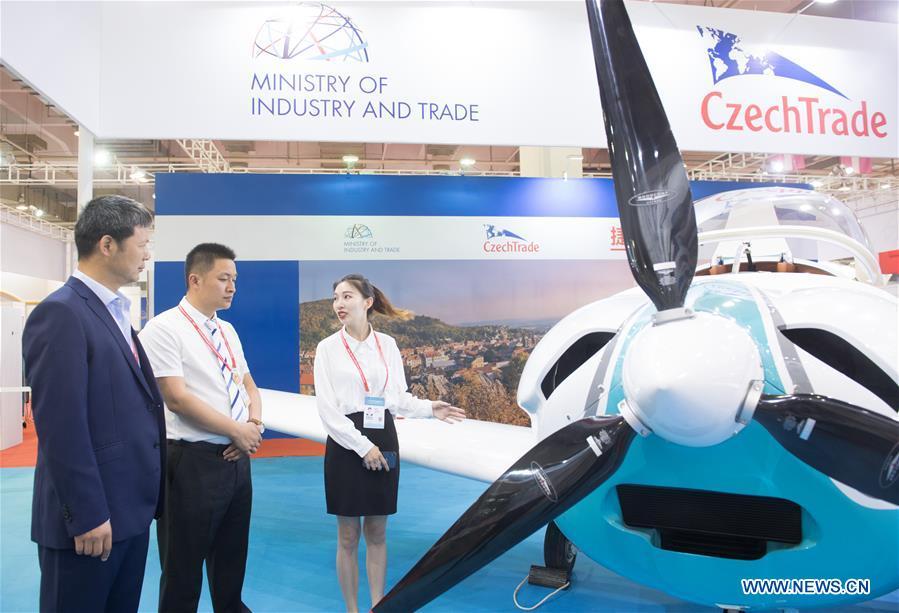 BEIJING -- Companies in the Central and Eastern European Countries are likely to receive a boost in export orders as Chinese consumers are more familiar with their products.

More than 6,000 buyers from across the country are expected to hunt for deals at the upcoming China-CEEC Expo & International Consumer Goods Fair.

To be held from June 8 to 11 in the eastern city of Ningbo, Zhejiang Province, the fair is expected to be attended by over 300 CEEC companies, featuring products including private aircraft from Slovenia, high-end kitchen appliances from the Czech Republic and popular skincare brands from Poland.

"The expo will provide Chinese consumers and companies with a variety of choices of specialty products from the CEECs," said Ren Hongbin, assistant minister of commerce.

Over the past few years, China has seen accelerated trade and investment cooperation with the CEECs. Bilateral trade grew at an average pace of 8 percent between 2012 and 2020, more than doubling the growth of China-EU trade during the same period.

"China exports a large number of components and intermediate goods to the CEECs, which process the goods and then export them to nearby countries," said Ren, adding that the two sides' supply and industrial chains are complementary.

While Chinese exports to the CEECs rose at an average pace of 7.6 percent during the period, China also saw expanded imports from these countries, Ren noted, adding that China has been taking various measures to promote more balanced trade.

The country previously announced plans to import goods worth $170 billion from the CEECs in the next five years. In the first quarter of this year, China imported $8.17 billion worth of goods from these countries, a year-on-year jump of 44.7 percent.

Host province Zhejiang will strive to import $20 billion worth of goods from the CEECs in the next five years, said Zhu Congjiu, vice-governor of Zhejiang.

"We will push Zhejiang to become the center for China-CEEC cooperation and a bridge over which these countries can enter China -- the market for the world," said Zhu.

Ren said the country will take the expo as an opportunity to expand new areas of collaboration between the two sides, including in the green, low-carbon and digital sectors.

"We will take advantage of this fair as well as various mechanisms and platforms to further promote the sustainable development of China-CEEC trade and contribute to global economic recovery," said Ren.