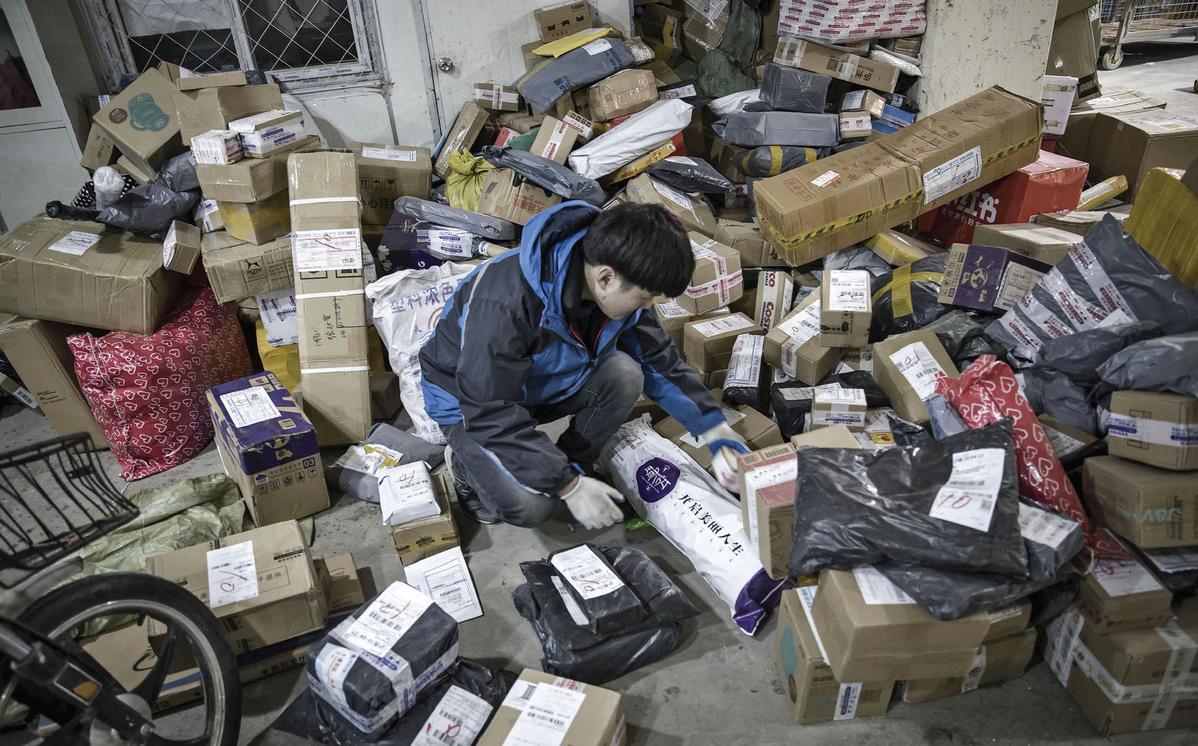 A courier sorts through a sea of packages in a storehouse. (Photo: Bloomberg)

China's express delivery companies will install 50,000 recycling bins across the country to reduce packaging waste generated by the logistics industry.

The initiative is part of Green Delivery Day, which was launched by the logistics industry on Tuesday.

The plan is to recycle more than 100 million parcel boxes a year with a reduction of carbon emissions equivalent to planting 740,000 trees, the organizers said.

Green Delivery Day was initiated by Cainiao Network logistics company and has gained support from the China Environmental Protection Foundation, the Alibaba Foundation and the country's logistics giants.

China's express delivery sector handled 50.7 billion parcels in 2018, an increase of 26.6 percent year-on-year, according to the State Post Bureau. The sector generated 603 billion yuan ($87.4 billion) in revenue, up 21.8 percent from the previous year.

However, environmental pollution triggered by express packaging has aroused concern, and the industry has been making efforts to reduce pollution over the past few years.

In 2016, Cainiao Network pioneered the installation of 5,000 recycling bins for packaging boxes, which were given to people in need for reuse.

E-receipts have been widely issued for more than 80 billion parcels in the past three years, according to Cainiao Network, and helped save more than 300 billion paper receipts.

Recyclable bags have also been used more than 300 million times during that period.

Express logistics companies are making efforts to explore new packaging materials to reduce waste. For example, the Feng Box designed by SF Express can be reused more than 10 times.

By 2018, about 600,000 Feng Boxes have been put to use, preventing an estimated 16,000 metric tons of carbon emissions. Pilot programs of Feng Boxes in big cities, such as Beijing, Shanghai and Guangzhou, have been welcomed by the public and they will soon be promoted in second- or third-tier cities.

He said the promotion of green delivery requires a high level of investment to improve the packaging system and materials. Also, the industry needs a national standard to give guidance on recycling that can be adopted by all companies.