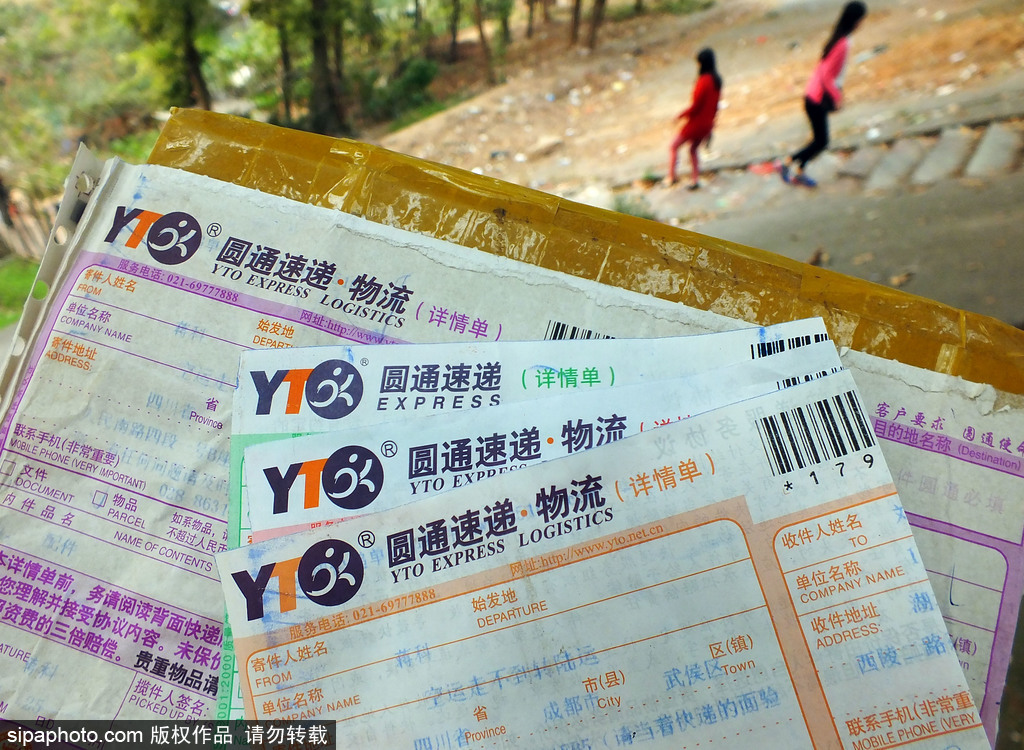 YTO Express (Logistic) Co, a private Shanghai-based express company, said some employees colluded with others to steal courier waybill information and sold it for profit, according to a statement issued by the company on its Weibo account on Tuesday.

Three suspects were arrested in September while others remain on the run in provinces including Hebei, Henan and Shandong, according to police in Handan, Hebei province.

The statement said the company reported the crime to police and will closely cooperate with public security organs to crack down on illegal activities involving user information security.

At the end of July, the company's risk control system detected abnormalities on waybill information in two accounts of a YTO Express branch in Hebei. The system closed the accounts promptly.

Meanwhile, an investigation team discovered that some employees in the franchise branch might have colluded with people outside the company and made use of employee accounts and illegal third-party tools to steal waybill information, resulting in information leaks, it said.

The leaks contained about 43,000 pieces of sensitive information, according to ThePaper, a Shanghai-based online news portal.

Police in Handan said the suspects rented the employees' system accounts, paying 500 yuan ($71) per day for each account, and then logged into the system to steal waybill information and sell it to domestic and Southeast Asian buyers, according to Beijing News.