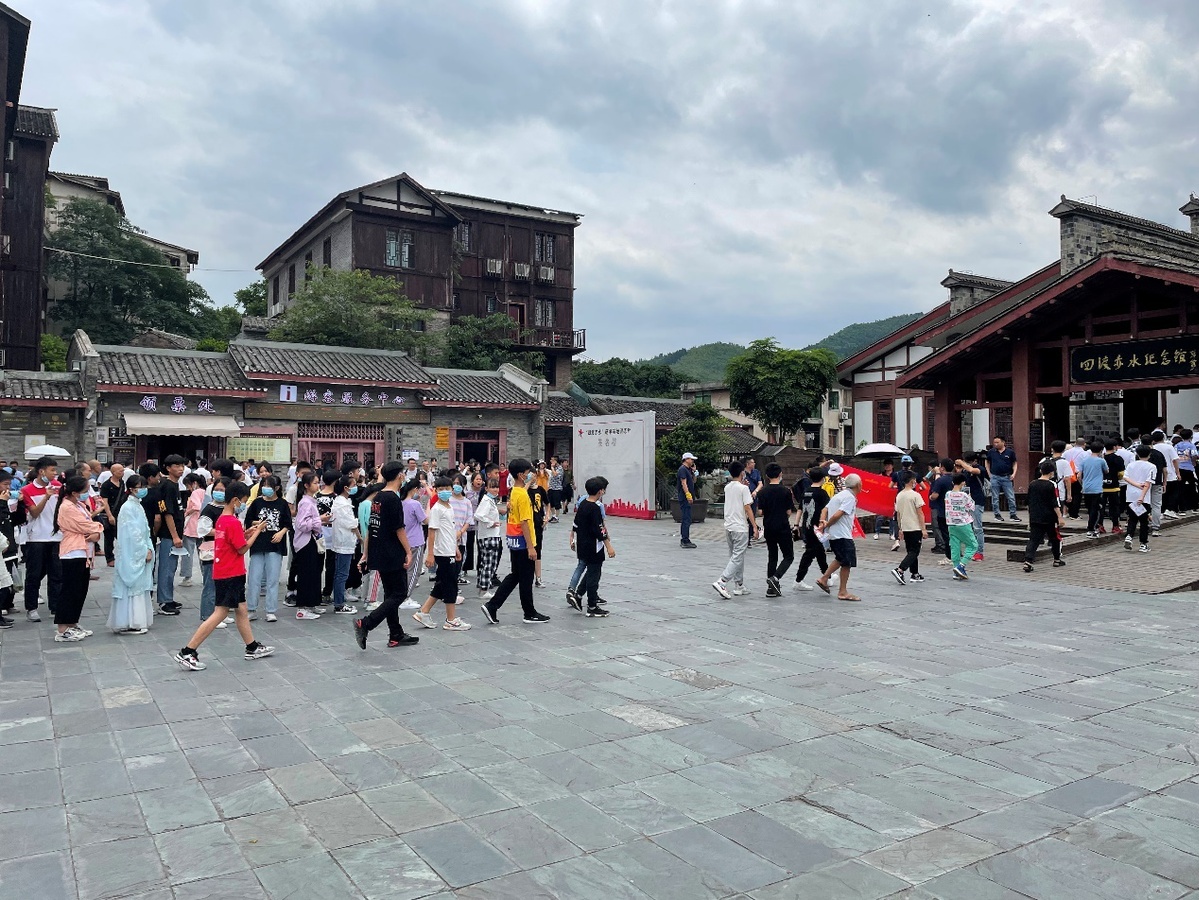 The expansion of road network has created a new economic path for an isolated town in China's southwestern region, bringing benefits to local residents and attracting tourists to boost the regional economy.

Tucheng town, which is located in Xishui county of Guizhou province's Zunyi city, is surrounded by mountains and situated along the Yangtze River's tributary Chishui River.

It used to be a major transfer hub to transport salt from Sichuan province to Guizhou via water.

Salt from Sichuan was shipped to Tucheng, unloaded at the port, piggybacked by people one bag at a time, and then transported to different places in Guizhou.

But now, the town has access to two freeways and the third one will open soon.

Tucheng Bridge, a part of the expressway linking Chengdu and Zunyi, runs above the town center. Beneath the bridge is the new main street of the town.

On the main street, buses and coaches pass in an endless stream, carrying tourists nationwide to visit museums featuring the Red Culture.

The town was the battlefield where the Red Army, predecessor of the People's Liberation Army, defeated Kuomintang in 1935.

With abundant Red tourism resources, the development of road network has attracted visitors to the town.

Wang Gang and his colleagues from Guiyang, capital of Guizhou, chose Tucheng for their one-day excursion.

A one-way journey took them about 3 hours. But a decade ago, a trip from Guiyang to Tucheng usually took up to 8 hours.

Due to COVID-19, Wang's group preferred not to stay overnight.

As for traffic, they chose Tucheng, which is at the intersection of two expressways, where the main street connects Siduchishui Memorial Museum, Women Red Army Museum and Qinggangpo Heritage Park, allowing tourists spend to one day immersing in Red Culture. 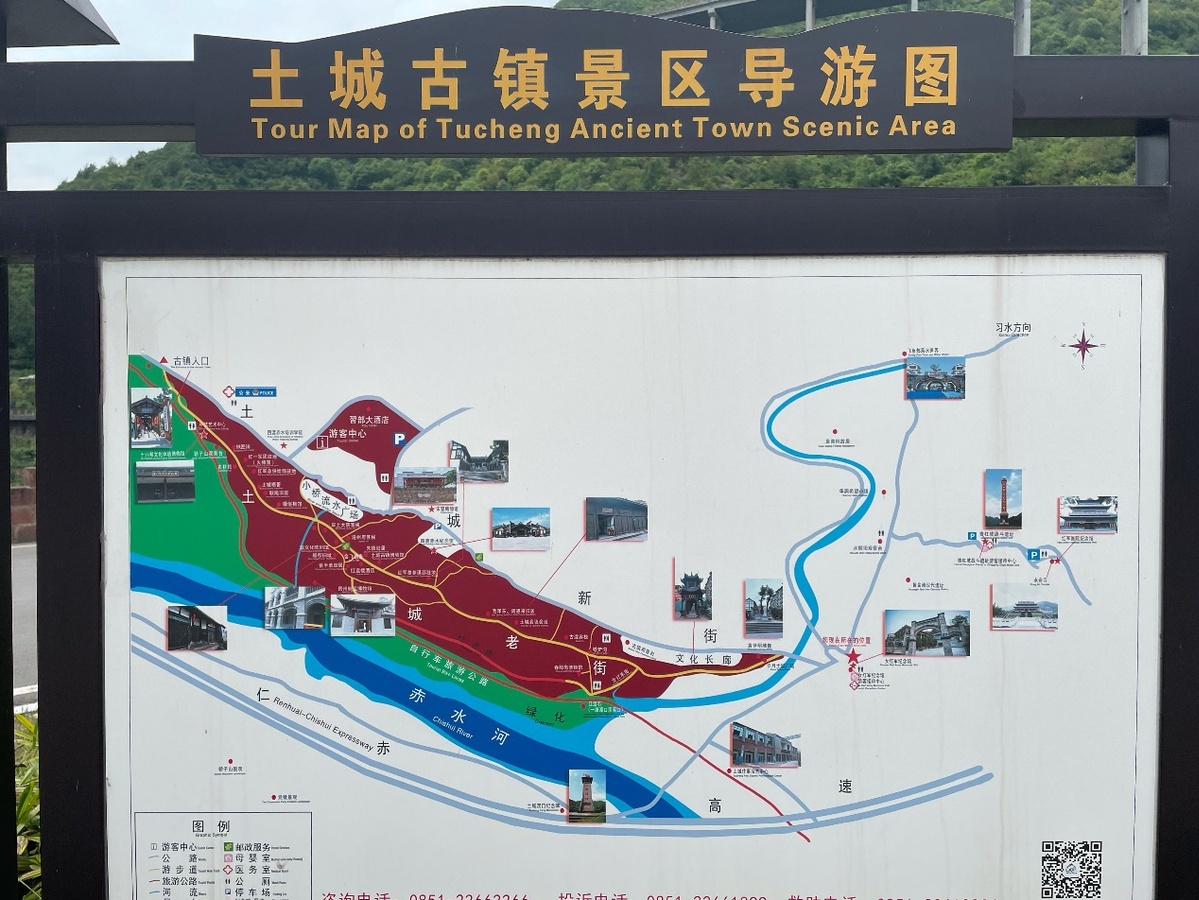 One of the high-profile sightseeing spots is the Siduchishui Memorial Museum, which commemorates the victory of the Red Army crossing the Chishui River as part of the Long March.

Shui Cibo, a guide at Qinggangpo Heritage Park, recalled that though the heritage monument was established in 2002, few tourists or local residents came until the road was completed, even though it was only 3 kilometer away from the town.

But now, license plates in the parking lot show that visitors are coming not only from neighboring cities like Chishui, Guiyang, but also from farther places such as Hebei province and Beijing.

Chen Hai, owner of a retail store, used to spend 90 minutes going to Chishui city to buy goods for her shop. Since an expressway opened in 2009, the trip has shorted to 50 minutes.

She also expanded the products she sold to cater to the growing number of tourists.

In addition, express delivery system has been established in the town with the opening of the expressway. Now, Chen can sell her local products at an online store and shipped to other parts of China in about 3 days.

China has launched a national campaign to improve road system in rural areas since 2014.

According to the Ministry of Transport, China's rural roads extend to 4.35 million km and account for about 84 percent of the total road network.

As of last year, most villages and towns had access to asphalt roads and were covered by bus services.

According to official statistics, all villages in Xishui county have access to bus and paved roads now.

"In the past, villagers who worked as migrant workers were afraid of driving home during the Spring Festival because there were no paved roads," said Wang Wei, deputy head of Xishui county, adding that now it is no longer a problem and villagers can drive home without hesitation.