Extracts from the report delivered by Xi Jinping, general secretary of the Communist Party of China (CPC) Central Committee, to the 19th CPC National Congress have been published at home and abroad in Chinese and English. 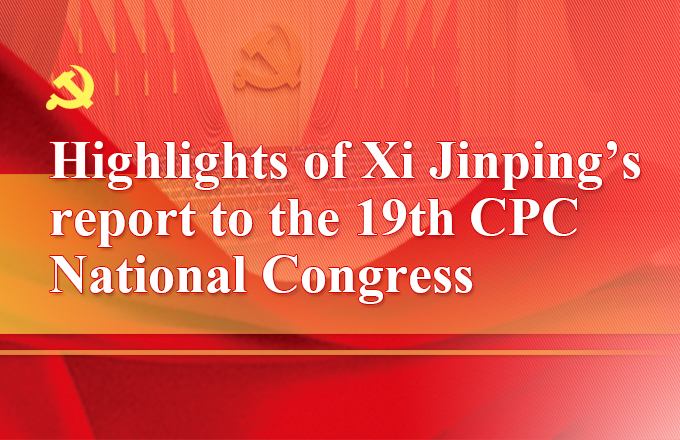 The report, entitled "Secure a Decisive Victory in Building a Moderately Prosperous Society in All Respects and Strive for the Great Success of Socialism with Chinese Characteristics for a New Era," was delivered on Oct. 18, 2017.

The extracts will help readers gain a deeper understanding of the spirit of the 19th CPC National Congress and enable the international community to better understand the CPC's governance philosophy and strategy, the development path China will take, as well as domestic and foreign policy.

The book will also be published in French, Russian, Arabic, Spanish, Portuguese, German and Japanese.