HANGZHOU, June 12 (Xinhua) -- Over a period of 20 years, farmers in Guzhu Village have experienced a total transformation of their lives, from eking out a living by selling tea and bamboo shoots to hosting tourists -- mostly urbanites attracted by the local landscape. 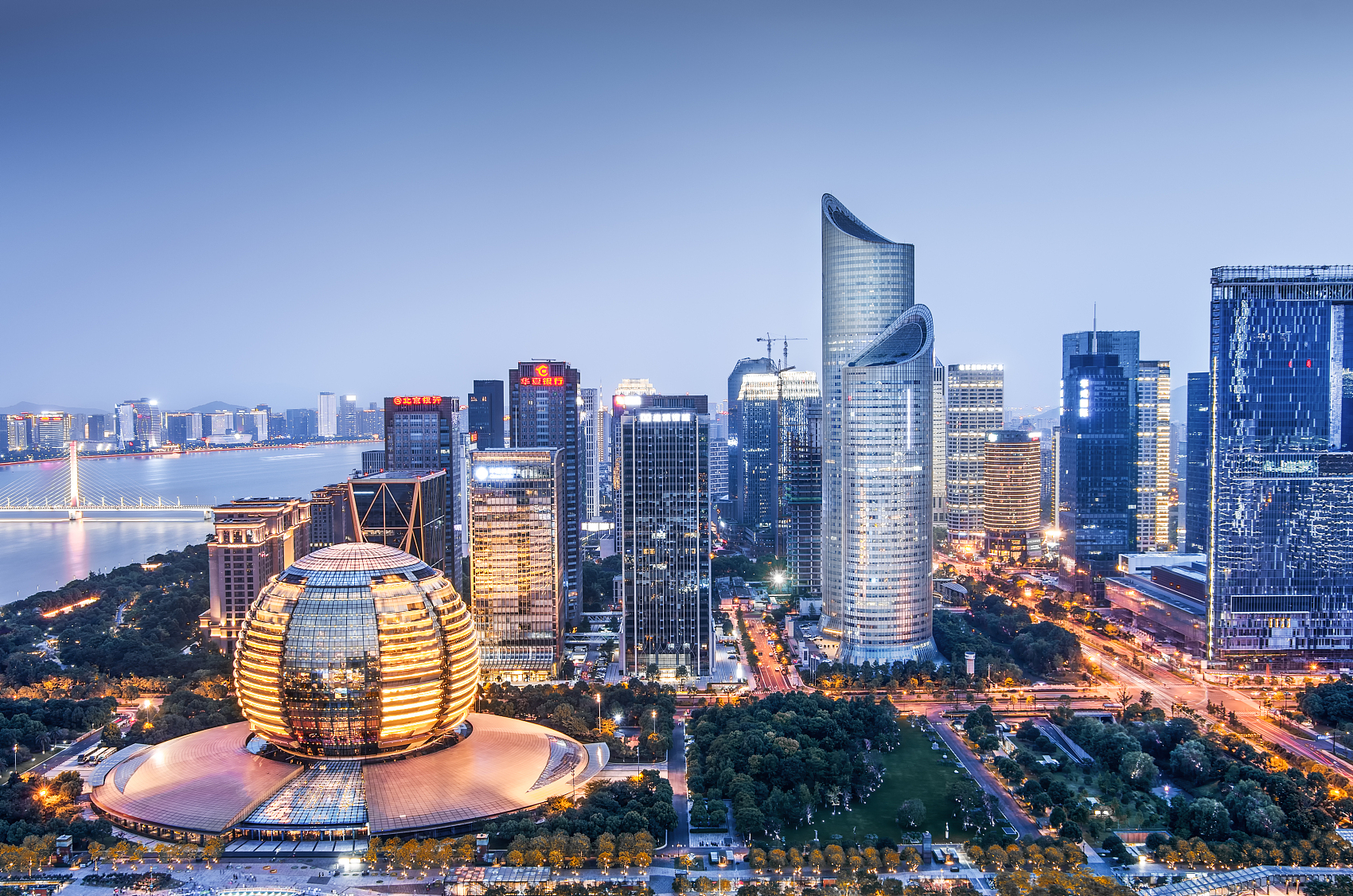 At present, there are about 500 inns of all kinds in the village, in Changxing County, Zhejiang Province. Each year, it receives about 4 million tourists, 65 percent of whom come from the metropolis of Shanghai.

"Rural tourism has indeed made villagers rich. They have also been actively participating in protecting the mountains, rivers and the environment," said Zhang Mingxiang, Party chief of the village. An inn can earn 300,000 to 1 million yuan (46,900 to 156,300 U.S. dollars) a year in this village.

The central authorities on Thursday issued a guideline on building the coastal Zhejiang Province into a demonstration zone for achieving common prosperity.

The guideline, jointly released by the Communist Party of China Central Committee and the State Council, includes multiple measures to guide the province in setting an example for promoting common prosperity.

By 2025, Zhejiang should achieve solid progress in building the demonstration zone, with its per capita gross domestic product (GDP) reaching the level of moderately developed economies, while a social structure with a middle-income population as the majority should be generally developed by then, the document said.

Upholding a people-centered philosophy of development, China is attaching greater importance to pursuing prosperity for all. In one of the country's major historic achievements, it has eliminated absolute poverty.

"Common prosperity is not only a concept of social development, but also a social change marked by the narrowing of the gap between regions, urban and rural areas and in people's incomes," said Yuan Jiajun, Party secretary of Zhejiang.

The province is one of the country's most developed, and has laid a solid foundation for striving for common prosperity.

As a key indicator of balanced development, the income ratio between urban and rural residents in Zhejiang fell to 1.96:1 last year, much lower than the national level.

The province will speed up efforts to continue to narrow the gap in these three aspects, according to Yuan.

Innovation is expected to play a vital role in the pursuit of common prosperity.

New reforms will be mulled over and advanced in such fields as scientific and technological innovation, digitalization, distribution systems, coordinated development between urban and rural areas and between different regions, public services, and value realization of ecological products, Yuan said, explaining how to achieve common prosperity through institutional innovation.

Hangzhou Wahaha Group, headquartered in the provincial capital Hangzhou, has grown into a leading domestic beverage enterprise since its founding in 1987. Its innovation drive is focusing on smart manufacturing and more high value-added products.

"We use the digital economy to empower the real economy so as to improve the work efficiency and economic benefits of the real economy, and combine the online and offline channels to upgrade the marketing model," said Zong Qinghou, chairman of the company.

By 2035, Zhejiang's systems and mechanisms for common prosperity should be more well-developed, according to the guideline on the demonstration zone for common prosperity. It stresses efforts to improve the quality of development, further reform the allocation of income and narrow the urban-rural gap.

"To achieve common prosperity, we have the foundation and conditions, but we also face weak links and challenges," said Yu Jianxing, president of Zhejiang Gongshang University.