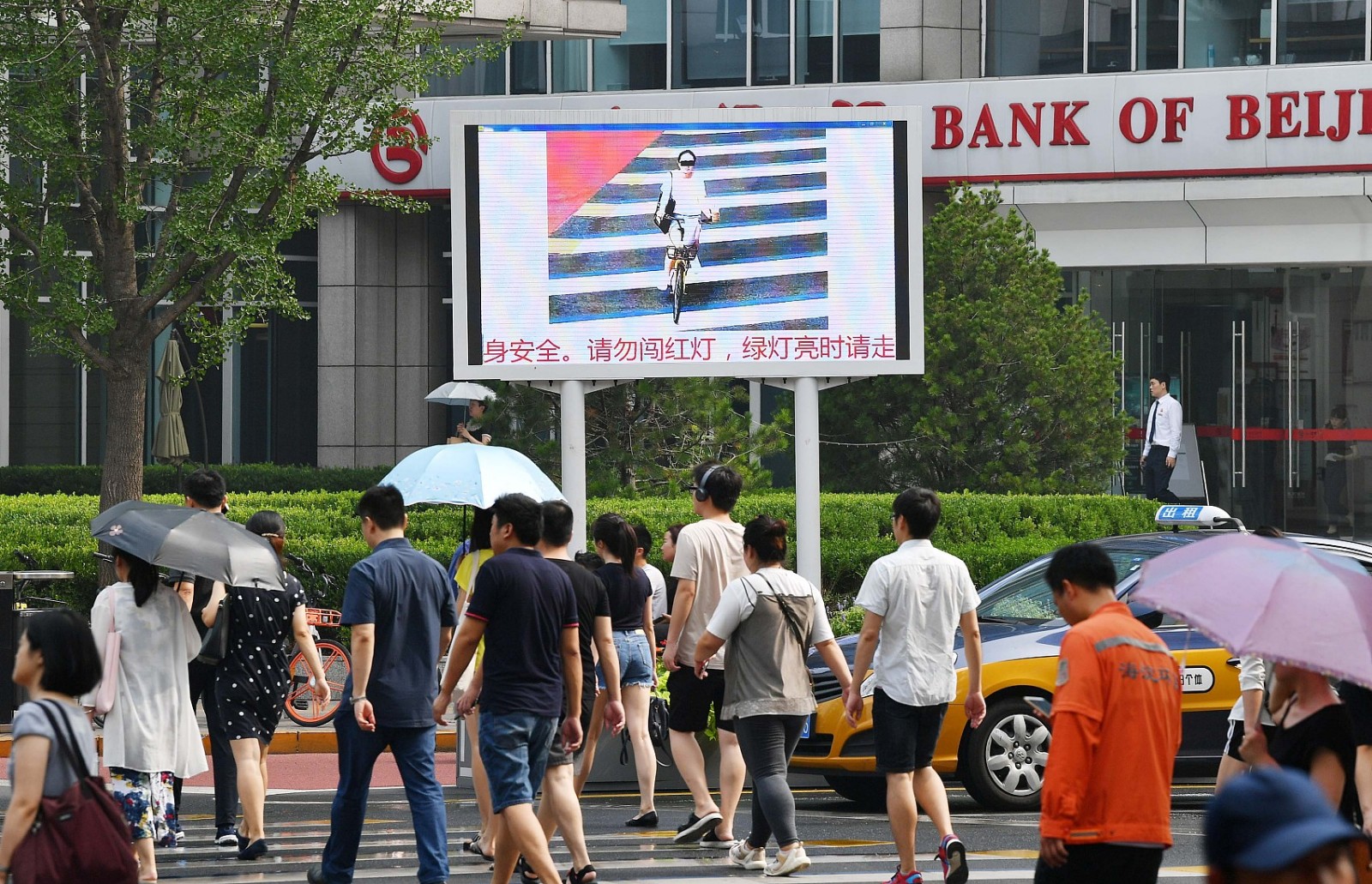 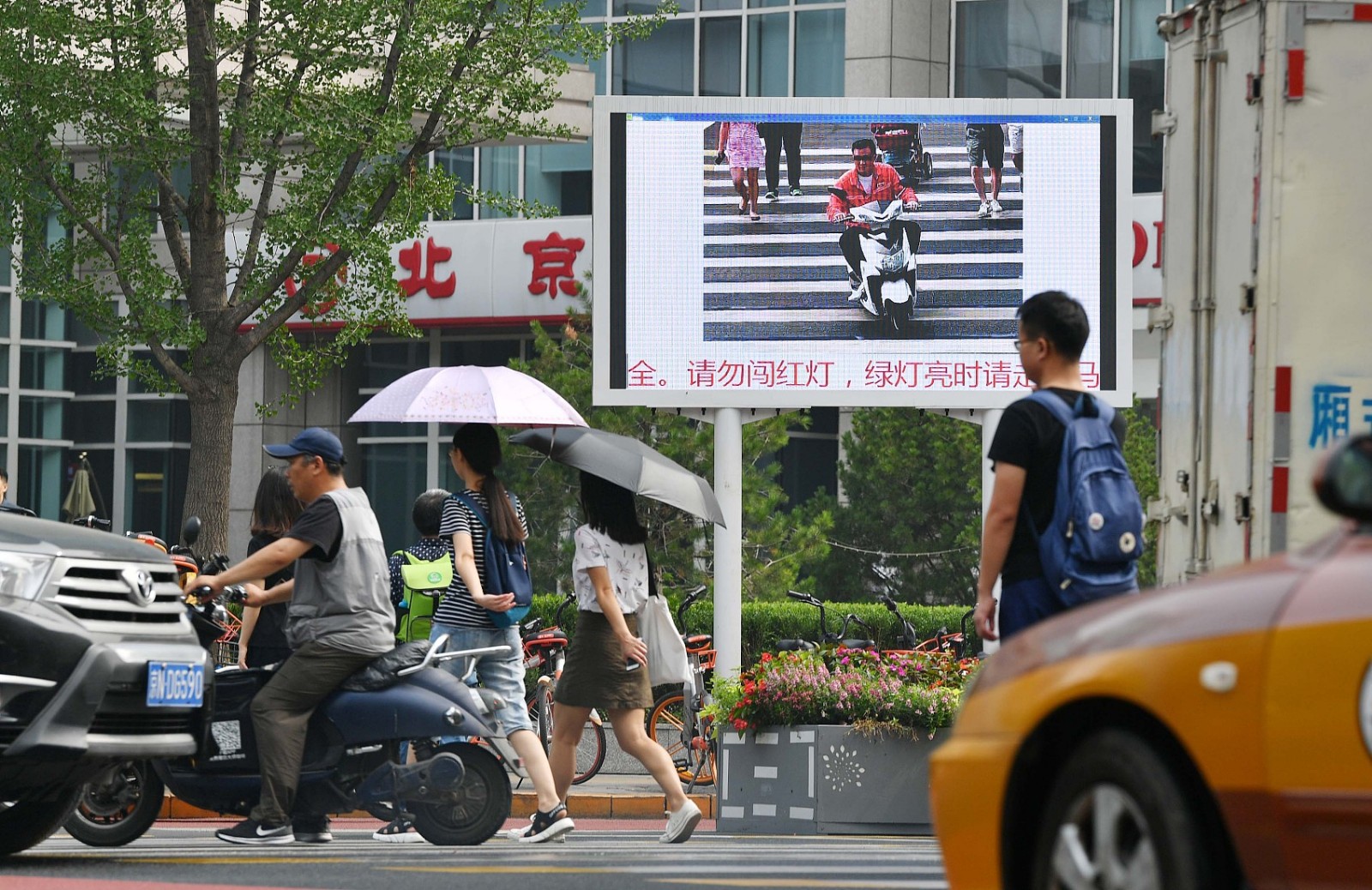 Screens and cameras were installed this week at several intersections. The camera records people as they cross the street. When the traffic light turns red, an image of jaywalkers immediately appears on the giant screen. 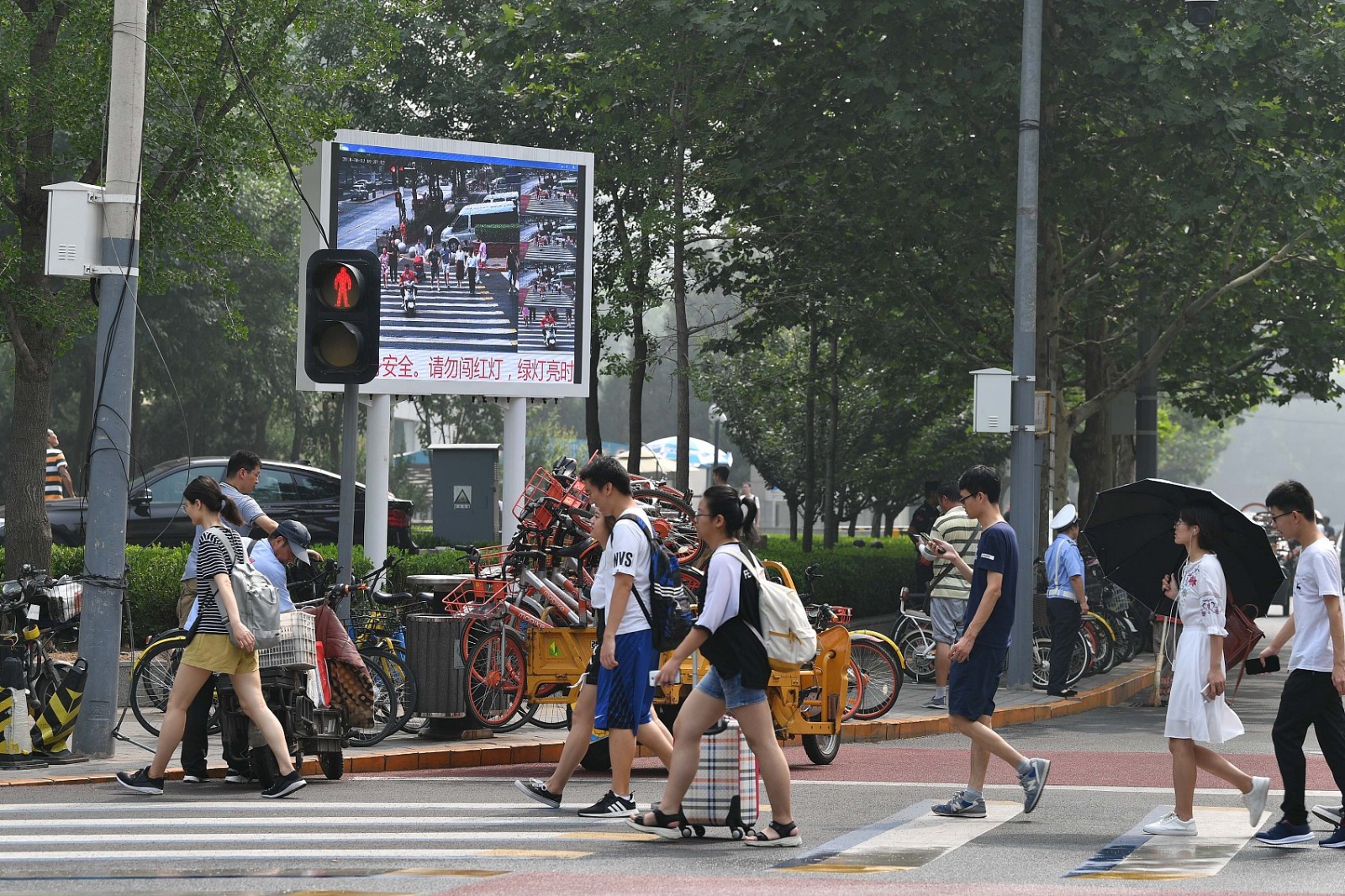 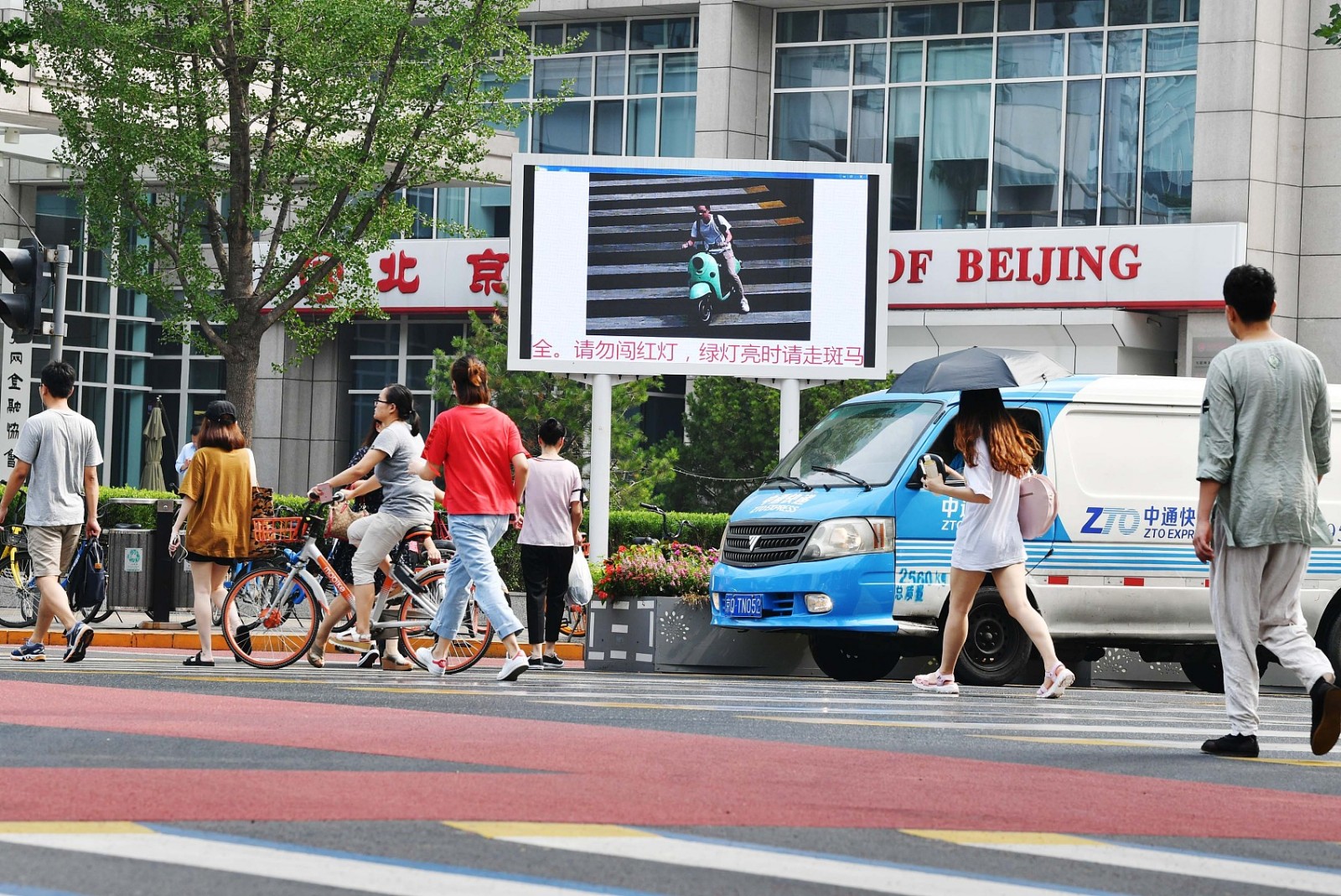 The screen rotates through the five most recent jaywalkers in a loop. 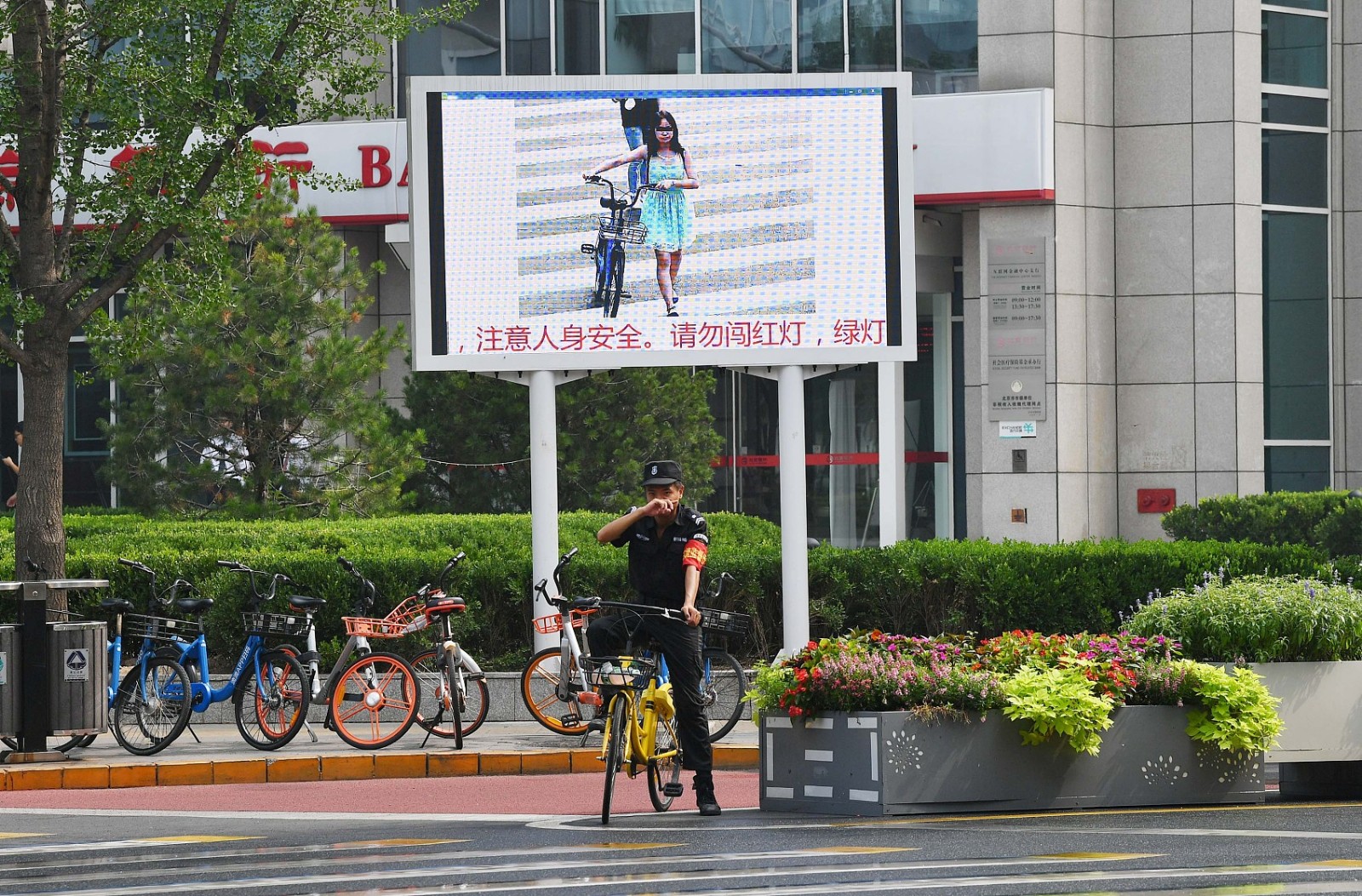 This system, called the “Exposure Screen of Jaywalking on Right Lights,” was first installed in April in a suburb of Beijing, at the intersection of the Guiyou Building on Jingjin Road in Tongzhou district. (Compiled by Zhang Jian)