BEIJING, Dec. 29 (Xinhua) -- China has made notable progress in agricultural development this year despite challenges posed by COVID-19, plant pests and natural disasters, ensuring a bumper harvest and steady growth in farmers' income. 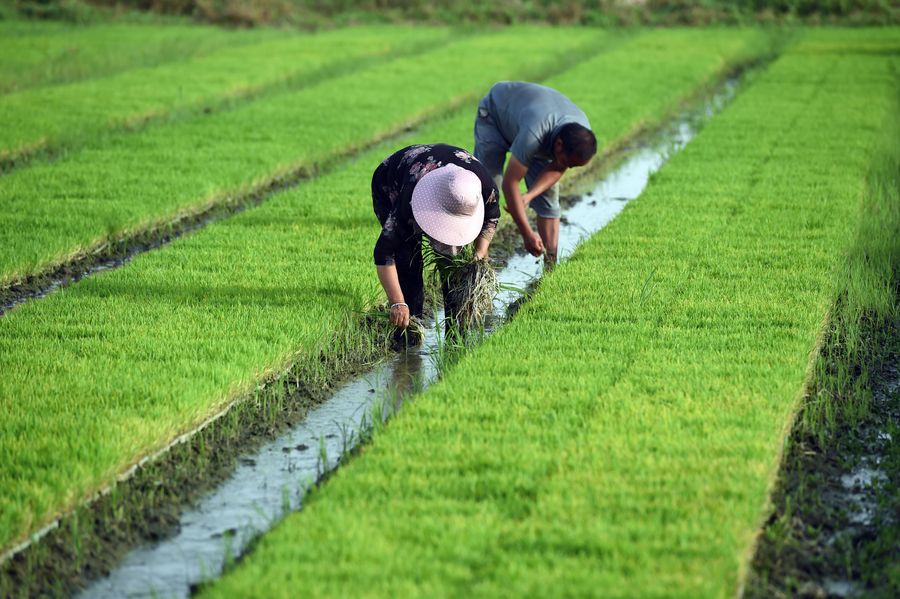 The following facts and figures offer a glimpse into what the country has achieved in advancing agriculture, rural development and poverty alleviation in 2020.

-- The country saw a 704,000-hectare increase in sown area in 2020, reversing the downward trend from the previous four consecutive years, and has vowed to maintain its sown area above 116.67 million hectares in 2021.

-- With multiple measures to increase breeding capacity and prevent African swine fever, China's hog production has recovered rapidly this year, with the inventory of live pigs and breeding sows reaching over 90 percent of the levels seen in normal years as of the end of November.

-- The fishing ban in key waters of China's Yangtze River basin, a move to protect biodiversity and promote green agricultural development, has seen notable results this year, with 231,000 fishermen on 111,000 boats having relinquished their nets so far in ten provincial regions along the river.

-- In the January-November period, the country's fixed-asset investment in the primary industry expanded 18.2 percent year on year to 1.23 trillion yuan, registering a growth for six consecutive months. The pace of growth was 18.3 percentage points faster from the same period last year.

-- China announced in November that all registered impoverished counties in the world's most populous country have shaken off poverty. Over the past 40-plus years of reform and opening-up, more than 700 million people in China have been lifted out of poverty, contributing more than 70 percent of the global reduction in poverty.