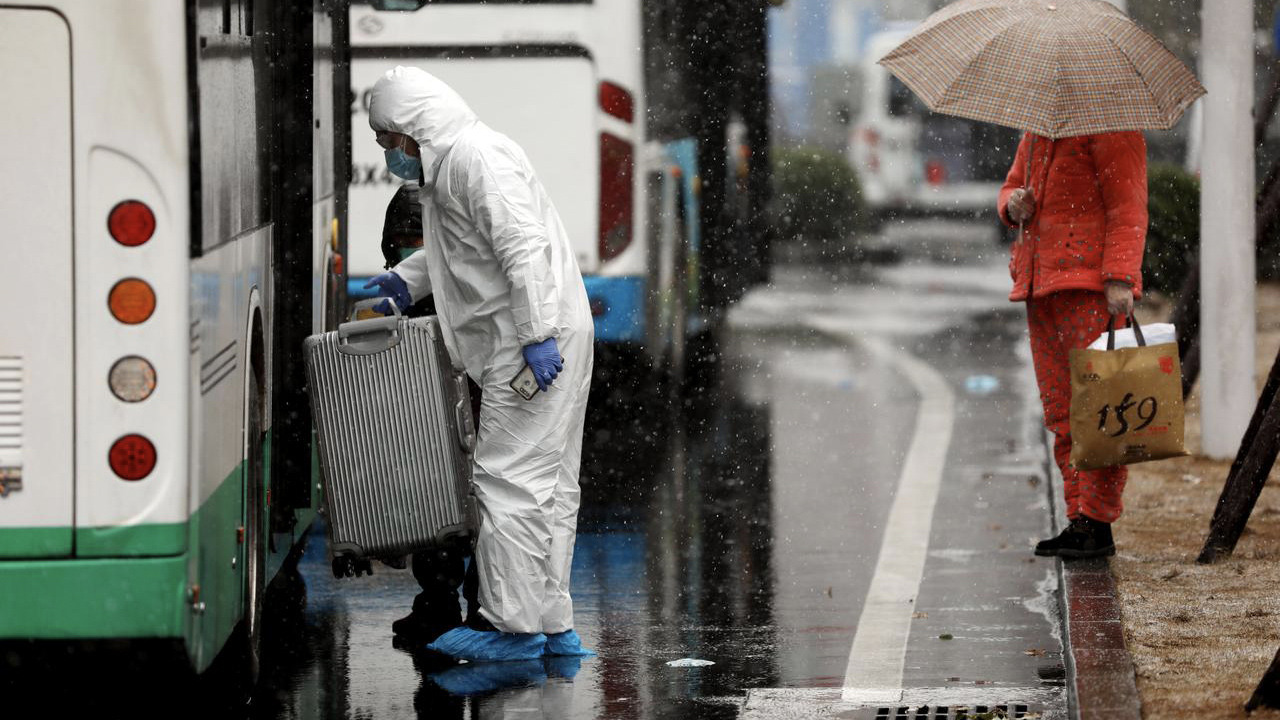 BEIJING, March 6 (Xinhua) -- China has stepped up efforts to curb the spread of the novel coronavirus. Here are the latest developments:

-- Mi Feng, an official with the National Health Commission, said Friday that China must not relax its vigilance or lower the level of work in epidemic prevention and control as the number of imported cases of novel coronavirus disease (COVID-19) increases.

The Chinese mainland reported 17 new confirmed cases of COVID-19 on Thursday outside Hubei Province, the epicenter of the outbreak. Of them, 16 cases, including 11 in Gansu, four in Beijing and one in Shanghai, were from outside the mainland. By the end of Thursday, 36 imported cases had been reported.

-- Beijing is seeking legal safeguards to promote public-spirited behaviors and deter bad habits through regulations. Basic etiquette like covering one's nose and mouth when sneezing or coughing, wearing a mask when diagnosed with flu or respiratory diseases and obeying regulations prohibiting the consumption and trade of wildlife are likely to rise to legal norms.

-- Southwest China's Tibet Autonomous Region has downgraded its emergency response toward the novel coronavirus outbreak. The regional government lowered the local emergency response from the top level to the second level, which will enter effect on Saturday. Certain areas will be managed under the requirements of the third level.

-- More than 90 percent of self-employed business owners have resumed work in south China's Guangdong Province, which has the largest number of individual industrial and commercial businesses in the country, with about 7.1 million self-employed people.

-- A total of 143 new confirmed cases of novel coronavirus infection and 30 deaths were reported on Thursday on the Chinese mainland. Among the deaths, 29 were in Hubei Province and one in Hainan Province.

The overall confirmed cases on the mainland had reached 80,552 by the end of Thursday, including 23,784 patients who were still being treated, 53,726 patients who had been discharged after recovery, and 3,042 people who had died of the disease.

-- Three Chinese medical experts from Tongji Hospital in Wuhan on Wednesday shared their experiences treating the novel coronavirus disease with their Italian peers who made inquiries on a video call.

Enrico Ammirati, a cardiologist in the department of anesthesia and ICU of Niguarda Hospital, raised questions concerning the criterion of wards, treatment schemes of cytokine storm and COVID-19, as well as protection of medics.

-- The Legislative Affairs Commission of the Standing Committee of the National People's Congress on Thursday called for local legislations that fit the actual situations of corresponding places to curb the COVID-19.

Local legislatures should listen to the suggestions from professional personnel and the public to improve the quality of legislation, said the commission.