BEIJING, May 5 (Xinhua) - The four-day May Day holiday triggered a consumption boom in China, which provided a glimpse into the country's consumption potential and economic resilience. 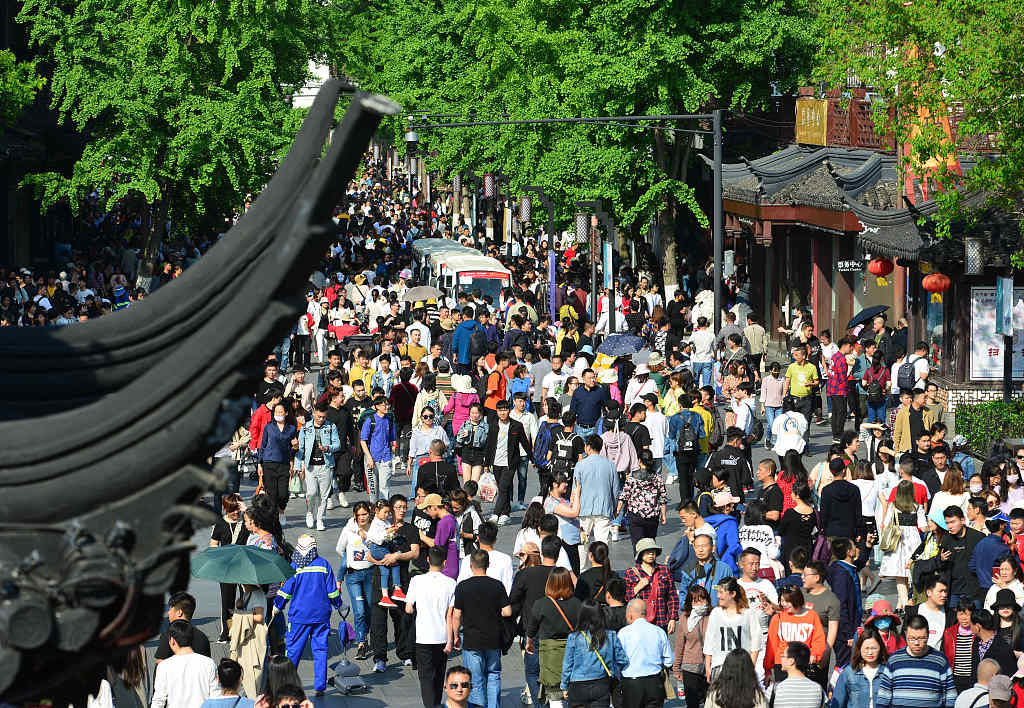 This year's May Day holiday, one day longer than that in 2018, showed the strong consumption potential in the world's second-largest economy. Here are some facts and figures showing what Chinese people consumed and how they spent their leisure time over the holiday:

-- Tourism revenue reached 117.67 billion yuan (about 17.48 billion US dollars) during the holiday, up 16.1 percent, according to the Ministry of Culture and Tourism. A total of 195 million domestic tourist trips were made during the past four days, up 13.7 percent from last year.

-- A daily record of 17.24 million railway passenger trips were made on Wednesday, the first day of the holiday, up 44.3 percent year-on-year, according to the China Railway Corporation (CRC).

-- Outbound travel became more popular as destinations such as Japan and Southeast Asia continued to see the rapid growth of Chinese tourists thanks to an increasing number of direct flights and close proximity to China, according to a report released by online travel agency Tuniu. Islands with beautiful scenery also attracted many Chinese tourists, with Phuket, Bali and the Maldives becoming popular destinations for taking wedding photos.

-- Around 330,000 tourists visited Beijing International Horticultural Exhibition, which opened to the public on Monday at the foot of the Great Wall in the capital's Yanqing District and will last until Oct. 7.

-- Data from Suning also showed a boom in food consumption during the holiday. Sales volume of beer saw the highest growth of 716 percent year-on-year, followed by 433 percent in snacks and 246 percent in crawfish.