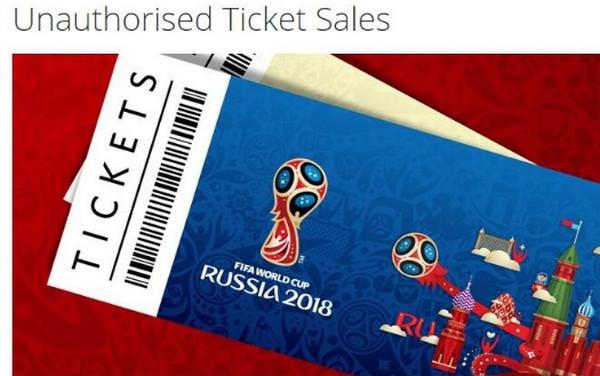 After traveling all the way from China with World Cup tickets they thought were real, 30 Chongqing soccer fans were turned away as they tried to enter the stadium for Saturday’s Iceland-Argentina match. Unfortunately, the incident is only one of many as several Chinese are finding out the hard way that their tickets are fake, People's Daily reported.

According to local Russian law enforcement, some 90 Chinese visitors were duped in one scheme alone. One Russian official said they had asked the travel agency who sold the counterfeit tickets to provide compensation to the victims.

“First, we asked the company to tell the truth and reveal the details to the victims. For those who are already in Russia, the agency should either find a way for them to attend the games or provide compensation for their losses. For those who have yet to arrive, it is up to them to decide if they want to be relieved of their travel contract obligations.”

Many Chinese travel agencies have reported ticket scams to the Chinese embassy in Moscow. Supposedly the tickets were purchased from Anzhi, a Moscow-based supplier but were never delivered.

The company claimed it had been approved to sell tickets for this year’s tournament and showed officials what was presumably a formal letter of approval but was later deemed to be a fake by tournament officials.

Chinese embassy officials in Moscow have alerted travel agencies to report all scams to the local authorities and to safeguard their rights through legal channels.