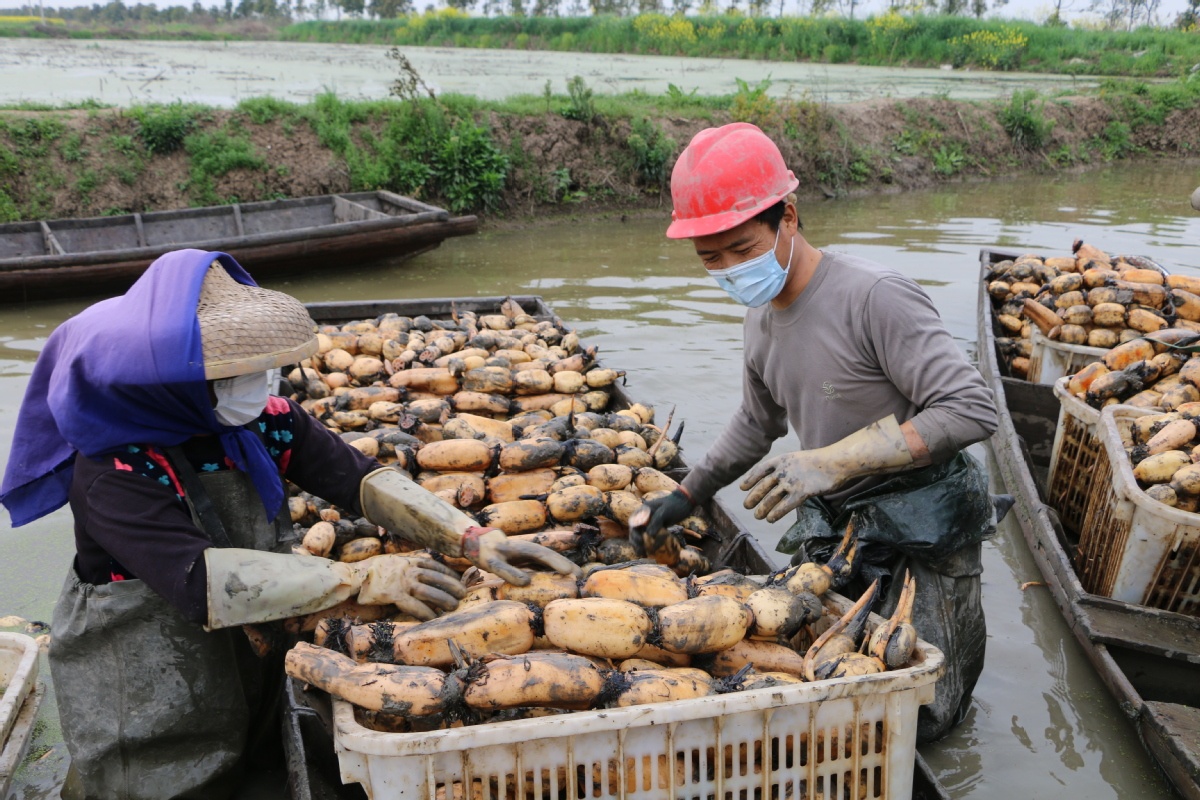 Lotus root farming, a pillar industry in Jiangling county, Hubei province, has resumed now that the novel coronavirus outbreak has been brought under control in China, but exports have been depressed by its spread overseas.

The Baihu branch of Liuheyuan farm, one of the first farms in the county to resume production, has been promoting lotus root sales domestically for over 20 days, branch director Wang Jianchang said.

The farm arranged for dozens of workers to return to work on March 6 after they passed medical tests. In the following week, 40 more workers from Hunan province, Guangxi Zhuang autonomous region and Anhui province arrived at the farm on chartered buses.

Tang Zezhong, manager of a Jingzhou Baihu Ecological Agricultural lotus root processing plant, said the resumption of work after the Spring Festival holiday had been delayed by 46 days this year.

Lotus root can be harvested for about 10 months, from mid-July to the end of the following May, but Tang said the start of the novel coronavirus outbreak in Hubei in December had led to strict exit-entry restrictions in January that banned travel and gatherings, and "the whole process had been postponed".

"The epidemic has shortened the harvest time," he said. "Now there's still a lot of unharvested lotus roots." 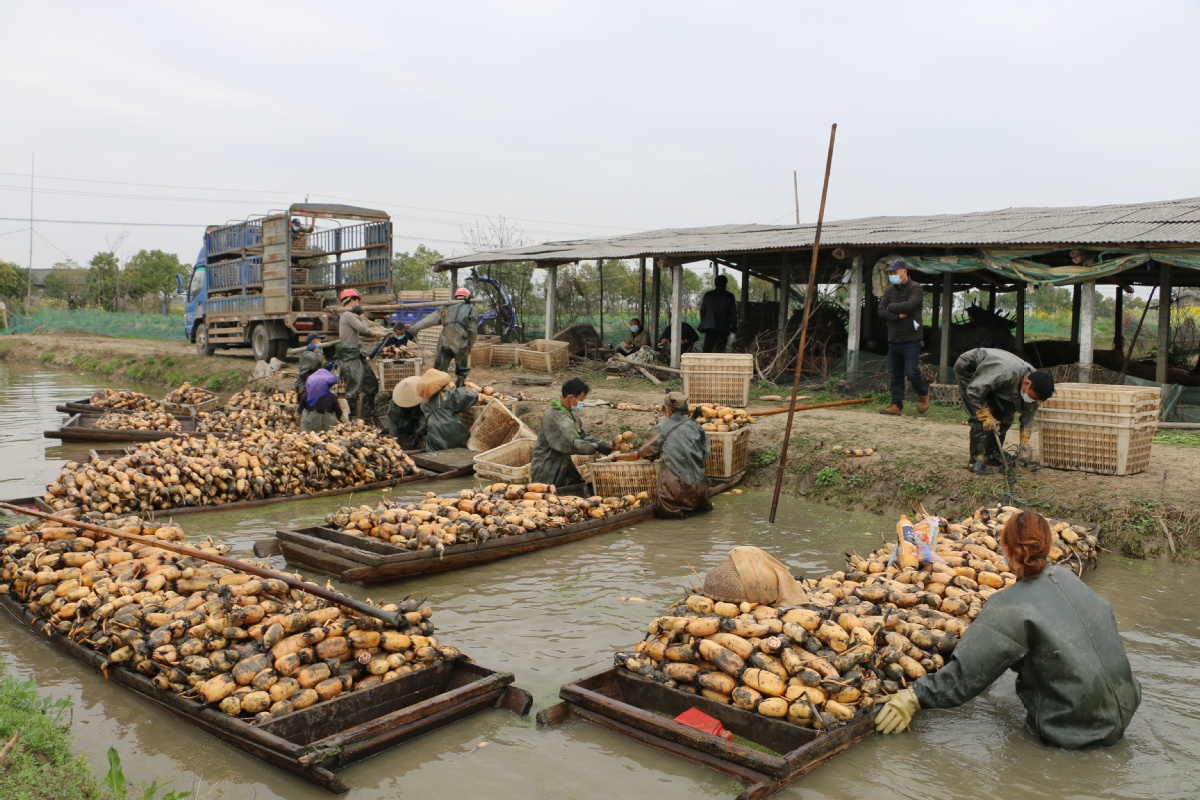 The company, founded in 2015, planted over 173 hectares of lotus root at the Baihu branch, in Jiangling, last year. Each hectare can produce about 26 metric tons of lotus root a year, and the company harvested about 4,550 tons last year.

Over 133 hectares planted with lotus root had been harvested before Spring Festival in late January.

Although the workers are back and the remainder of the lotus root awaits collection, processing and shipment to buyers, the overseas market has become sluggish, with many countries imposing import restrictions as a result of the novel coronavirus pneumonia pandemic.

But the company's lotus root processing factory had suspended most production since March 29 because imports had been banned by the United States, Canada and Southeast Asian countries.

"It has been a week since we stopped shipping to customers in the US," Dai said. "The rest of the lotus root, planted on over 20 hectares, will be wasted."

The company mainly counts on the overseas market, but overseas orders had fallen by 50 percent since mid-March, when the company resumed production, and then weakened further, Dai said.

"The local government is quite supportive and has introduced some merchants to us, but their demand is limited, compared with the 500 to 600 tons of produce waiting to be harvested," he said.

"This year is the hardest year since 2015. The lotus root to be harvested will cost me over 1.5 million yuan ($212,000) in losses, not to mention the cost of workers' salaries and management fees."

Dai said about 60 percent of the harvested lotus root was fit for export, with the rest sold cheaply to factories in Hubei and Hunan province as a raw materials to make lotus root powder or snack slices. However, domestic sales were just enough to pay the workers' salaries.

"I considered cooperating with e-commerce platforms but have given up the idea because the lotus root cannot wait for the long time it would take for us to get enough customers via online retailers," he said, adding that lotus root becomes too mature to eat if it is not harvested in time.