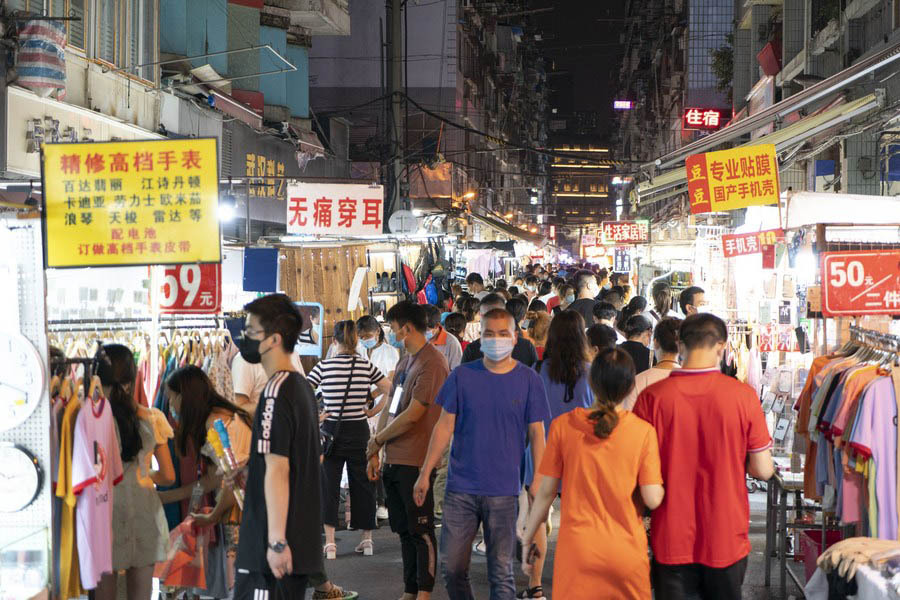 Perhaps the most harmful aspect of the study is that it has touted false information to the public, and spread "paperdemic" amid the COVID-19 pandemic at a time when disinformation can be even more lethal than the virus itself.

BEIJING, June 13 (Xinhua) -- American Broadcasting Company (ABC) News recently cited a new study released on the DASH academic platform of Harvard University to suggest that the coronavirus epidemic might have been spreading as early as August last year in the Chinese city of Wuhan.

Many scientists have quickly come out to dismiss the study. Michael Ryan, executive director of the World Health Organization Health Emergencies Program, said Wednesday that the study should not over-interpret the change in the number of cars in those hospital parking lots in Wuhan and associate it with the epidemic.

As a matter of fact, the ill-founded study has gone far beyond simply over interpreting its limited findings.

Screenshot of the study released on the DASH academic platform of Harvard University on June 13, 2020. (Xinhua)

For starters, this highly prejudiced study has, intentionally or not, become an accomplice in a vicious campaign to smear and scapegoat China waged by a handful of people in the United States. Already, this study has been widely exploited by some U.S. politicians and media outlets as a new evidence to prove China's lack of transparency in the epidemic. And it seemed that those who worked on the study already jumped to their conclusion even before the project began.

Also, the research paper, which has merely drawn its conclusion from several satellite images and internet search queries, is filled with loopholes and factual errors, and is in no way to match the criterions required in a serious academic research.

One is that the DASH academic platform is only an open database to collect research materials of Harvard's research faculties, not peer-reviewed journals. Thus, this very study is more of a post in a public cyber chat-room, and is far from representing the academic standards of the Harvard Medical School.

Moreover, one of the authors of the research also contributed to the ABC News story exclusively reporting the study. This "coincidence" has raised doubts over the intention behind the coverage.

What is also absurd is one key evidence the study has used to prove its case. The paper tried to argue its point by evoking the search volumes of "coughs" and "diarrhea" in September 2019 on Baidu, a Chinese search engine. Yet other researches have found out that the internet search increases of those two key words in the same month of 2017 and 2018 both surpassed that of September last year. By their ridiculous logic, the COVID-19 pandemic might have broken out many years ago.

Perhaps the most harmful aspect of the study is that it has touted false information to the public, and spread "paperdemic" amid the COVID-19 pandemic at a time when disinformation can be even more lethal than the virus itself.

A Reuters report recently argued that "while speedy scientific analysis is highly useful if it's good, flawed or misleading science can sow panic and may make a disease epidemic worse by prompting false policy moves or encouraging risky behaviour."

Right now, the deadly pathogen has already infected more than 7.6 million people and claimed the lives of over 420,000 worldwide.

This is a moment when scientists and academic researchers should treat their professions in a prudent manner, and use their expertise to help vanquish the disease as early as possible. Any act of "paperdemic" like this so-called Harvard study will only be an insult to science and a shame for the researchers themselves.