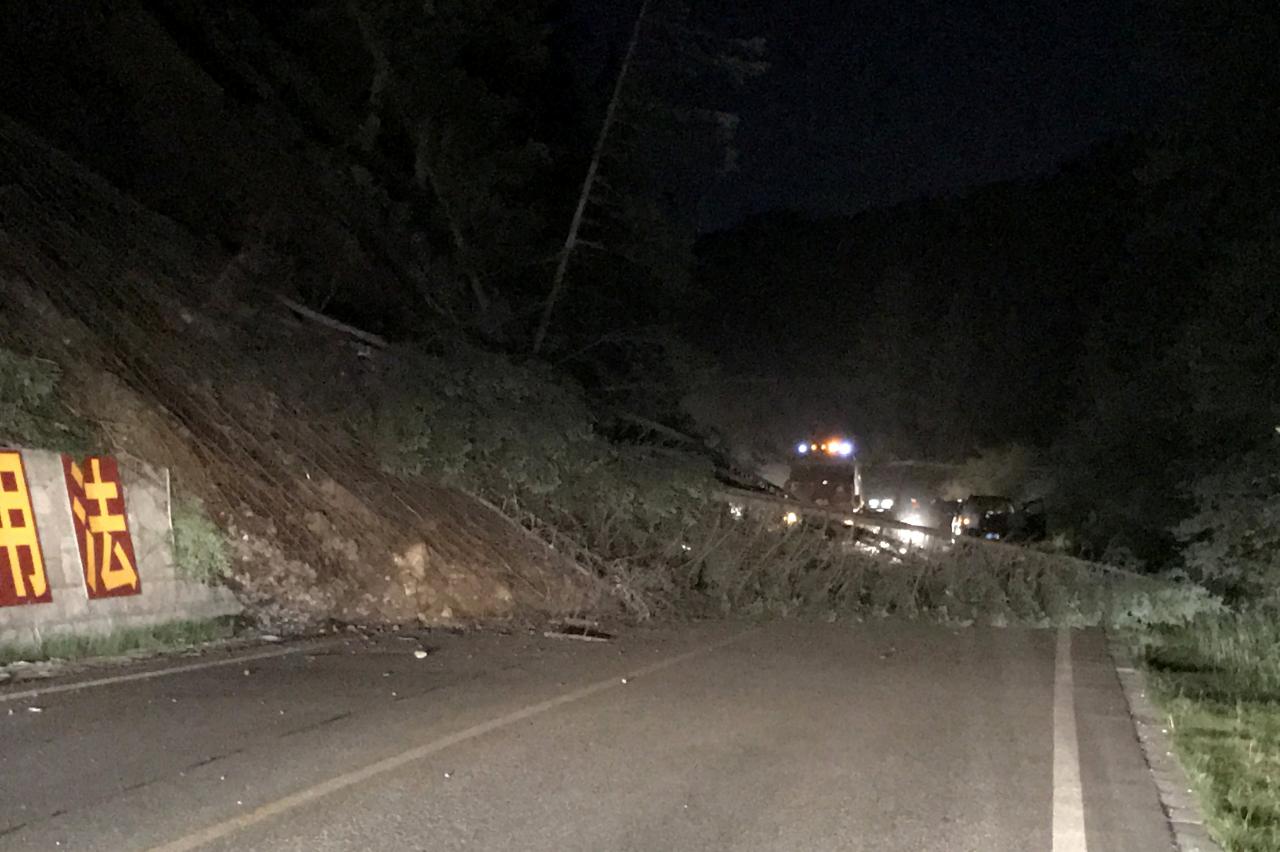 As early as 7 am on May 12, the 10th anniversary of the Wenchuan earthquake, victims' families started arriving at the remains of the Beichuan township.

Before the tourists started coming in, Cheng Xingfeng and her husband quietly visited the ruins of the New Beichuan Middle School Campus, where a memorial for earthquake victims now stands. Their son, He Chuan, is still listed as missing.

Cheng went over the railing and climbed up the rubble until she reached a deserted desk. Part of Jingjia Mountain, which the school campus was built against, collapsed during the earthquake. Rocks and dirt buried the school. What used to be a basketball court is now a small hill.

She visits the site three times a year: Qingming Festival, May 12 and her son's birthday. Cheng ties a banner to the monument with a message written for her son. Each ends with her phone number, in the hopes her son will see it and call home.

"Everything has changed these past 10 years except a mother's affection for her son. Your mother will always love you and our family will always be together," her message reads.

Another family brought their younger son, born after the earthquake, to pay respects to his older brother. The father burned incense, paper money and packaged T-shirts in front of the school remains.

Some families have moved on and started again. Others, however, still hang on to the past. In front of the May 12 Earthquake Museum, near the remains of the old township, Sun Zhengwen mourns the death of his 17-year-old son. For 10 years, Sun has sought answers from the government, questioning whether the structural integrity of the school played a part in his death. Sun told the Global Times he plans to keep pursuing his case.

May 12 saw more tourists at the site than usual. A group of elementary school children walked past the remains as a guide tells them about what happened during the earthquake, and how to prevent such tragedies from happening again.