Family of victims in Hangzhou nanny arson sue for compensation 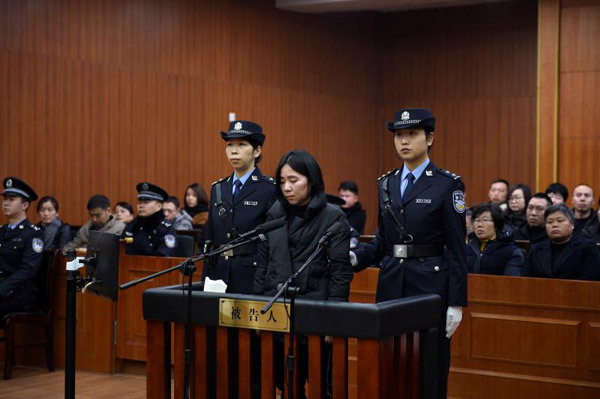 Lin Shengbin, whose wife and three children were killed in a fire in their apartment that was started by the family's nanny, has filed a civil claim seeking 130 million yuan in compensation, reports Chinanews.com.

Lin and his wife's parents filed the case with the Hangzhou City Intermediate People's Court on May 21 against nine parties, including the apartment's property services company, the Hangzhou fire department, and the housekeeping service that hired the nanny.

Lin is claiming that the building's design and the lax enforcement of fire safety standards played a part in the tragedy. He is also claiming that the Hangzhou fire department bears responsibility for the failed attempt at a rescue operation.

According to the Hangzhou City Intermediate People's Court, Mo Huanjing, the family's nanny, set fire to the family's apartment on June 22. The fire killed Lin's wife Zhu Xiaozhen and their three children, two boys aged 4 and 10 and their 7-year-old girl.

In a meeting with her lawyer, Mo said she hadn't intended to hurt the victims. The court found that Mo started the fire with the goal of extinguishing it so that her employers, as a sign of their trust and appreciation, would loan her money that she could use to cover gambling debts.

During her time working in the family, Mo financed her gambling by stealing jewelry and watches worth more than 180,000 yuan. She also borrowed 114,000 yuan from the family, claiming that the money would be used to help her buy a house.

On three prior occasions, Mo had been found stealing when she was working in Zhejiang and Shanghai, and had subsequently been fired.