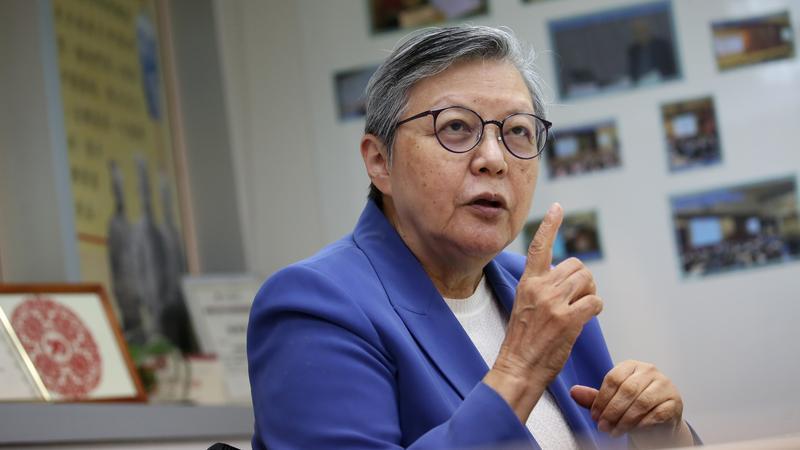 The law, which came into effect on June 30, has delivered a strong deterrent effect, but it will take a hefty penalty by the court to make the separatism activities disappear, she said.

In a one-on-one interview with China Daily, Fan, who is also a former member of the Standing Committee of the National People's Congress, said that shortly before the law was passed, many "ringleaders" in the opposition camp have either retired or severed ties from separatism, with some even saying they had never supported Hong Kong independence.

"We notice that many people are frightened by the passage of the National Security Law and they have stepped back", she said. "Although there were still many protesters taking to the streets on July 1 without police permission, the scale was much smaller than before. There would have been more and more people on that day if the National Security Law was not in force."

Fan said she doubts that opposition leaders like Martin Lee Chu-ming and Anson Chan Fang On-sang are truly repentant and will turn over a new leaf.

"People in the opposition camp are often very swinging", she said. "We will also have to wait and see whether many people are charged with national security offenses, get convicted and if the sentences are sufficiently severe. If the suspected persons are discharged or are handed only very light sentences, the power of the National Security Law will be weakened, prompting people in the opposition camp to become bold again and return to their pro-independence stances," she pointed out.

In her view, people who demonstrated separatist banners and slogans and waved foreign flags may have committed the offense of secession, particularly a motorcyclist who hoisted a separatist flag and drove into several policemen, injuring them and himself. The man was arrested and charged with secession and terrorism offenses.

She added that the implementation of national security legislation in Hong Kong is necessary to put an end to pro-independence activities and the "black violence" stemming from illegal protests against the now-withdrawn extradition bill.

She also blasted the opposition camp for holding unauthorized assemblies on July 1 in defiance of police disapproval and organizing a so-called primary election on July 11 and 12, attracting a huge number people coming together amidst the coronavirus pandemic.

Given an incubation period of seven to 14 days, the drastic rise in the number of confirmed COVID-19 cases coincides with the days when huge crowds were coming together.

According to official record, the number of cases started to build up from a few imported cases to reaching triple digits and hitting 108 cases on Sunday for the first time on a single day. The record was broken again on Wednesday, when Hong Kong recorded 113 infections. On the same day, the government announced mandatory wearing of masks in all public indoor venues, bus terminuses and transit areas of public transport.