CHINA Fans of pop stars out of control

Fans of pop stars out of control

China's Ministry of Public Security has called on fans of pop stars to be "rational and civilized" after a group smashed the glass side partition of an auto-walk escalator at Hongqiao airport.

The broken glass on an auto-walk escalator at Hongqiao airport. (Photos: Shine.cn)

The ministry warned those disturbing public order or infringing personal rights could face detention, fines and even criminal charges.

A large crowd of fans, including some believed to be organized by agents, gathered at a terminal of Hongqiao International Airport on Saturday to welcome or say farewell to a dozen pop stars.

When a pop star appeared, the fans would scream and rush toward them, blocking passageways. The glass on an auto-walk escalator was smashed in one surge. No one was injured.

"I was really shocked by the large crowds of people filling the first and second floors of the terminal at 6pm," said a witness surnamed Lu. "It looks even more bustling than the Spring Festival travel rush."

There had been publicity that 10 pop stars would appear at the airport on Saturday. 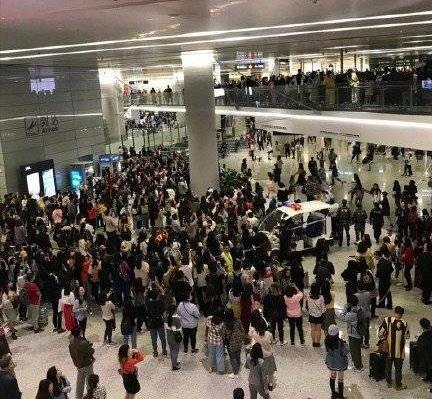 A large crowd of fans  at a terminal of Hongqiao Airport.

Photos of the broken glass have been widely circulated on Weibo.

Netizens claimed agents may have motivated to create an Internet sensation to publicize their clients.

"It is such an uneducated and life-threatening activity," said a popular commentator on the Weibo.

In July 2018, the Civil Aviation Administration of China asked domestic airports to enhance the management of fans after flights were delayed and facilities damaged.

The industry regulator requested that the schedules of famous passengers such as pop stars be kept secret.

In a previous case in May 2018 at Hongqiao airport, more than 20 fans rushed onto a plane without having their tickets checked to accompany their idol, which led to a more than two-hour flight delay.

In 2015, a glass door at the arrival terminal of Hangzhou airport was broken by a group of fans who dashed toward their idols. Some fans were injured by glass shards. 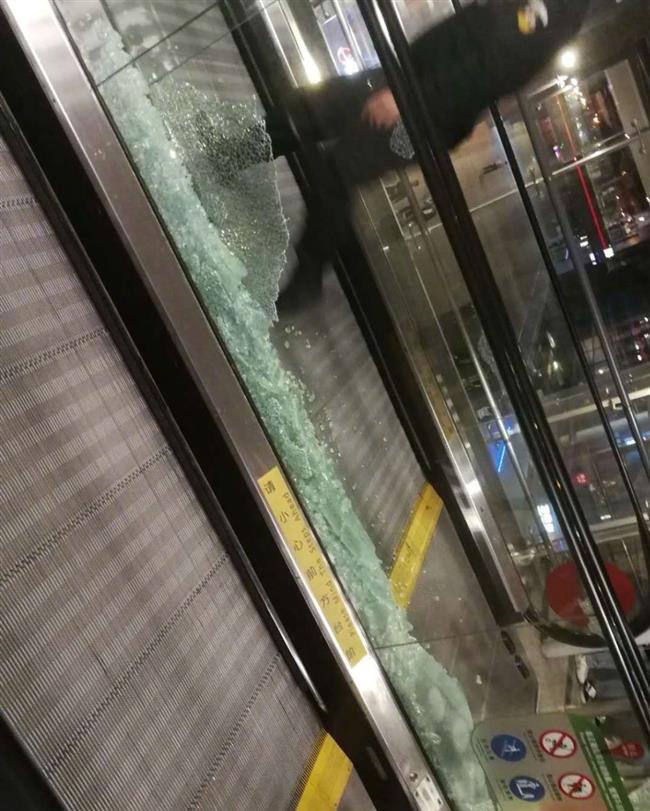 The broken glass on an auto-walk escalator at Hongqiao Airport.