Farmers can use smartphones to check paddies for diseases and pests

China has developed a system that will let rice farmers use a mobile phone to automatically diagnose diseases and pests in their crops. 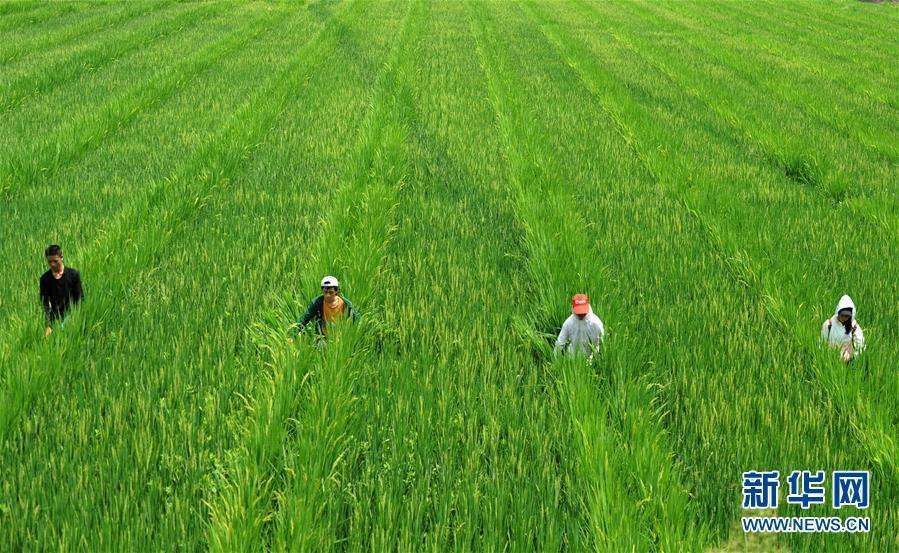 The intelligent system can automatically recognize more than 50 different plant diseases and insect pests in rice paddies, the Xinhua News Agency reported on Thursday.
The Anhui Academy of Agricultural Sciences in East China's Anhui Province developed the system jointly with the Institute of Intelligent Machines, located in Hefei, capital city of Anhui, and affiliated with the Chinese Academy of Sciences, Xinhua reported.
The system can identify 11 paddy diseases and 40 different insect pests with an average recognition rate of over 80 percent.
The rate is the highest among similar systems across the world, according to the official website of the academy.
The system is based on artificial intelligence and a deep learning algorithm of classifying and identifying images, the academy said.
Users can access the system by installing a mobile phone app. They would receive a quick and timely diagnosis about crop disease and pests after uploading photos, the academy said.
Based on more than 1 million sample images with independent intellectual property rights gathered by the academy over the years, the system could efficiently analyze users' photos and give feedback, which can help farmers properly handle their issue, the Anhui Daily reported.
The academy will cooperate with the institute to expand the sample gallery of crop diseases and insect pests. In the future, the system will include various other important crops, such as wheat, maize and vegetables, according to the Anhui Daily.