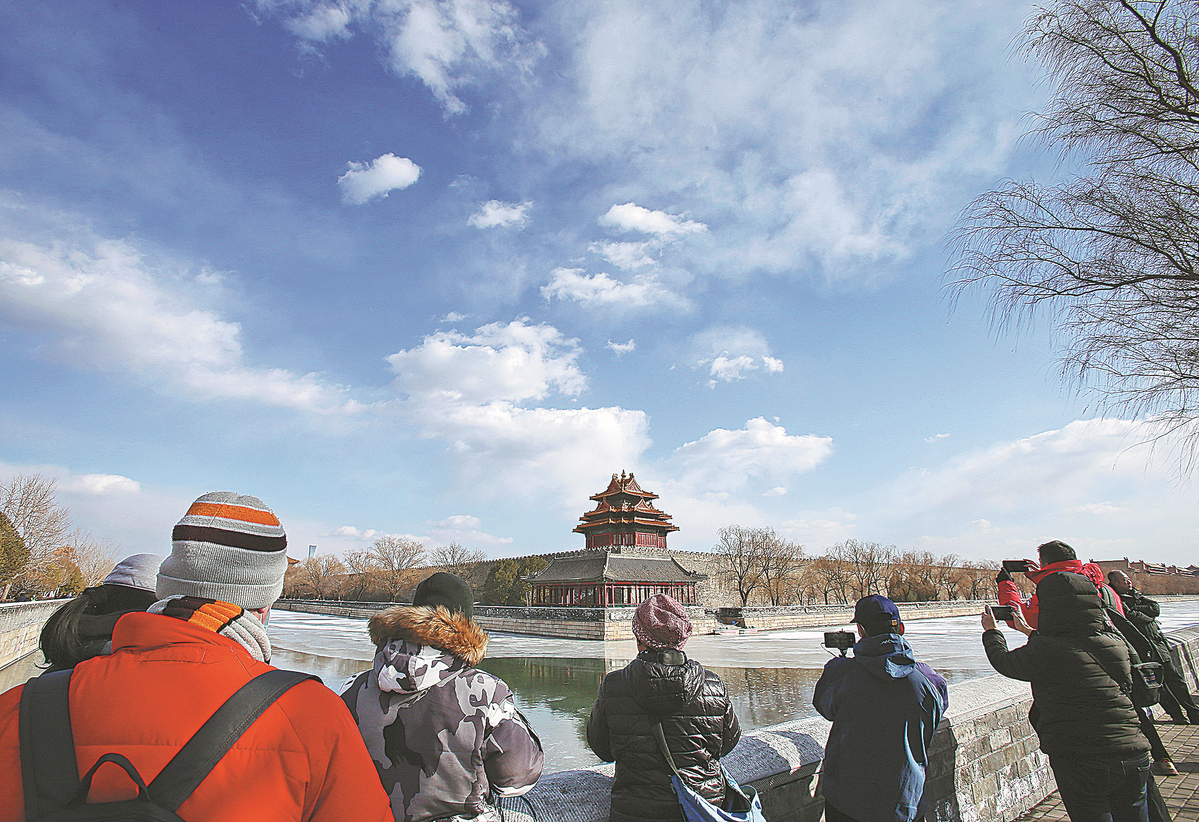 Thanks to a 56 percent decrease in the annual average density of PM 2.5 particulate matter in 74 major cities in the past decade, China is now the country with the fastest progress in improving air quality, said Minster of Ecology and Environment, Huang Runqiu.

The average period of heavy air pollution in these cities has dropped by 87 percent, he said at a news conference organized by the Publicity Department of the Central Committee of the Communist Party of China on Thursday.

China began PM 2.5 monitoring in 74 key cities including Beijing in 2013. Monitoring was later extended to all 338 cities above prefecture level in 2015.

Last year, average PM 2.5 concentration across the country was 30 micrograms per cubic meter, compared with 46 mcg/cubic m in 2015, Huang said.

"According to a report from Bloomberg, China has reduced air pollution nearly as much in the seven years from 2013 to 2020 as the United States did in the three decades after the Clean Air Act was passed," Huang noted.

The minister particularly highlighted the significant improvement to air quality in the capital.

Holding up a photo of star trails taken with a building in the Forbidden City in the background, he said, "To be able to take such a photo, there must be extremely high air quality and transparency. Thus, this photo is a real reflection of the improvement to air quality in Beijing in recent years."

"Now blue skies dotted with white clouds are a normal sight, and no longer a luxury," he said.