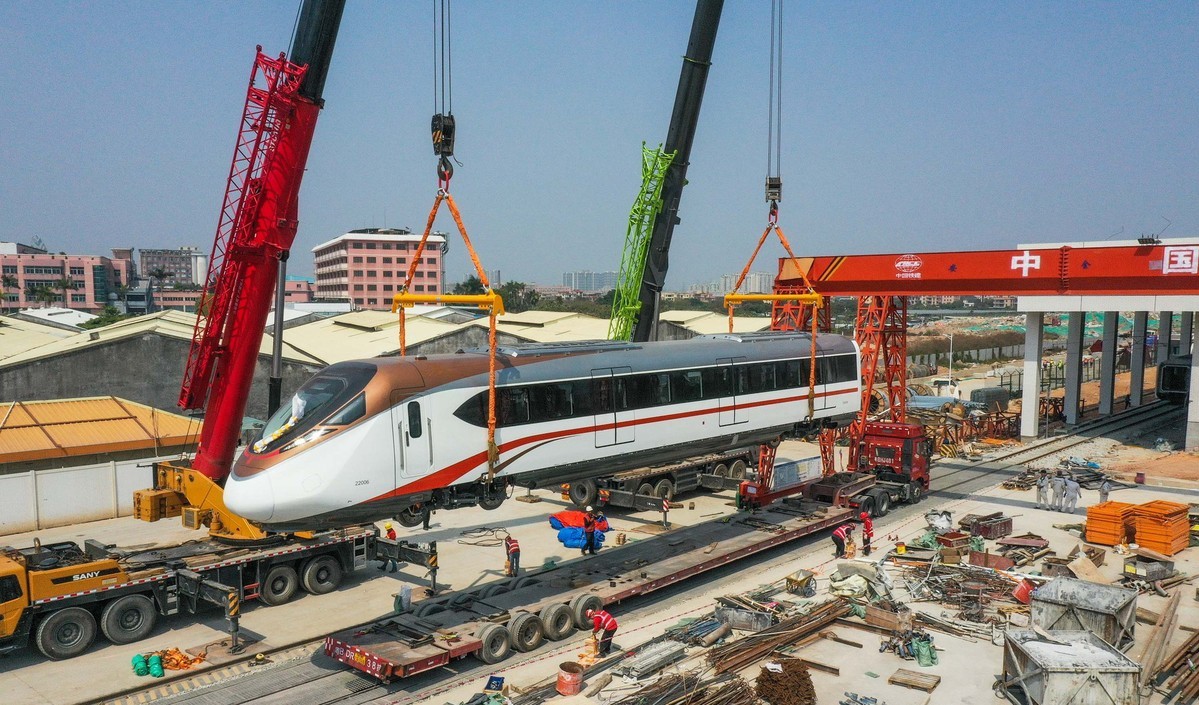 The first underground train that reaches a speed of 160 kilometers an hour that will be put into use in the Guangdong-Hong Kong-Macao Greater Bay Area is hoisted up and carried to a designated metro station in Guangzhou, South China's Guangdong province, on Feb 20, 2021. (Photo: Xinhua)

A underground train that will reach a speed of more than 160 kilometers an hour was successfully hoisted up and carried to a designated metro station in Nansha district in Guangzhou, capital of South China's Guangdong province, on Sunday.

The underground train will first be used to operate between Nansha district and the downtown area of the southern metropolis after a series of safety tests have been completed in the following months.

It will become the first underground train that reaches a speed of 160 kilometers an hour to be put into use in the Guangdong-Hong Kong-Macao Greater Bay Area, which includes nine cities in the Pearl River Delta of Guangdong province, and Hong Kong and Macao special administrative regions.

The fast underground train will help shorten travel time and reduce production costs when it is put into operation, linking the Nansha Pilot Free Trade Zone at the mouth of the Pearl River to Guangzhou's central business districts.

And it will play a role in further promoting and accelerating the economic construction of Nansha district, where one of Guangdong's three pilot free trade zones lies.