An underground train that will reach speeds of more than 160 kilometers an hour was transported to a depot in Nansha district of Guangzhou, capital of Guangdong province, on Sunday. 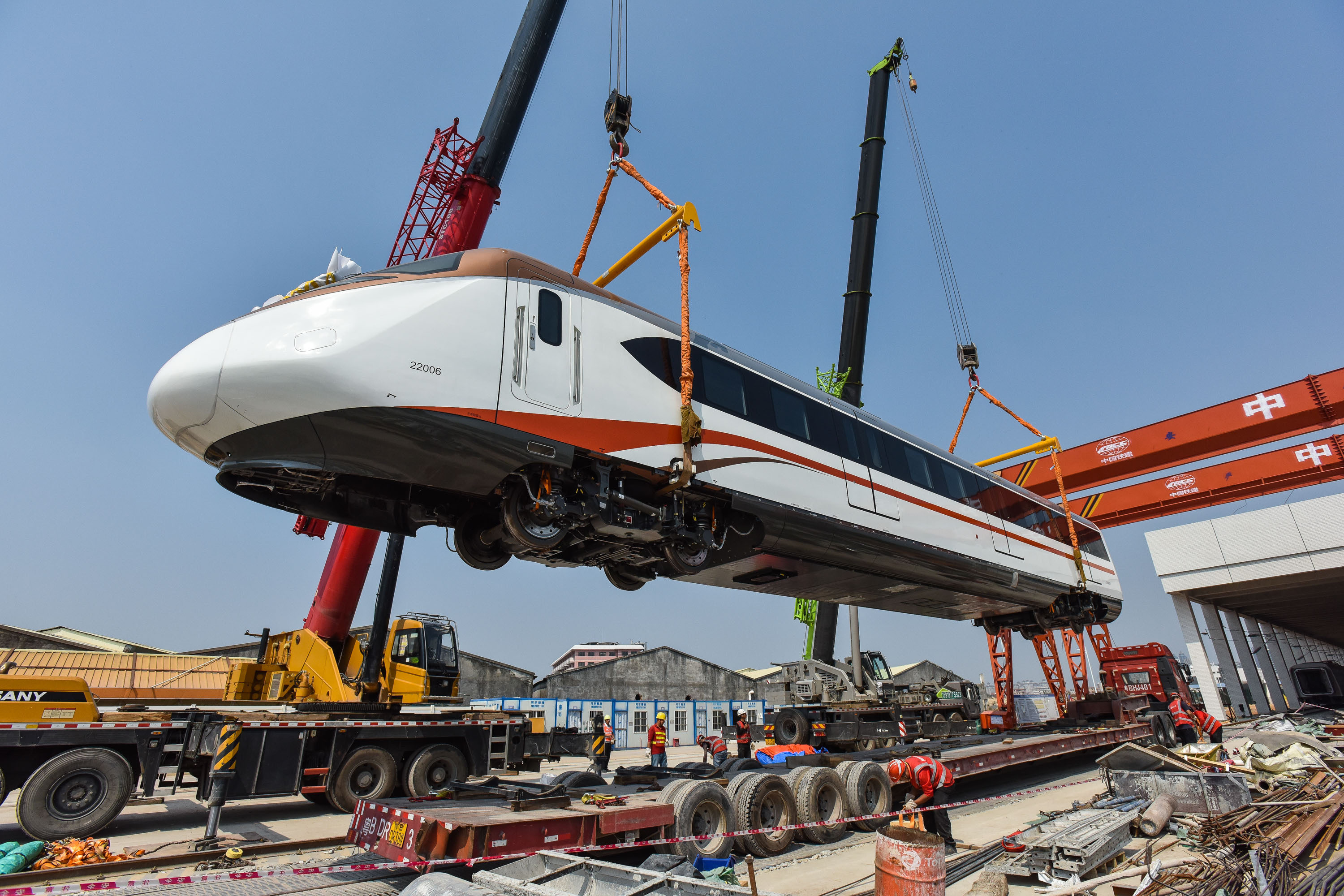 A subway train is hoisted onto a sidetrack in Guangzhou, Guangdong province, on Saturday. The train, the first to operate on the city's lines 18 and 22, will run at up to 160 kilometers per hour. The lines are expected to begin operating in June. [Photo/Xinhua]

The train, manufactured by CRRC Zhuzhou Locomotive based in Zhuzhou, Hunan province, was delivered as the depot became ready to host trains.

The train will initially operate between Nansha and downtown Guangzhou after a few months of safety tests are completed.

It will become the first underground train traveling at 160 km/h to be put into use in the Guangdong-Hong Kong-Macao Greater Bay Area.

The fast underground train will help shorten travel times between the Nansha Pilot Free Trade Zone at the mouth of the Pearl River and Guangzhou's central business district.

It will also play a role in further promoting the economic construction of Nansha district, the site of one of Guangdong's three pilot free trade zones. The others are Qianhai in the Shenzhen special economic zone that borders Hong Kong, and Hengqin in the Zhuhai special economic zone, which is next to Macao.