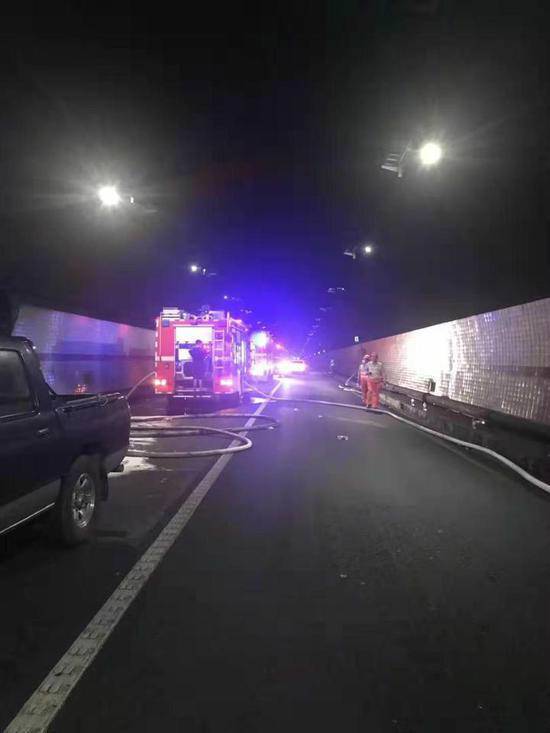 HANGZHOU, Aug. 28 (Xinhua) -- A road accident which has left five people dead and 31 injured in China's Zhejiang Province Tuesday was caused by dense smoke from a truck that caught fire in a tunnel, local authorities said Wednesday.

Preliminary investigation showed that the accident occurred at 6:27 p.m. when a tyre of a truck caught fire in a tunnel on the Shenyang-Haikou expressway, according to the publicity department of the city of Taizhou.

The flames quickly engulfed goods on the truck and triggered a large amount of smoke, resulting in vehicles and people getting trapped in the tunnel.

Traffic police arrived at the scene at 6:32 p.m., but the fire wasn't extinguished soon as it spread very fast. The city dispatched more personnel from the local public security department, fire department, and first-aid and medical team to the scene to evacuate and rescue the trapped, and later put out the fire.

A total of 36 people were sent to hospital for treatment, five of whom died, according to the publicity department.

Further investigation of the accident is underway.