Father and son form winning team in battle against adversity 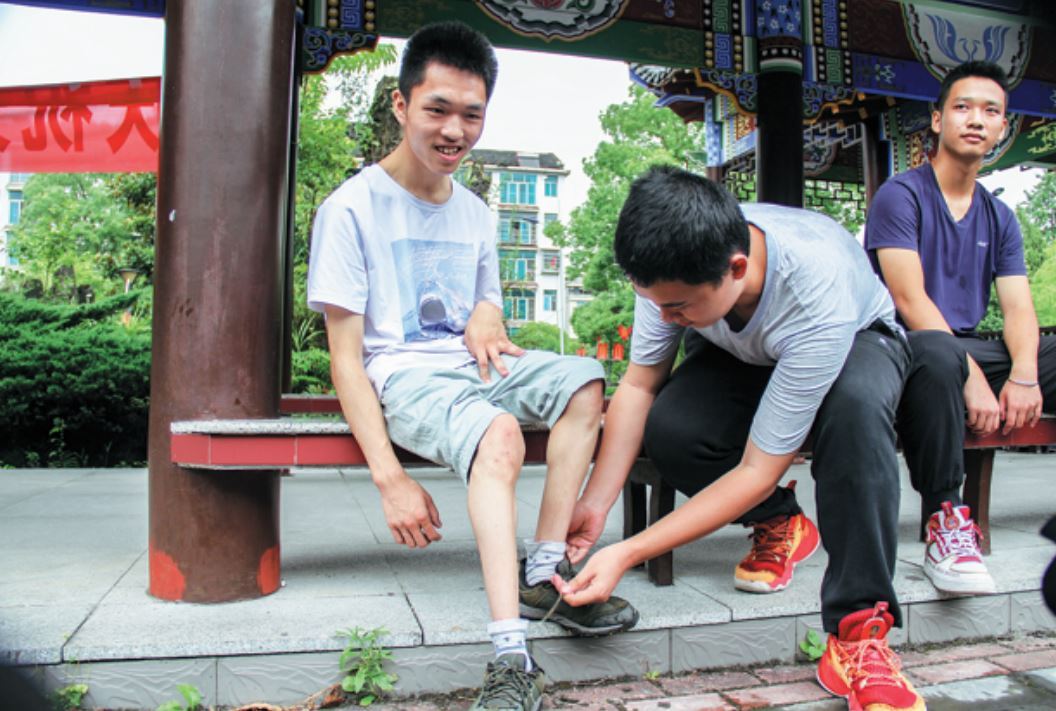 Wu Ye, a 21-year-old who has cerebral palsy, wants to be a top animation designer.

He is closer to fulfilling his dream after applying to study digital media at Communication University of Zhejiang in Hangzhou, capital of Zhejiang province. Wu filed his application after achieving a good score in the national college entrance examination, or gaokao, last month.

A native of Tianzhu county, Guizhou province, he attracted widespread attention after local media posted video footage of him limping into the examination venue.

Media outlets described him as "an inspiring figure full of positive energy".

Wu, who was among millions of high school graduates sitting the gaokao, scored 494 points－38 points higher than the minimum score need to enter first-tier universities in China.

In Guizhou, the minimum score to apply for such institutions this year was 456 and the full score was 750.

In view of his illness, Wu was granted permission by the provincial education authority to spend an additional 30 percent of the standard test time to complete the exam.

Recalling years of hard work, he said he could not fail his family, friends or himself. He never thought of giving up.

Wu's room is piled high with books. "I have a strong ambition. I like challenges and also like to prove that I can conquer them," he said.

He cannot fully control his hands to write properly, walks with a limp and also experiences speech problems.

Wu was diagnosed with cerebral palsy at the age of 2, when his father found that his son could not walk, talk or sit properly. Wu spent nine years learning how to walk, albeit it with jerky movements.

At home, he used a wall to support himself while he walked and also to avoid falling down. The fingerprints he left on the wall bear testimony to his determination to walk and get on with his life.

At school, Wu needed help from classmates to go up or down stairs. Friends usually brought him food to save him having to walk to the canteen.

He said he owed a debt of gratitude to his father, Wu Guoxiong, 47, who described his son as a "diligent, open and positive" young man.

"He has the confidence and ability to face up to his disadvantages," his father said. "I never thought of giving up on him. I repeatedly told him, 'I will never leave you alone'," he said. 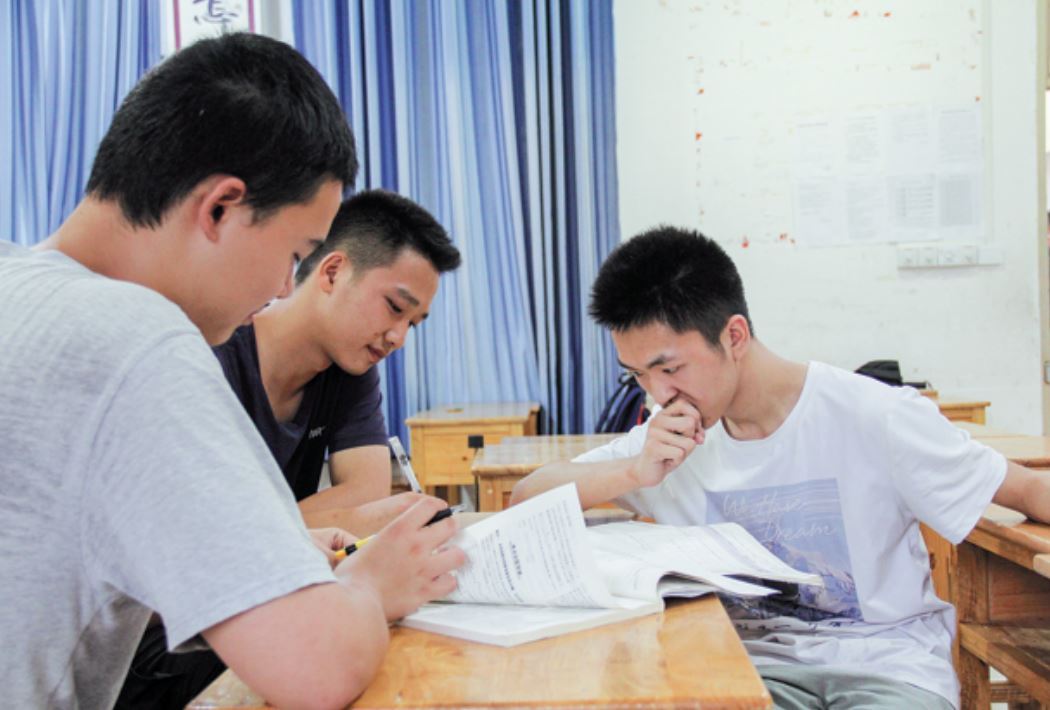 Wu Ye was taken by his father to numerous hospitals for rehabilitation, which included physical therapy and acupuncture treatment.

For six years while he attended primary school, Wu Ye's father carried him between school and home for 40 minutes twice a day.

In the sixth grade, Wu Ye weighed about 35 kilograms, adding to his father's burden.

When he started junior high school, Wu Ye applied to board there to save his father having to carry him to and from school.

After graduating from junior high school, he wrote a letter of gratitude to his father, saying he understood what his parents had done for him and would study hard to pay them back.

His father said, "All I care about is that he has the ability to take care of himself."

After seeing his son's scores in the gaokao, Wu Guoxiong endorsed his decision to study digital media. He also posted this message on a social media platform: "Your future is right in front of you! Come on, son!"

Father and son are now eagerly waiting an admission letter from Communication University of Zhejiang.