Hua Yunqing, a citizen from Zhenjiang City, East China’s Jiangsu Province and his daughter Huahua have kept a tradition of taking photos at the same place for 40 years from 1980 to 2020. 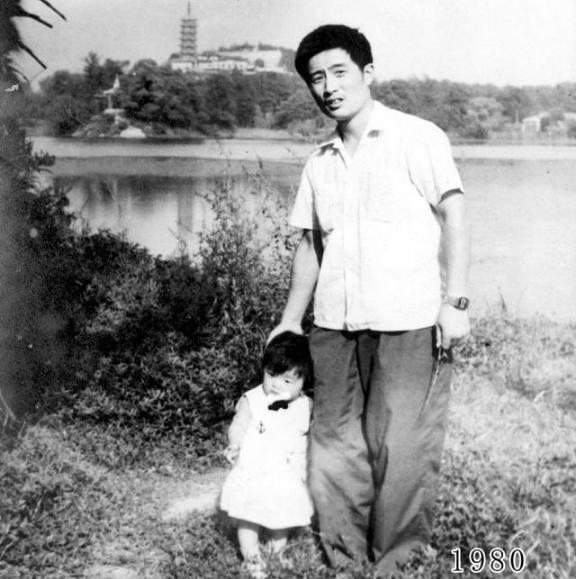 First photo taken in 1980. (Photos from the internet)

On August 26, 1980, Huahua’s birthday, her father brought the family to Taying Lake, Zhenjiang City, and came up with the idea of taking a father-daughter photo. In the next year, they revisited the old place and took another one. 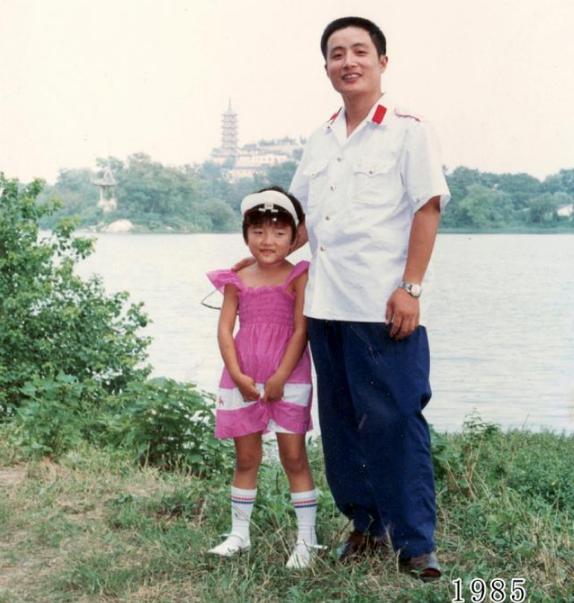 They shot their first color photo in 1985.

Realizing that Huahua was growing so fast, her father decided to keep as many memories as he could by taking photos every year at the same place. In 1985, they shot their first color photo. Later, Huahua was photographed at the age of 8 when she wore a white dress and bright scarf as a Young Pioneer. Three years later, her memory of being a member of the Communist Youth League was engraved on the photo with the League badge on the white shirt glistening under the sun. The only thing unchanged of the photos was that her father always looked cool and caring. 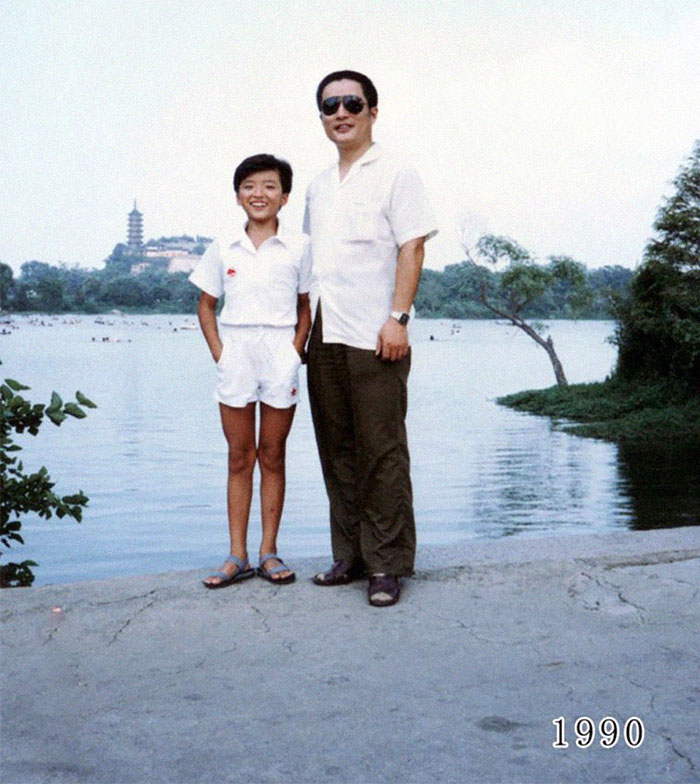 In 1990, the daughter became a member of the Communist Youth League, wearing a league badge on her white shirt.

In 1998, they took the first composite photo as Huahua went to Japan to study. Since then, she has managed to come back to take photos and has never missed one. The photos not only recorded the success of Beijing’s Olympic bid and the joy of being a new mother, but also the grief of losing a loved one, and the continuation of life. 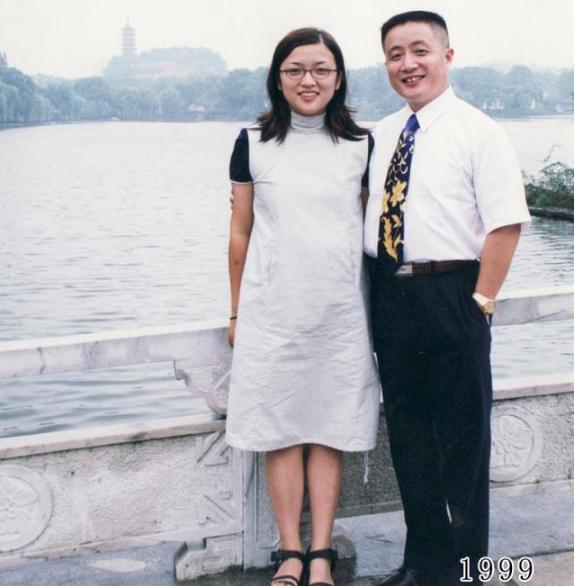 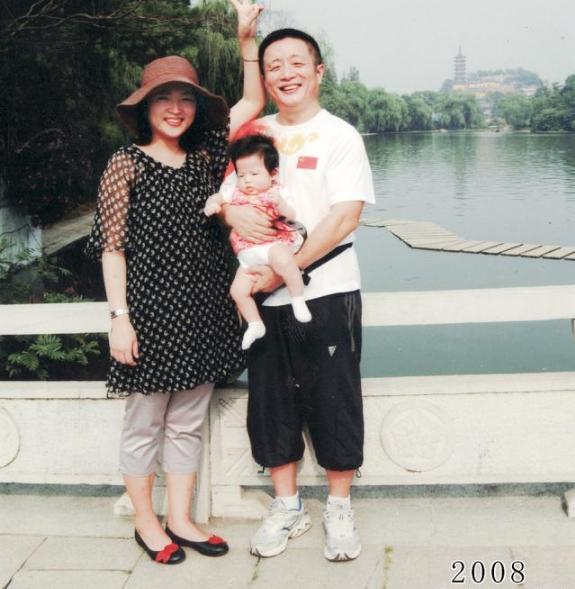 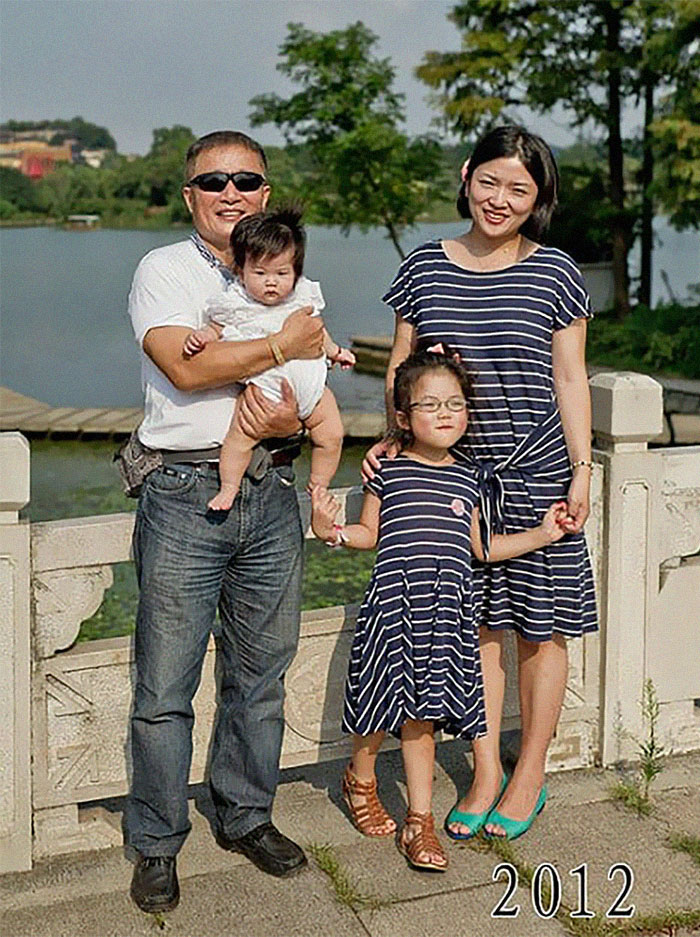 In 2012, Huahua had her second daughter. 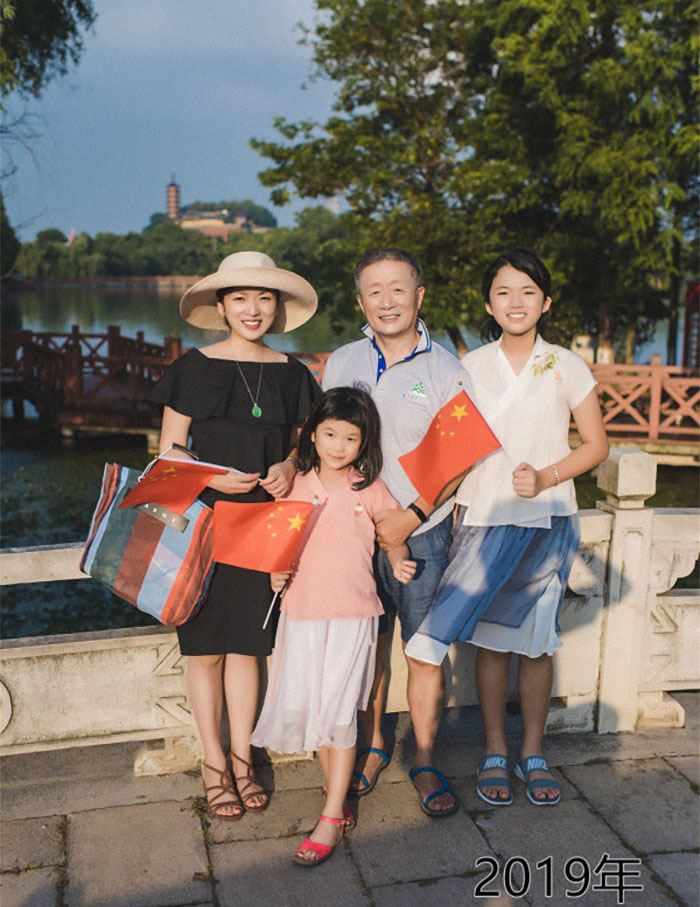 National flags are in the group photo in 2019 to celebrate the 70th anniversary of the founding of the PRC.

These photos were reported “father-daughter chronicles”. 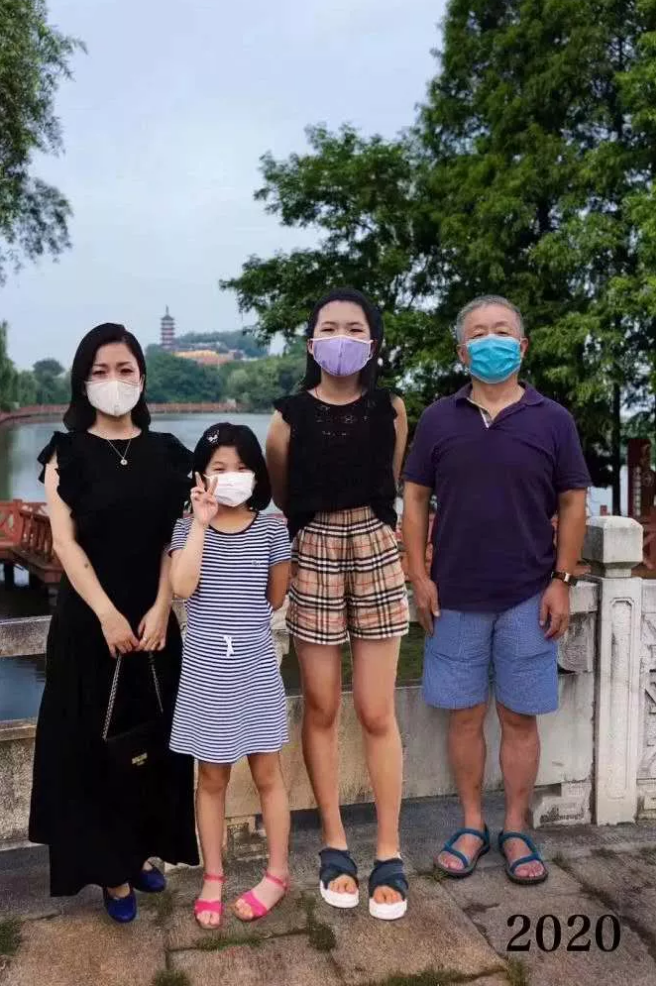 Due to the COVID-19 pandemic, they took a composite photo to continue the tradition.

In 2020, they took a composite photo again as the COVID-19 epidemic prevented Huahua from returning back to her hometown. Youth has faded, but the tradition of taking photos will be passed on in this family from generation to generation.