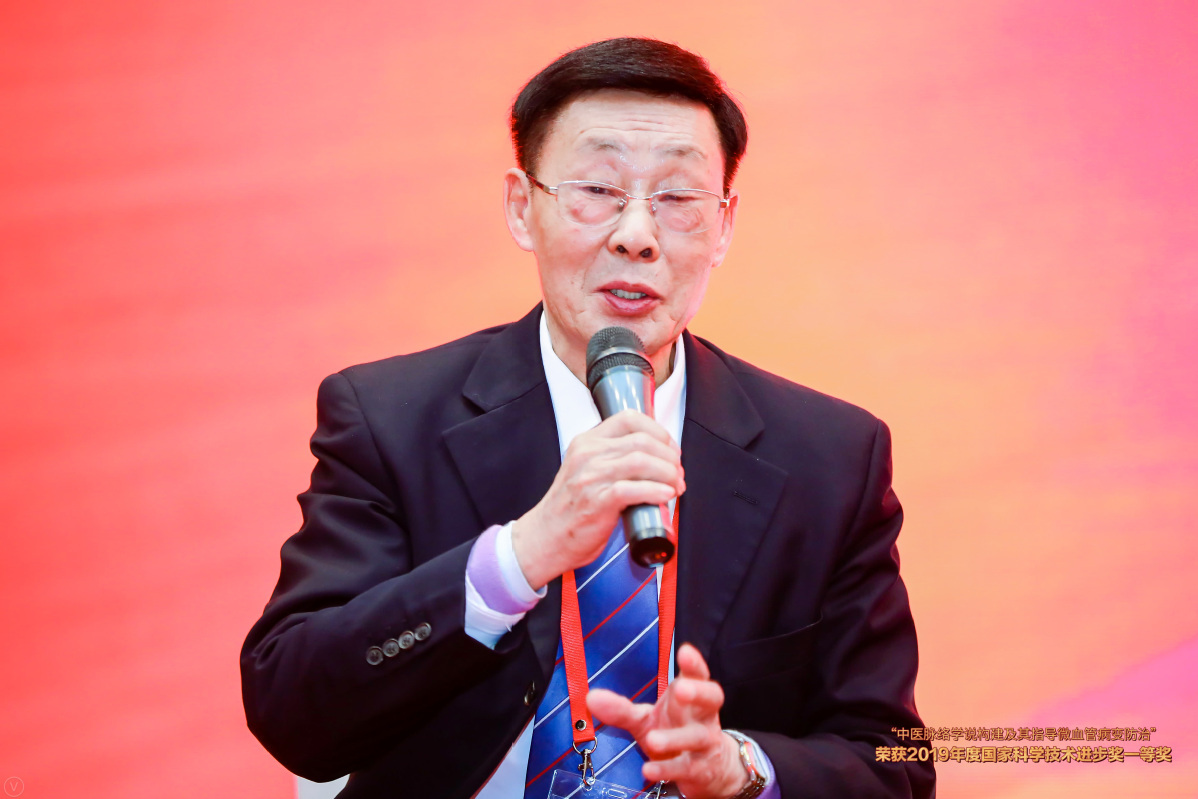 Zeng Dingyin gives a speech after winning one of the 2019 National Science and Technology Awards on Friday. (Photos provided to chinadaily.com.cn)

A father and his daughter from Liaoning province both won the 2019 National Science and Technology Awards at a conference held in Beijing on Friday.

The father, Zeng Dingyin, professor of cardiology at the First Hospital of China Medical University, won the only first prize of the National Science and Technology Progress Award in the medical and health field in 2019, because of his contribution to the construction of traditional Chinese medicine venation theory and guiding the prevention and treatment of microvascular diseases.

The award is the highest level of its kind in the life sciences in China.

The experts regarded the project by Zeng as "a breakthrough in the treatment of microvascular diseases with traditional Chinese medicine". 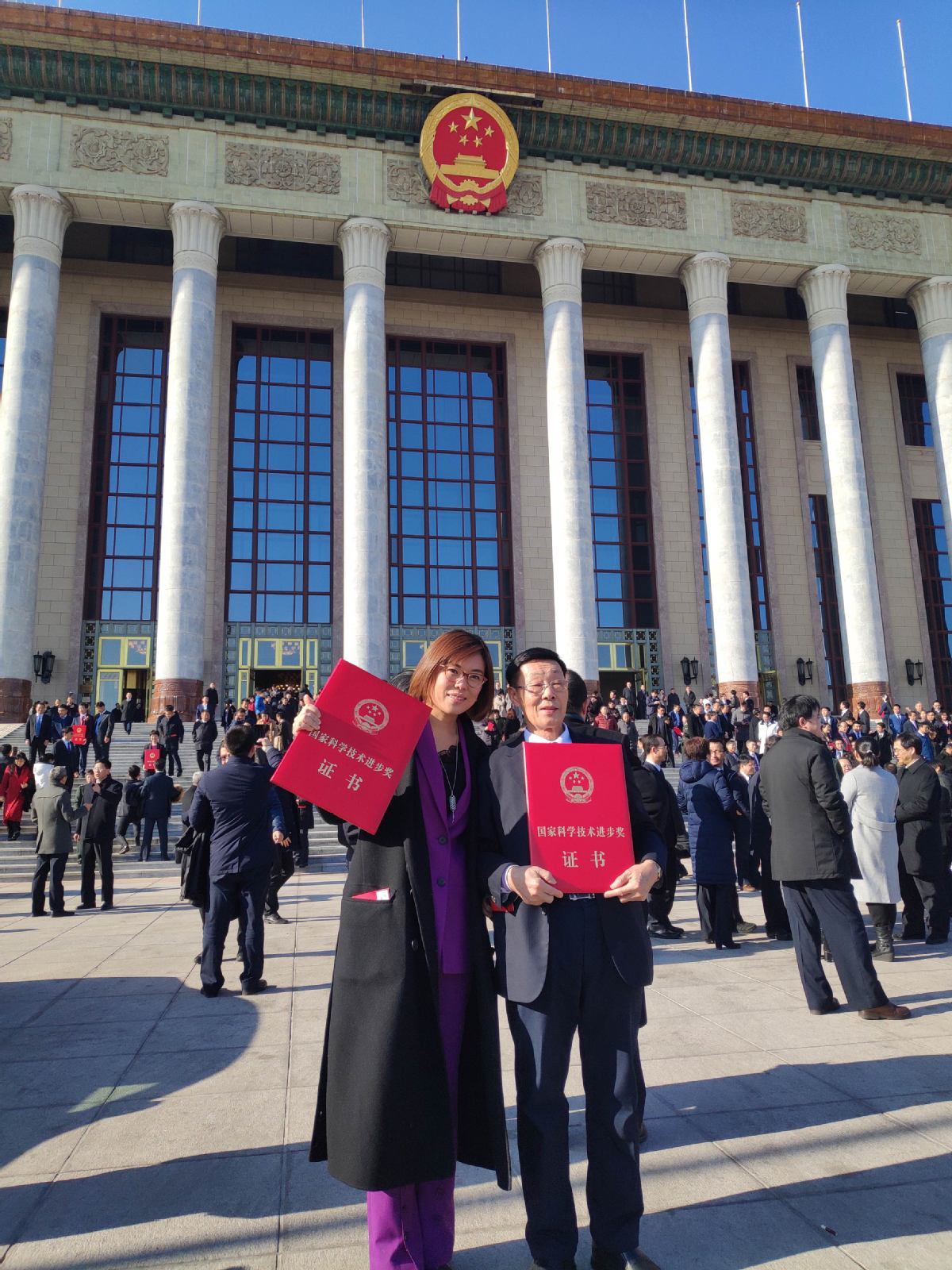 Zeng Dingyin and his daughter, Zeng Rong, take photos in front of the Great Hall of the People in Beijing.

Zeng Rong, his daughter, won the second prize of the National Science and Technology Progress Award in 2019 through a documentary she produced dubbed The Story in ER.

The work is believed to be the first large-scale science documentary on emergency medicine in China. Her documentary, attracting nearly 800 million viewers, uses authentic cases to popularize valuable emergency knowledge to audiences.

Born into a family of doctors, Zeng Rong has been very familiar with medical work since childhood. Although she is not in the medical profession, her parents have had a profound influence on her.

Li Dingdian contributed to the story.