CHANGSHA, June 16 (Xinhua) -- Zhang Zhibing, a waxberry farmer in central China's Hunan Province, does not need to worry about the sale of his products anymore thanks to support from the government. 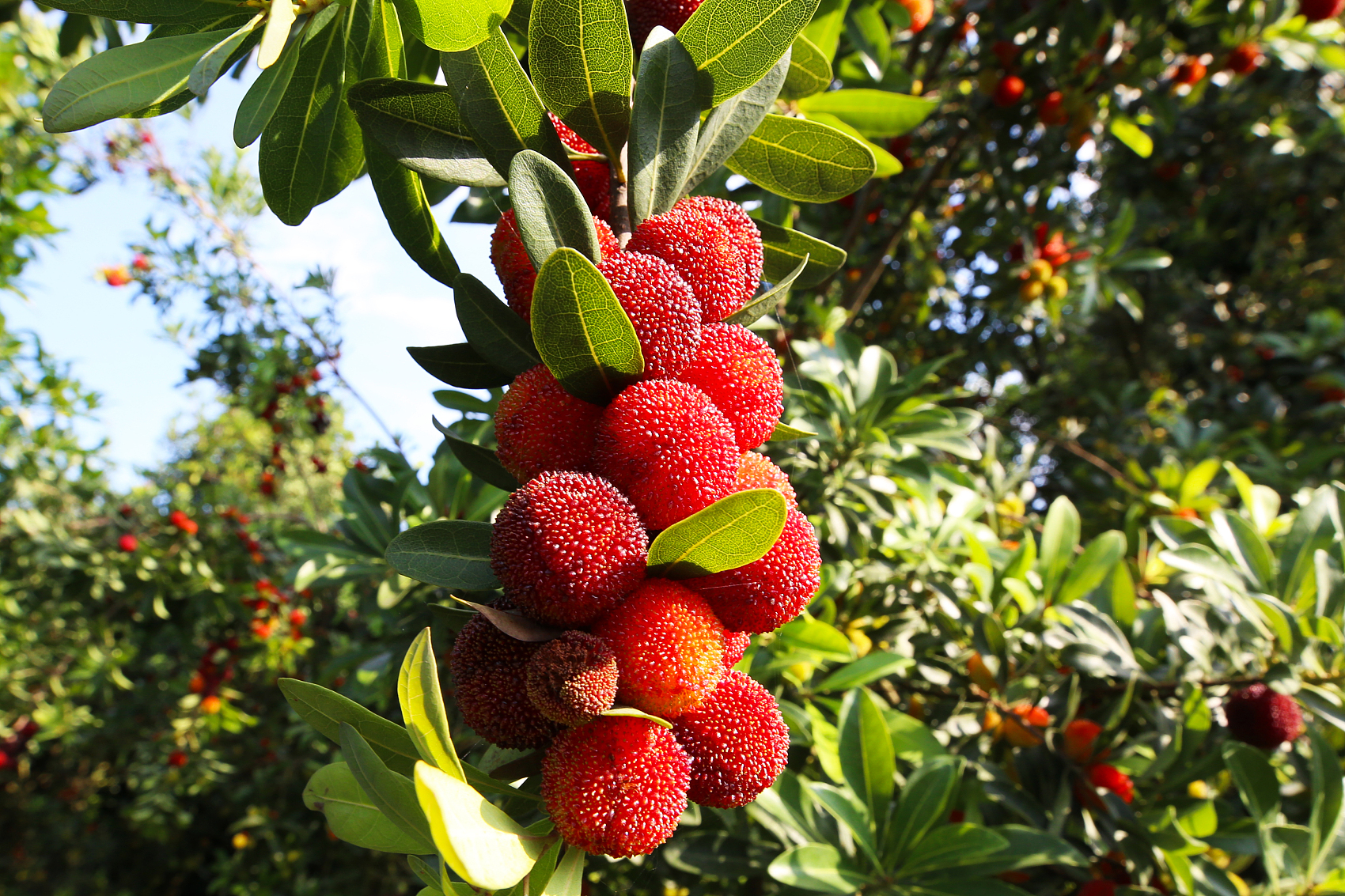 As a fruit that is rich in vitamins, proteins and other nutrients, the waxberry is widely planted in Zhang's hometown, Jingzhou Miao and Dong Autonomous County in the province. The area has a history of producing the fruit for more than 2,000 years.

In the past, waxberry farmers worried about how to sell the fruit in time. "The price of waxberries used to be very low because we must sell them as soon as possible," said Zhang.

"The income of planting waxberries could not support the whole family, so we chose to look for work in Shanghai," he added.

The local government listed the family as a poverty-stricken household and aimed to help them shake off poverty.

Aiming to help the fruit farmers sell their waxberries and increase their income, the county government held a waxberry festival to attract tourists in 2013.

"My waxberries were sold out very quickly at the festival," Zhang said.

The county government also offered subsidies for cold chain logistics, reward for sales, and insurance for the farmers, encouraging them to sell waxberries to customers from all around the country through e-commerce platforms.

The favorable policies inspired Zhang to expand his waxberry business. He led the villagers to set up a cooperative for waxberry planting and distribution in 2016.

"I want to run the business together with my fellow villagers," he said.

The county now has more than 6,660 hectares of waxberry trees and can produce 69,000 tonnes of waxberries each year with an output value of more than 1 billion yuan, lifting more than 15,000 poverty-stricken people out of poverty.

"We hope to develop more waxberry-made products, making the fruit a golden key to enriching the farmers," said Wu Daoguang, an official of the county's agriculture and rural affairs bureau.