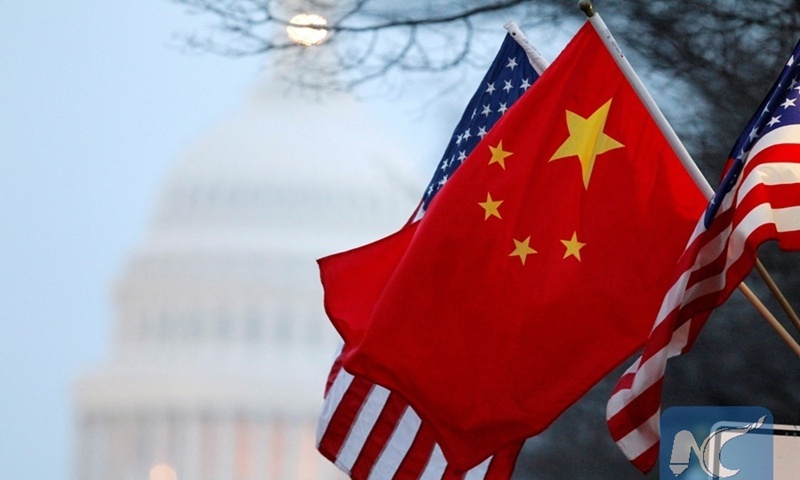 A film released by the FBI and National Counterintelligence and Security Center (NCSC), allegedly based on a real case, fabricates a Global Times website article and smears China for recruiting former US intelligence officials to have access to classified information.

It reveals the US government’s intense efforts to further poison China-US relations and escalate tensions as the strategic competition between the two countries deepens, Chinese analysts said.

The Nevernight Connection, a 26-minute video inspired by what the NCSC called “true events,” depicts Chinese intelligence services recruiting a former US Intelligence Community official via a fake profile on a professional networking site for information.

The video was released on September 30. In a press release, the NCSC said the movie aims at “increasing awareness of foreign intelligence threats on professional networking sites and other social media platforms.”

The film also shows a screenshot of an article “published” on the Global Times’ website at 9:08 pm on June 19, 2019, with the title “US Cold War Mentality Leads to Another Baseless Accusation of ‘Chinese Espionage.’” According to the screenshot, the story’s source is AFP.

However, there is no such story published on the website of the Global Times. At 9 pm on June 19, 2019, the story that actually was uploaded on the Global Times website was about US authorities seizing 16 tons of cocaine in a historic drug bust.

Lü Xiang, a research fellow at the Chinese Academy of Social Sciences in Beijing, told the Global Times on Sunday that the film, released by the US government based on what they called “true events,” tries to poison China-US relations. Some US politicians have now been viewing China as “an enemy” in all aspects, including culture, politics, economy and military.

The purpose of the US playing tricks to smear China is to divert the public’s attention from various domestic issues in the US, but such tricks would only plunge Americans deeper into their plight, he said.

The US, which is well known for conducting the world's widest range of espionage activities, has accused China of hacking and spying without providing any substantive investigations or evidence, experts said.

The US has abused its legal system against a number of Chinese firms and individuals in the past years to create political issues, but did not conduct any actual investigations and almost never provided evidence of misdeeds to Chinese side, the experts noted.

In the FBI’s web page about the film, it also listed some case examples. One of them included a Singaporean man who was convicted in the US of spying for China in July.

However, responding to related question at a press conference in July, Wang Wenbin, spokesperson of Chinese Foreign Ministry, said that US law enforcement has lately been busy hyping up so-called China infiltration and espionage issues to the point of paranoia. It is open knowledge that the US runs an aggressive espionage and theft program all across the globe, sparing not even its allies, Wang said.