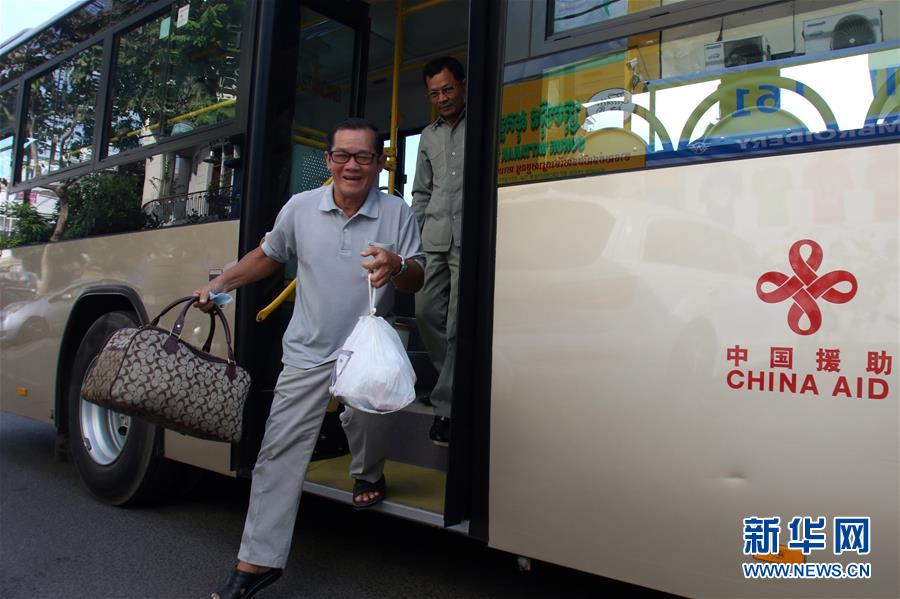 January 5, Phnom Penh, Cambodia, passengers get off the bus donated by the Chinese government. (Photo: Xinhua)

Well-equipped with high-tech and air-cons, Chinese Yutong's 'smart' buses have brought a safe and comfortable riding choice to passengers in Phnom Penh, the capital city of Cambodia.

Donated by the Chinese government in July 2017, 98 buses have been used to serve passengers on five out of the eight main lines in the city, and have attracted hundreds of thousands of passengers each month.

DESIGNED BASED ON LOCAL CONDITIONS, EQUIPPED WITH SMART CONTROL SYSTEM 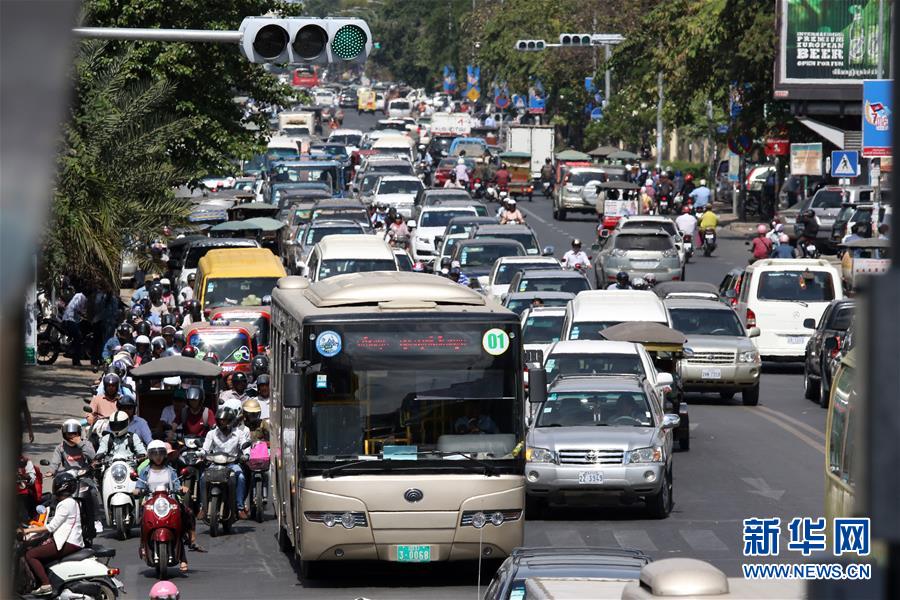 Yutong's sales manager for Asia & Pacific Division Jiang Lin said the buses, designed based on the actual conditions of Phnom Penh, had been equipped with intelligent management system and air-cons, and they were capable of carrying 80 passengers each, including 35 seating and 45 standing.

"Phnom Penh experiences both wet and dry seasons with a hot climate, so the buses were manufactured according to these local conditions like wet and high temperature," he told Xinhua.

Jiang said the buses were helpful for Phnom Penh to build a complete public transport system, to alleviate traffic congestion and provide the public with comfortable riding experience.

"The buses have won the praise from the Phnom Penh government and the public because of high quality, comfort and excellent-after-sale service," he said.

Through Yutong intelligent city bus system, the Phnom Penh City Bus Authority (CBA) could monitor the real-time condition of the 98 buses via a computer or a smart phone, he said, adding that the intelligent system has more than 20 functions, such as analysis report on energy saving potential, oil monitoring, multi-dimension statistics of faults, supplement record statistics, monthly maintenance schedule of vehicles, and overview of energy consumption.

"This intelligent system will help Phnom Penh to build a modern city bus transport system," he said, adding that Yutong will provide more engineers and technical support to the CBA so that it can build the "smart" bus control center in 2018.

"Undoubtedly, the China-made buses will be more and more popular among Cambodian people and help Phnom Penh transport system develop rapidly," he said. 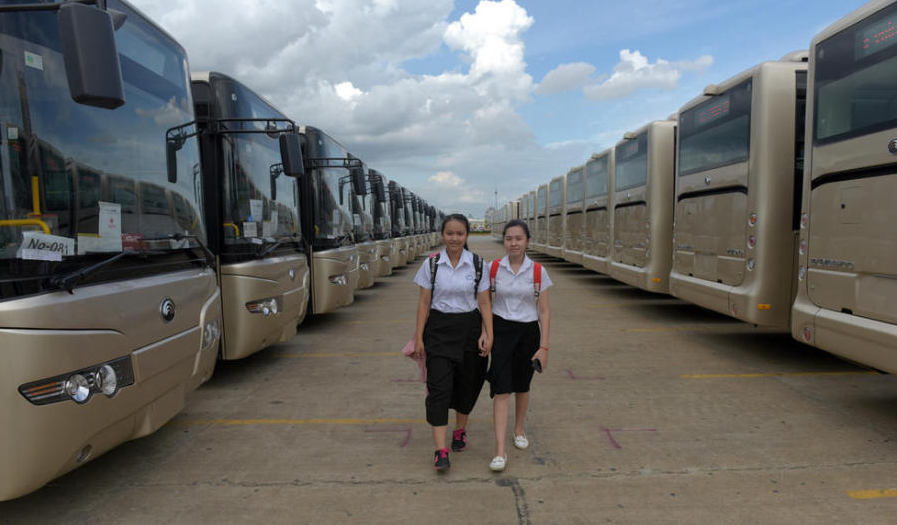 Ean Sokhim, director of the Phnom Penh City Bus Authority, said the "smart" buses had good-looks and are equipped with advance technology such as GPS (Global Positioning System) and cameras.

"I used to ride the bus to my office, and it is comfortable, equipped with air-cons, clean, and easy to travel," he said. "In the bus, we can talk on telephone, or play Facebook."

Sokhim said since the launch of the new buses, more and more people had switched from using their own vehicles to use the city bus service, and even local and foreign tourists also boarded the buses for city tours.

Previously, there were only between 6,000 and 6,500 passengers per day, but since the operation of the new buses, the number of passengers has remarkably increased to between 16,000 and 17,000 per day. Sokhim said. "This truly reflects strong support and satisfaction from passengers."

"My Line No. 3 attracts a lot of passengers, especially on Saturdays and Sundays," he said, adding that the bus welcomed more than 200 passengers in a single trip, and most of them are students, garment factory workers, and private company employees.

"A passenger pays 1,500 riel (about 0.37 U.S. dollar) for a single trip. However, the bus is free for the elderly, Buddhist monks, disabled persons, students, teachers, and garment factory workers," he said.

Seng Voleak, 23, an employee at the Shinhan Khmer Bank, said she rode the city bus twice a month to travel from her home in central Phnom Penh to a taxi station on the western Phnom Penh suburb before catching a taxi to her hometown in southwestern Kampot province.

"Traveling by bus is safer than by motorcycle or tuk-tuk and save money. More importantly, the bus has air-cons," she added.

"It saves me a lot, and there is no risk. Unlike riding a motorcycle that I face traffic accidents and expose to hot sun and dust," he said. "Riding bus spends little money, it is comfortable and safe."