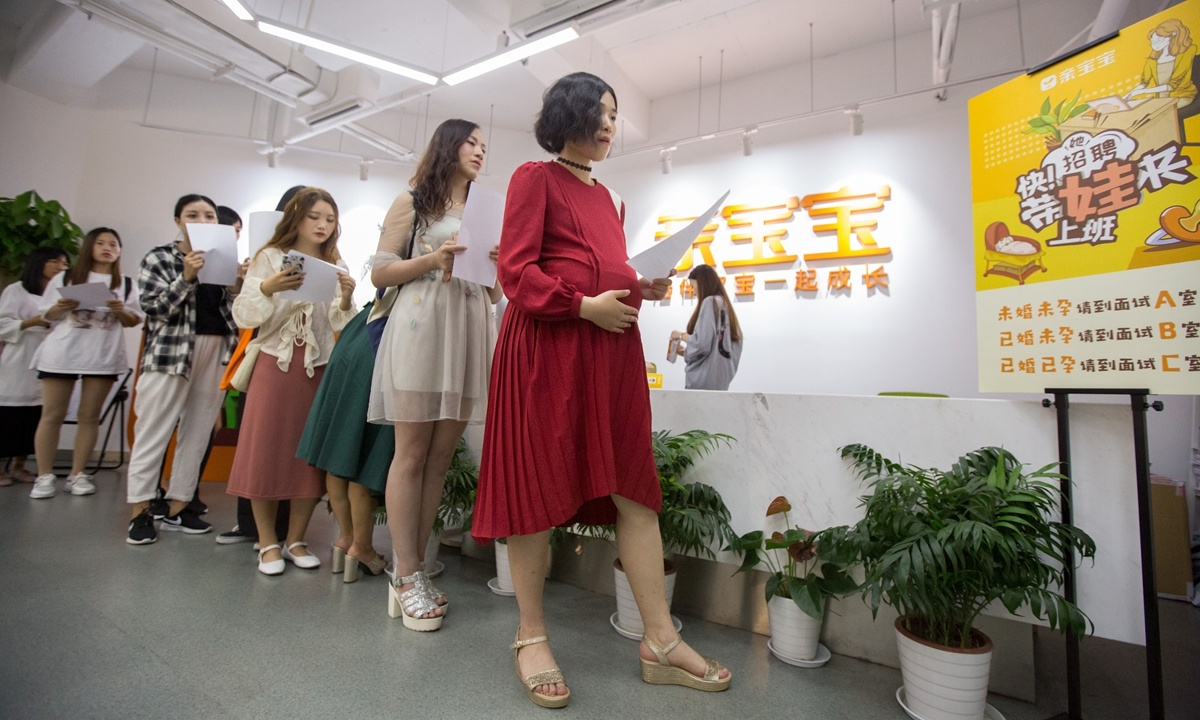 A female job applicant from Southwest China's Chongqing municipality was required to guarantee that she would proactively quit her job once she gets pregnant, stirring public concerns over workplace gender discrimination.

The unreasonable request was proposed by a hotel manager during the woman's job interview with the hotel in Chongqing. "I got married last year and I am 28 years old. Just because I don't have a child, should I be treated this way? What sense does the maternity insurance make?" the woman said.

The local social security authority intervened in the incident and replied on March 5 that it had required the company to protect the workers' rights and interests in accordance with the labor security laws and regulations. The company and the job applicant had dealt with the incident through negotiation.

During this year's two secessions, several deputies to the National People's Congress (NPC) and political advisors of the National Committee of the Chinese People's Consultative Conference (CPPCC) suggested to extend maternity leave to tackle China's low birth rate problem, including one proposal to extend maternity leave to three to six years to take care of children.

However, offering mothers of newborns more paid time off would not necessarily be music to the ears of some mothers whose employers would not welcome such moves.

A related case involved a female employee surnamed Zhong from South China's Guangdong Province, who was fired by her company because she asked for an extra 80-day paid maternity incentive leave according to the local population and family planning regulations apart from the legitimate 98-day paid maternity leave.

Her company terminated her labor contract with the reason that she was absent from work.

Zhong filed a lawsuit against the company, which the local court ruled that it should pay Zhong for her economic losses of maternity leave, maternity incentive leave, breast-feeding leave and compensation for illegally terminating her labor contract.

Although most internet users on Chinese social media platforms agreed with the authorities' handling of these cases and felt sympathetic toward the women, they also believed it to be a complicated issue in which interests of both sides are difficult to balance.

Some netizens commented that although experts are racking their brains to think about incentive policies to encourage childbirth, the workplace environment however is not friendly to female employees no matter whether they have children or not.

A netizen named TheLastGentleness commented that it is necessary to protect the reproductive rights and interests of female employees, but it will inevitably cause a bad result if just the employers are made to pay the bill. After all, companies are not charities.

Wang Le, a lawyer from Hunan Hongyi Law Firm told the Global Times that due to China's two-child policy and the economic slowdown in recent years, many companies are indeed unable to bear the social security pressure.

"The proposal of this year's two sessions that men are entitled to maternity leave is a good suggestion, which is expected to place men in the same situation as women in the workplace," Wang told the Global Times on Monday.