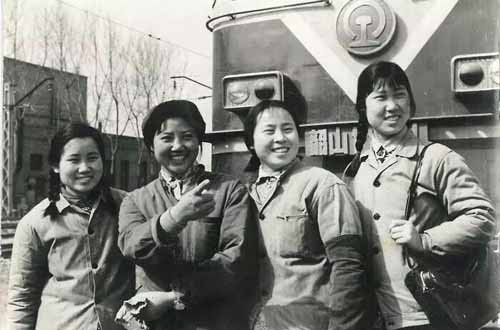 Dozens of outstanding female workers have made strong contributions to the development of the Baocheng (Baoji-Chengdu) Railway between northwest China's Shaanxi Province and southwest China's Sichuan Province over its 60 year history, according to a recent media profile.

The regional line was completed and first opened to passengers in 1958. Over the past 60 years, many have witnessed the pioneering spirit and continuous self-improvement of generations who kept it running smoothly.

Among them, female staff have persisted through their youths to drive the trains on the line and provide it with safe maintenance all along its tracks.

The Baocheng line was the first electrified railway in the People's Republic of China. The first-generation of female electric locomotive drivers in the country were thus also born there.

At the end of 1973, the Baoji Electric Locomotive Section in Shaanxi decided to recruit a group of female drivers. Despite the high standards, many signed up.

After several rounds of selection, Gao Kunpu, 22 at the time, and another 20 women were lucky enough to be among the first batch.

Recalling her work experience, Gao was impressed by her master's advice on driving safety, "Drivers should never fall asleep at the controls. You must be responsible for the safety of your passengers or the goods."

Gao and other drivers tried everything to make sure they stayed awake on duty: "We used strong tea to refresh ourselves. I would go back and forth sitting for a moment or standing for a moment. Then I would not fell asleep on any means of transport."

However, that was far from enough to be a qualified train driver. They should master locomotive driving technology as well as deal with sudden failures and other unexpected incidents. 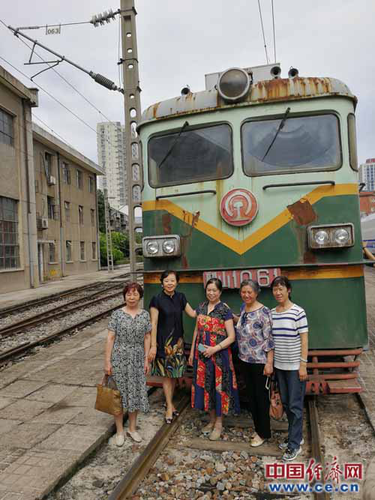 Once, Gao's crew took over the train from Lueyang and pulled an 1,800-ton truck back to Baoji.

Approaching the Qinling railway station, there was a big curve in the track and long ramps. Many locomotives got stuck there. Moreover, the train was getting slower and slower as snow froze on the track.

At that moment, the engine was suddenly idling continuously. Although Gao kept stepping on the sand valve, the speedometer needle went up and down, and the speed was still falling.

Gao immediately realized that the sand in the front sandbox was running out and said to the assistant driver decisively, "Get off and scatter the sand!"

The two co-drivers immediately jumped off the slow-moving locomotive, loaded sand from the back sandbox, and sprinkled it on the tracks in front of the locomotive.

Gao took all the remedial measures in a nervous and orderly way. Finally, the locomotive slowly picked up speed and drew into Qinling station.

Over the years, Gao has witnessed many dangers and accidents, and has participated in several railway accident rescue.

Those female drivers have practiced their driving skills and made outstanding achievements on their posts, leaving a brilliant page in the history of China's railway development.

In the early-70s, with the opening of the electrified railway of the Baocheng Line, the maintenance of the contact line was difficult due to the high voltage and high altitude.

The team was formed in response to appealing to the idea that "women are as good as men" and have great endurance.

At that time there were over 30 members of the team, with an average age of 22.

Adapting to the aerial work, members had to control their weight, diet and sleep time, and the technical instructors formulated a strict training method for them.

They had to get up and run at 4 a.m., and began to learn technical regulations, safety regulations and analyze accident cases.

After breakfast, they would do arm and wrist training by cutting iron wires with one hand; and, they would compete with each other in hanging strings, lifting towers and changing wires.

In the evening, everyone would gather together to sum up work of the day. It was common to stay up until 1 or 2 a.m.

It was because of their dedication and brave spirit that they did not fear the hardships of training with outstanding technology, and challenged male workers in the skills competition.The women technicians recorded no accidents in five consecutive years.

Today, although the group's members are all retired, they still miss those days when they were not afraid of hardships and suffering. 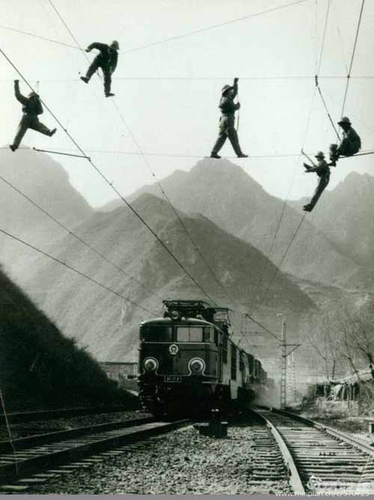