Along the mountains of Maolan National Nature Reserve in Libo County, southwest China's Guizhou Province, a plant called blue spikemoss with shining blue leaves grows in the moist soil or in the crevices of the rocks, attracting tourists to stop and admire.

Blue spikemoss (Selaginella uncinata) is endemic to China and is mainly distributed in Guizhou, Yunnan, Sichuan and other provinces. The leaves appear blue because of an optical phenomenon caused by the special structures of the chloroplasts, which will fade when cultivated under strong light for a long time. The plant likes a warm, moist, semi-shady environment and can usually be found in humus soil, damp weeds near streams, caves and crevices. 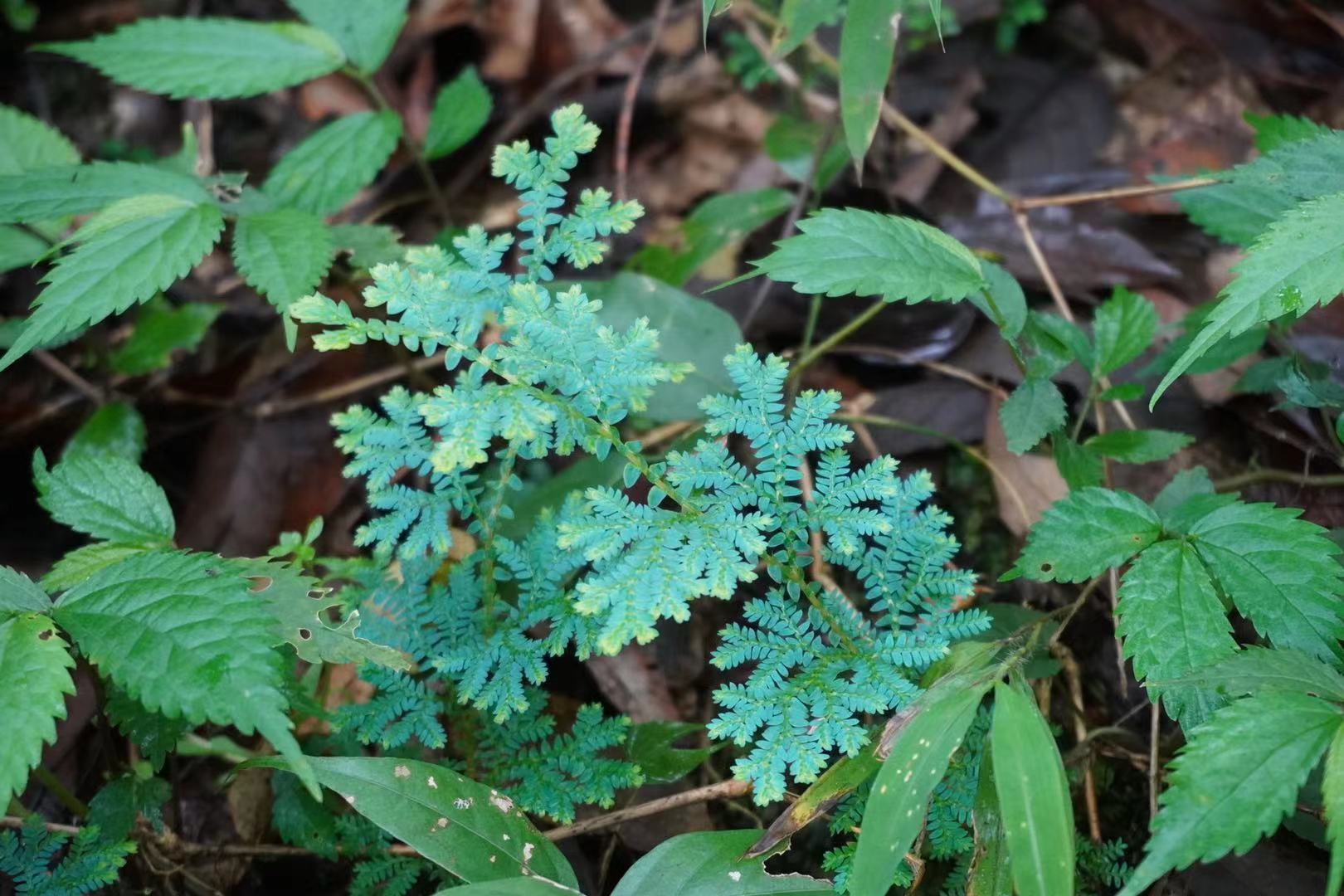 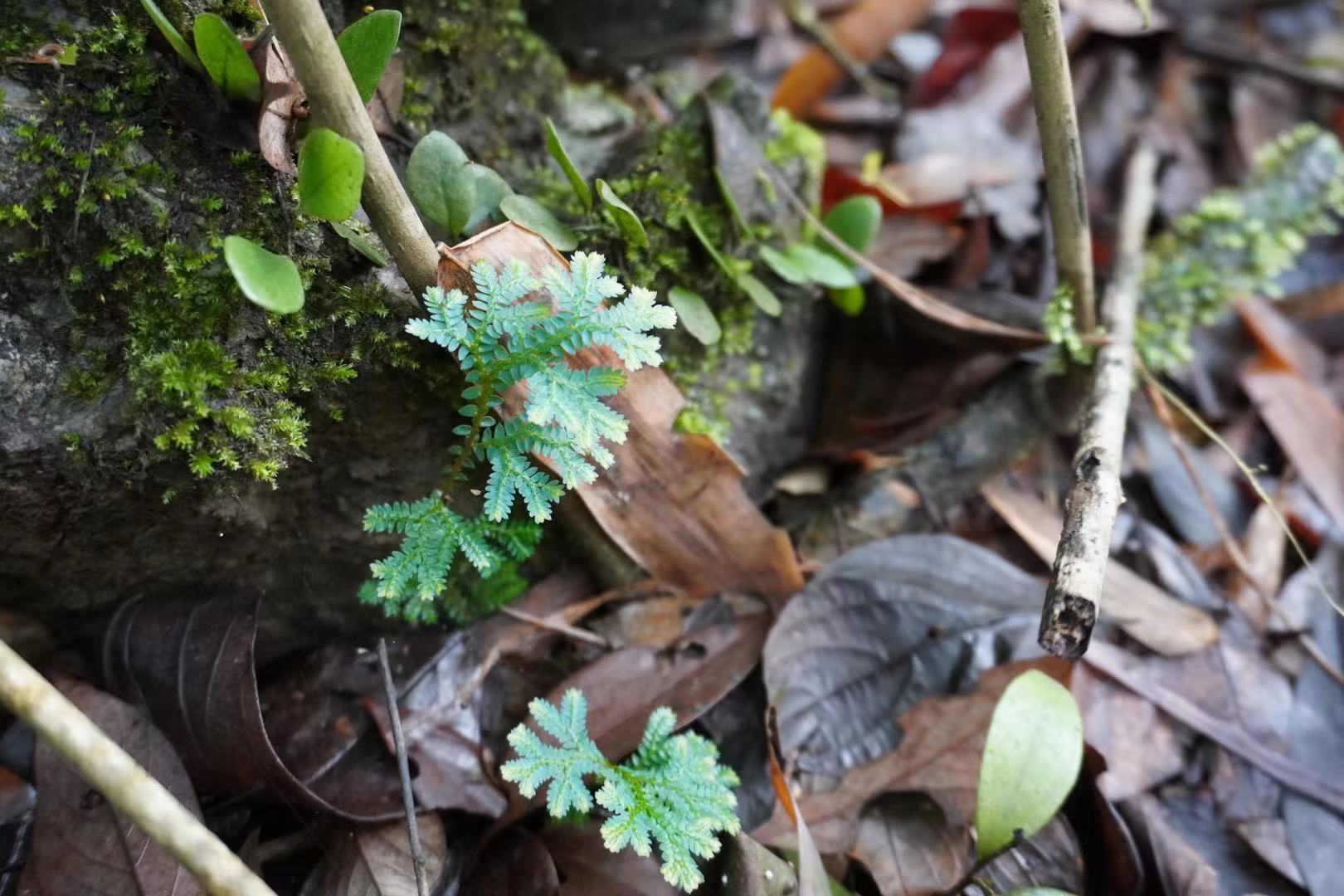 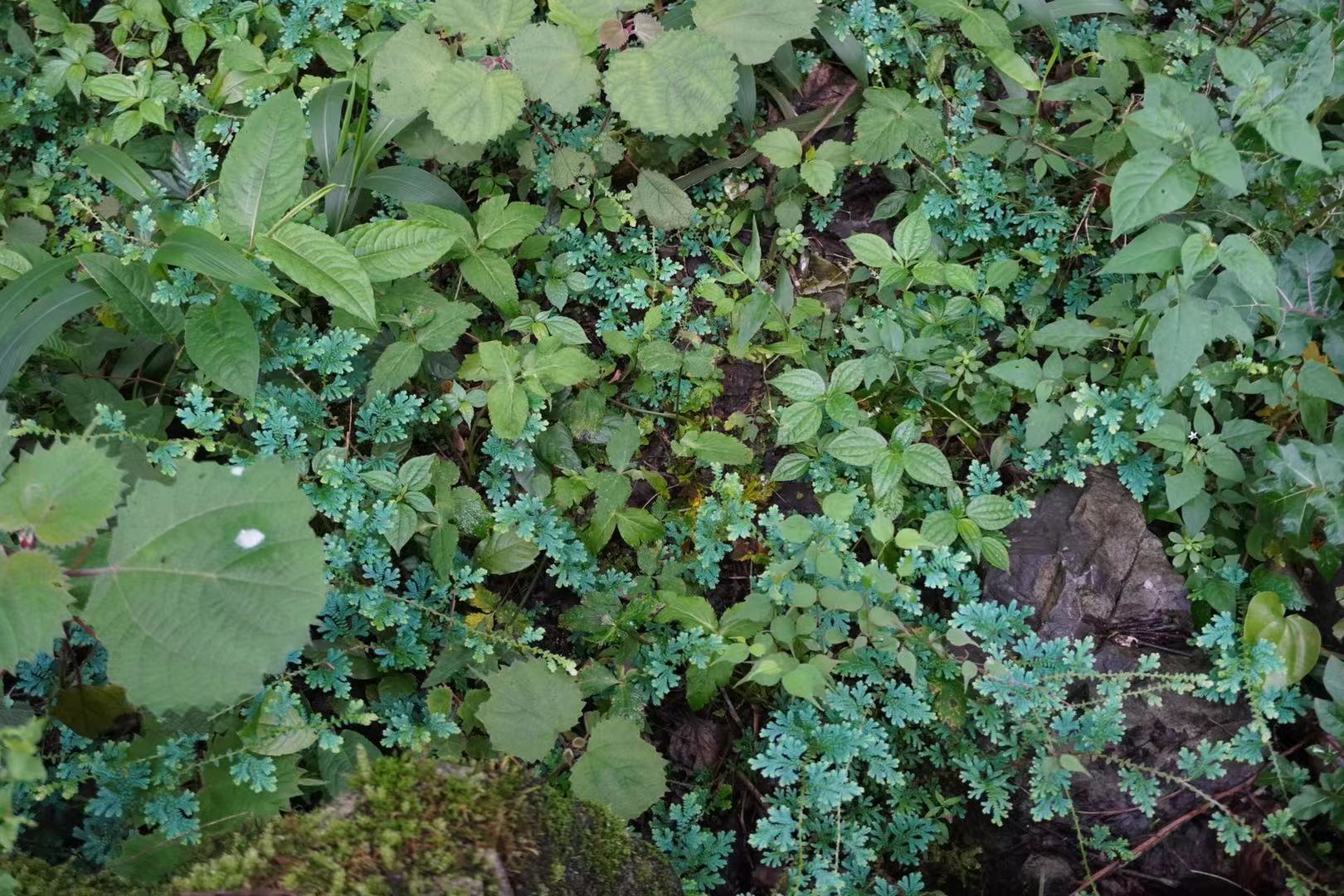